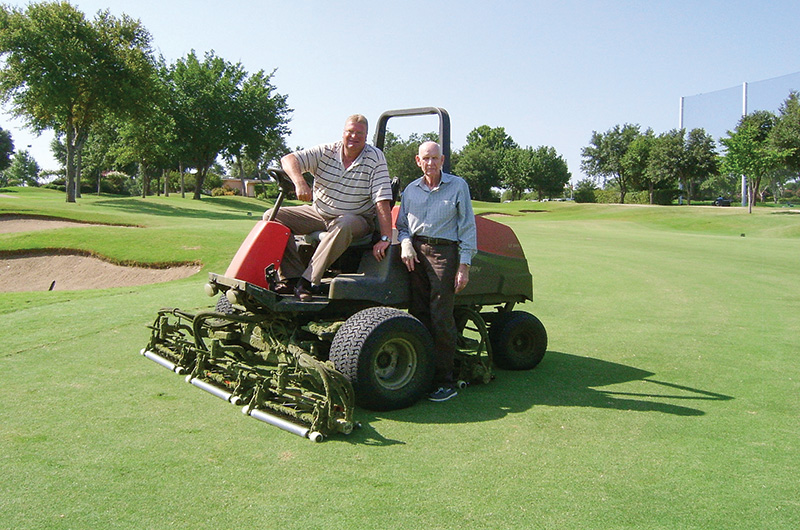 A family legacy at the Dallas Athletic Club

Superintendent’s family team of Kevin Nettles (left) and his late father, Clyde, has been a staple of the Dallas Athletic Club for 50 years.Photos courtesy of Kevin Nettles

The Dallas Athletic Club recently ended a historic legacy between father and son with the retirement of golf course chief superintendent Kevin Nettles, concluding a 50-year tenure between him and his father, Clyde, both members of GCSAA, overseeing the installation of 36 holes.

Kevin first set foot on DAC property in 1971, when his father became chief superintendent of the Jack Nicklaus-designed championship courses. Kevin was 6 years old. He worked with his father, learning the trade and the course, until the couple switched roles in 1999 when Clyde retired. Clyde continued to spend time at the Dallas Athletic Club, providing assistance and advice, until his death in 2020.

The Dallas Athletic Club hosted the 1963 PGA Championship, won by Nicklaus, along with the 1997 US Mid-Amateur, and the father-son combination highlighted the family culture at the private North Texas facility.

“This course has been my life since I was 6, living behind the maintenance barn, following my dad, building, shaping and maintaining things year after year,” says Kevin, a GCSAA member of 36 years. “It pains me to take credit for our golf course, but I hope the members feel like they get their money’s worth here.”

The answer for those who have worked with him over the decades is that DAC got more than he would ever get paid. 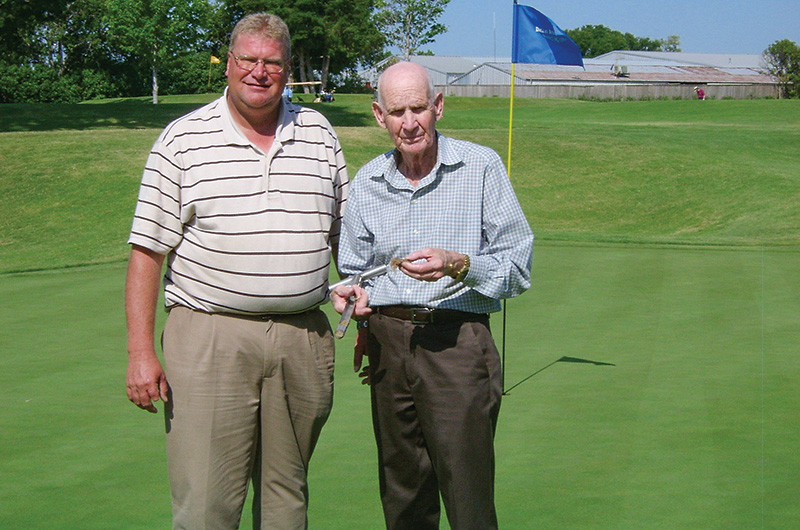 Clyde Nettles (right) launched his era at the Dallas Athletic Club in 1971. In 1963, Jack Nicklaus won the PGA Championship there. In 1986, Nicklaus Design renovated the Blue Course.

Nettles said that while other fathers and sons are certainly involved in running golf courses around the state of Texas, he and his father were the only ones who spent so much time together at the same club.

For his years of work on the golf courses at the Dallas Athletic Club and service to North Texas golf in general, Kevin received the 2021 Distinguished Service Award from the North Texas GCSA.

“I can’t tell you how much I will miss Kevin, his wisdom and his help to the club,” Dallas Athletic Club general manager Brent Burkhart said. “He literally saved the club tens of thousands of dollars through the work he did internally.”

“His history with the club is incredible. He knows more about the property than anyone,” adds Lance Patterson, the club’s head professional golfer. “When I first came on as chief pro 13 years ago, he was invaluable to me in understanding why things happened the way they did and what everything meant. “ 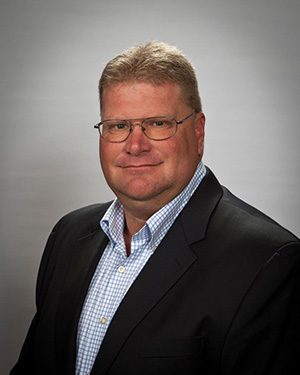 Kevin Nettles is a 36 year old GCSAA member who has been with the Dallas Athletic Club since he was 6 years old.

Nicklaus, who has involved many members of his own family in his golf course construction work, said having Kevin and Clyde working together at the Dallas Athletic Club always gave him an extra level of comfort.

“When my Nicklaus Design team and I redid the Dallas Athletic Club blue course in 1986, father and son were there to ensure the golf course was cared for and protected for generations of members to come,” says Nicklaus . “I was there in 2019 to help the club celebrate its centenary, and I could see that golf was (still) in good hands.”

Burkhart said having a trusted superintendent on a club’s senior management team is key to any organization, but especially a private, family-oriented club like his.

He said the two Nettleses were always willing to help, but never acted like they were superior to others.

“He (Kevin) was almost always the smartest person in the room. He was always there to help, but never bragged about what he could do,” Burkhart says. “He was just like, ‘ Do you want me to watch it?’ And then he would have the answer. He worked so well with our team. He could just carry the load and wouldn’t compare to anyone else.

At a time when many clubs hire consultants to help plan renovation projects and then spend thousands to hire a team to do it, the Nettleses would do the majority of this kind of work in-house for many years. with their talented club maintenance team. “It’s something they don’t teach you in school or any superintendent training program. They just do the work and do it,” Patterson says.

Nettles says the idea of ​​doing projects in-house instead of outsourcing them to others came from the early members. Several of these members, Herschel Brown and others, owned local construction companies and would actually bring their company’s equipment to the field in the early 1970s.

“He (Brown) would bring a bulldozer here, and that’s how we started doing our own work,” Kevin recalls. “I think the question was, ‘Do you have the confidence to take on a big job?’ And we always have.

Longtime Nicklaus associate Chet Williams, who now has his own business and has worked with the Nettles for years, says seeing them in action was a throwback to the early days of the superintendent profession.

“As a golf course designer, I can’t imagine having a better golf course superintendent to work with,” he says. “Kevin and I have worked closely together at the Dallas Athletic Club for over a decade, and I can say with confidence that he has been an integral part of the improvements that have been made. I consider Kevin a trusted collaborator and also like a great friend. 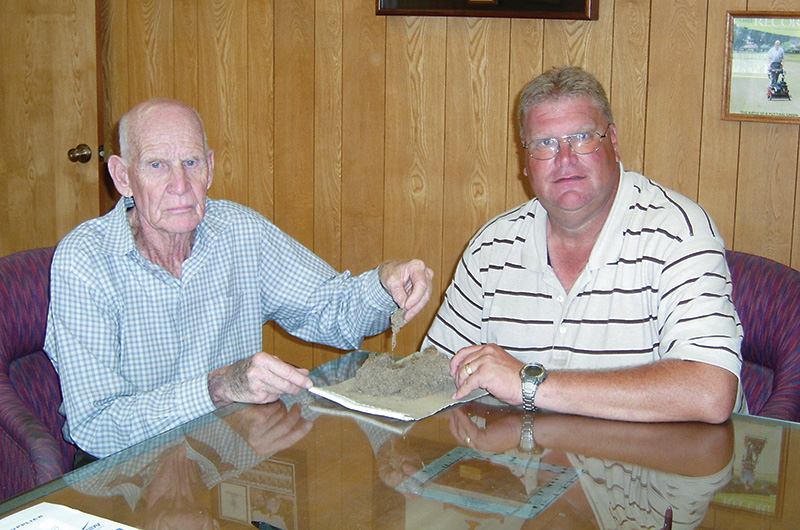 Kevin Nettles succeeded his father, Clyde, as superintendent in 1999 when Clyde retired, although the father remained to provide guidance and assistance.

Nettles says the 50-year tenure between him and his father overseeing the same golf course is unmatched in Texas — or anywhere else, as far as he knows. For him, it was a labor of love.

“It’s so amazing to see what the club has become over the past 50 years and what has happened,” Nettles said. “The club has grown, but now I think it’s sitting on a gold mine for the future. The industry has really grown, and everything has gotten much bigger. The standards are so much higher than when I started.

“2020 has really been a difficult year for me with the death of my father and my (myself) illness, but the club have rallied around me and helped me as the family that they are.”

Kevin said he would stay at the famed club and looked forward to assisting the new course superintendent not named by Nettles at the facility: Travis Moore, GCSAA Class A superintendent, association member since 17 years. Moore has his own family ties to golf course management as the son of Jim Moore, longtime Director of Education and Outreach for the USGA Green Section (see ‘Texas’ first family of turf in the August 2020 issue of GCM, https://bit.ly/387P6W5). Kevin looks forward to encouraging continued improvements that build on his family legacy that made the Dallas Athletic Club so successful.

“Our legacy?” he says. “I just hope we were good value for DAC.”

“That era may be coming to an end,” adds Burkhart, “but our team appreciates him beyond belief. He’s just that kind of people. There really is a sense of family with Kevin and the club. , which will continue to make DAC so special.

Nicklaus says the unique connection to the Nettles’ course may be coming to an end, but what the North Texas club has meant to him and countless others will continue.