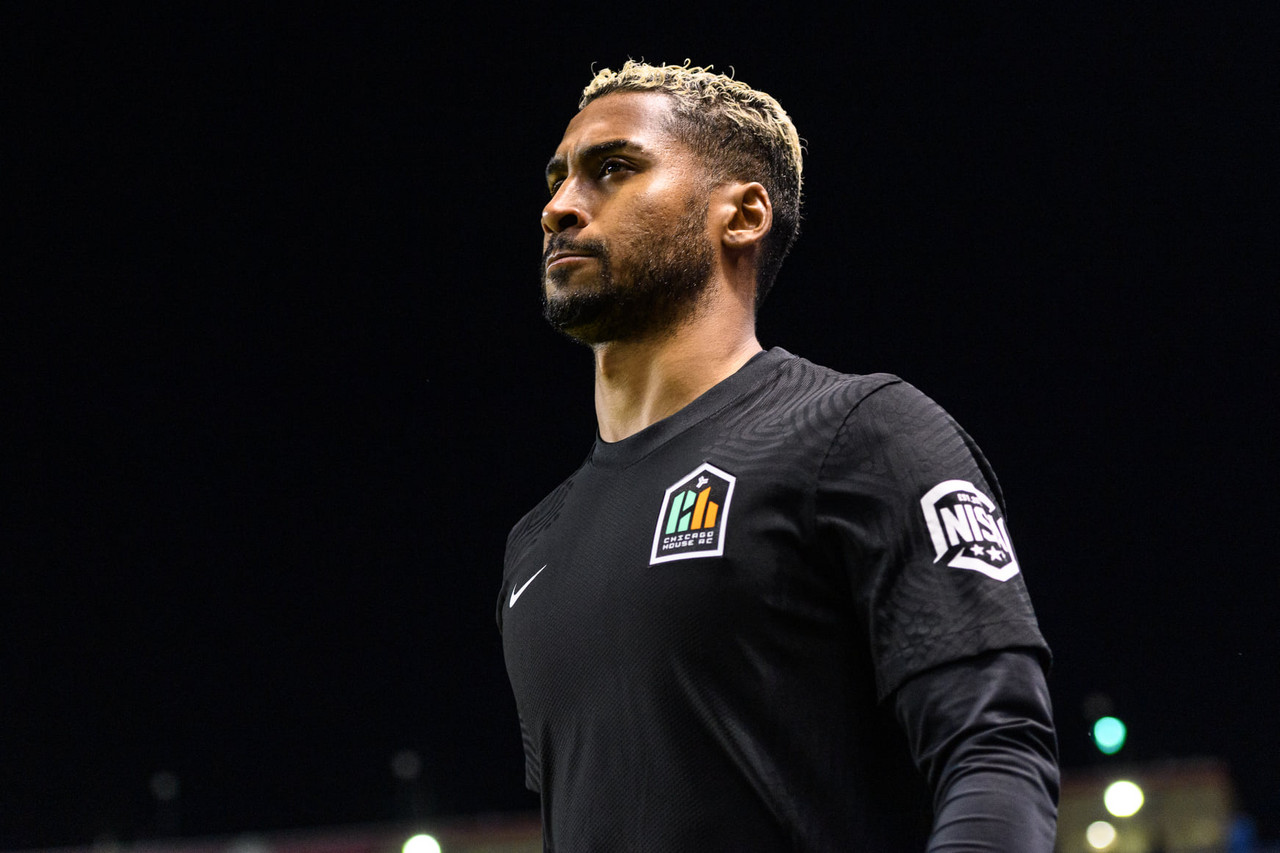 An exclusive interview with Nazeem Bartman, the recent impactful arrival of the Chicago House Athletic Club

For many, he was just someone they saw on the squad roster page. He may have been the club’s number 10, but he didn’t play on the pitch for almost two months. With Chicago’s lack of updates on his social media status, he has become an almost invisible figure.

Everything changed in October. Bartman started to play, and he started to play well. Just like that, he added new momentum to the offense, and the House reversed their results as well.

So what exactly happened?

Due to outside factors, Bartman had to wait a while before starting.

His signing for the club came quite late in the summer, as he only joined at the end of July, about a week before the start of the campaign. His arrival was a bit personal.

“I was invited to practice by the coach CJ Brown, and after testing he told me he was interested in bringing me in, so I walked in, “ Bartman said.

However, the player was unable to hit the ground while running due to an issue he was facing at the time. Suffering from plantar fasciitis, which is an inflammation of the sole of the foot, the pain practically prevented him from playing. For an ordinary person, the disease is very painful. For a footballer, it is unbearable limit.

“So it took me outside for a while” Bartman said. “We were basically trying to find something that would ease my pain. It took a while, to be honest. It took about two months.

While he was on the verge of recovering from this problem, Bartman suffered another setback.

“While I was recovering, I injured my calf. It basically pissed me off even more, like another four weeks ”, Bartman said. “I was facing a lot of different injuries. This is the reason why everything took me so long to get back on the pitch. I guess I came back to intense training too early because my body was not used to it so I got an injury. It was a lot of stuff to deal with, man.

The forward was finally able to heal from this injury, which ultimately set the stage for his comeback.

Bartman still had to be patient, however.

He was slowly reinstated into the squad, forced to settle for brief appearances off the bench. He played 16 minutes on his debut and the next game saw him on the pitch for 13 minutes. The following weekend was a big step forward in his recovery as he started, even though he was sent off at halftime.

For some players, this gradual return would have been brutal. After being away for so long, they would just be chomping at the bit to play as long as possible.

Not Bartman, however. He was there and did that, and he realized he had to trust the process.

“As a player, I’ve been in the game for a while. You can’t just come back and expect a starting position ”, Bartman said. “It was smart [of] coaches and staff to make sure I take my time. Playing too many minutes soon after returning may cause injury again. I appreciated that they gave me the time to get in shape. I played more and more, and even when I started they made sure not to give me too many minutes and they allowed me to recover and be ready for the next step.

It all turned out to be worth it. On October 24 in a home game against the Maryland Bobcats, Bartman was again named in the starting lineup. After just four minutes, he managed to score his first goal for the House.

It was not the most beautiful of goals, coming from a loose ball that fell to him by chance. However, he deserves a lot of credit as he remained calm, turning before shooting at home past a defender on the line.

Despite the end result, it was still a wonderful moment for the player.

“It’s always a good feeling to score, especially as a forward. We get paid to score goals. It was good to have scored my first goal for the House ”, Bartman said. “We didn’t come away with all three points which was disappointing, but on a personal level it was good to reach my goal and build the confidence that I was able to gain.”

He also made sure to mark the occasion in style. After the goal he ran to the sidelines before recreating the famous Siphiwe Tshabalala celebration of 2010 World Cup. Like a South African himself, dancing was a lovely way to pay homage to his roots while reminding him of his home.

“I’ve been away from home for a very long time now, so do that kind of thing and listen South African the music keeps me close to where I’m from, and it reminds me of there so I try to do that stuff ”, Bartman said. “It was also my birthday in college. Plus, this moment is iconic, everyone remembers it, not just in our country but across the world.”

Sadly, no one really got involved as they didn’t know what was going on, but he wants to change that. “I hope I can get my teammates to participate more in this celebration”, Bartman said.

Since then, the player has continued to make an impact for Chicago, whether in the starting lineup or off the bench.

For Bartman and the rest of the team, aspirations have remained the same throughout the season, both short term and long term.

This has sometimes been a challenge for the House. On the expansion side, it took a while for everything to come together on the ground. There have been a lot of new things, and there has been growing pains as a result. This is especially true for Bartman, who had a delayed arrival on the team.

“It’s a new team, some players have played together but it’s a new environment, everyone feels good. I arrived late, so I’m still learning how other people play, and they’re still learning how I play ”, Bartman said. “We are learning from each other and we want to learn from every game to make sure we pick up where we left off and to make sure we don’t make the same mistakes.”

With all of this in mind, the South African always enjoyed his time with Chicago. He played for other teams in CSRN, As Stumptown CA and Atlanta SC, but the House has managed to stand out even though it has only been around for a short time.

“Chicago House is by far one of the best. Not just teams I’ve played for, but other teams I’ve seen ”, Bartman said. “It’s the way the club is run, from the players to the staff, to those in the office, to the fans. It’s a warm environment, you feel at home here when it comes to everything like match preparations and marketing. Everyone agrees.

This is especially true when it comes to the club’s efforts off the pitch.

“We are not just a football team. Our goal is much bigger than football. Bartman said. “Our goal is to foster community, bring people together and work for social justice. We give back to the community, we do social justice work. It’s really important to me.

There’s a reason this work resonated with him on a personal level. “I have my own foundation which organizes a tournament in South Africa in December. Seeing how they handle things here gives me ideas for my foundation ”, Bartman said.

Overall, things are looking good for Bartman. He is in great shape and contributes to the House on the field while doing what he loves outside. Things were just as tricky for the team as they have now climbed to 4th place in the NISA rankings.

It might have taken longer than everyone would have liked, but the wait was certainly worth it.

“On and off the pitch it’s a very amazing experience, and I’ve enjoyed every moment I’ve been here.”

Closure of the St. Paul Athletic Club and repositioning of the site as a hotel and event venue – Twin Cities