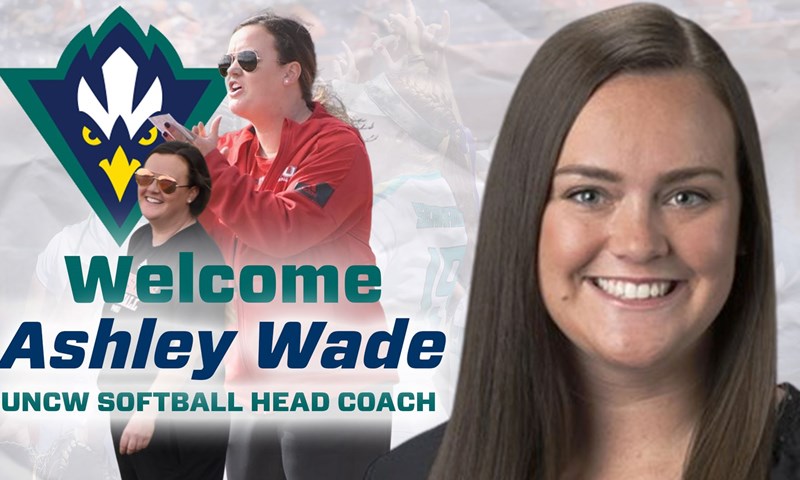 Wade, 34, has spent the past seven seasons with the Northern Illinois team. A native of Baltimore, Maryland, Wade came to DeKalb, Illinois in 2015 before being promoted to associate head coach in 2019 under Huskies head coach Christina Sutcliffe.

Wade takes over as the Seahawks’ fifth head coach after Kristy Norton resigned in late May.

“We are thrilled to welcome Ashley to the Seahawk family,” said jimmy bass, veteran UNCW athletic director. “She has an excellent college softball pedigree and our players, staff and community will truly enjoy working with her as we continue to improve our successful program.”

Wade inherits a Seahawk club that went 32-15 in 2022 and won the school’s top NCAA regional spot. UNCW improved by 17 wins, recording the biggest single-season jump in the program’s 38-year history.

The Seahawks featured one of the best pitching teams in the nation in 2022, finishing with a 1.85 ERA to go with a school-record 308 strikeouts. Beginner pitchers Emily Winstead and Kara Hammock finished with CAA’s top two lowest ERAs and became UNCW’s first CAA Pitcher of the Year (Winstead) and Rookie of the Year (Hammock).

“I am humbled and honored to lead the Seahawk softball program,” Wade said. “I want to thank jimmy bass, Tiffany Tucker, Marc Wagner and Mike Cherry, as well as the whole committee, for believing in me. Our shared vision of developing student-athletes who achieve at the highest level, academically and athletically, makes UNCW the ideal fit.”

Wade has been involved in all facets of the NIU program. Wade, who worked primarily with the infield, outfield, and team defense, also organized fall game schedules, scouting reports, and oversaw the program’s operating and equipment budgets.

She worked with faculty advisers to oversee NIU’s success in the classroom, with the Huskies posting a team GPA of 3.639, the 14th highest in the nation, in the 2021-22 college year.

In seven seasons with the Huskies, Wade helped the team to 162 wins and their First Division title in 16 years when they captured the 2016 Mid-American Conference West Division crown in their freshman year. The 35-win campaign was followed by 33 wins in 2017, the program’s first consecutive 30-win seasons since 1999-2000.

Wade spent the 2015 season as an assistant coach at Northwestern Oklahoma State, where she was responsible for working with Rangers outfielders and hitters. The Rangers hit .286 with 41 home runs and 183 RBIs in 49 games.

New Skipper Seahawk earned a Bachelor of Science in Business Administration from Stevenson in 2013. Wade served as a volunteer assistant for three seasons with the Mustangs softball team under head coach Joey Lye, a bronze medalist with Team Canada at the 2020 Olympics, and helped lead Stevenson to his first Mid-Atlantic Conference championship appearance in 2013.

With a school-record 24 wins, the Mustangs qualified for the Eastern College Athletic Conference South Championship which marked the program’s second playoff appearance.

Prior to Stevenson, Wade served as an assistant coach at Coppin State for the 2010 and 2011 seasons. Joining a program that totaled five wins from 2007-2009, Wade helped the Eagles win a school-record 22 games in 2010 and reached the Mid-Eastern Athletic Conference tournament for the first time in six years. Coppin State had four All-MEAC first team members and the league’s pitcher of the year in Paige Arnold.

“I want to thank Northern Illinois head coach Christina Sutcliffe and former Stevenson head coach Joey Lye,” Wade added. “Coach Sutcliffe was an outstanding role model and helped me become the coach I am today. Coach Lye has been a friend and mentor throughout my coaching career.”

Before coming to Coppin State, Wade earned her Associate of Arts degree from Community College of Baltimore County Dundalk in 2007, where she played one season for the Lady Lions.

Wade received his Master of Science in Sports Management from NIU in 2018, as well as a certification in Sports Psychology. She was named a One-Star Master Coach by the NFCA.