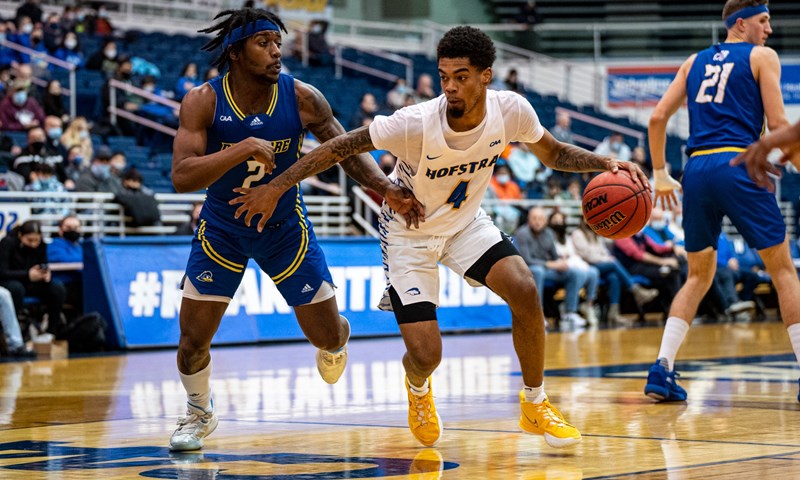 Estrada earns his fifth league-leading honor of the year and his second straight cap after three more stellar performances in Hofstra wins. The New Jersey guard averaged 25.3 points per game on 55% from the field and 60% (12 of 20) on three while adding 6.7 rebounds, 4.3 assists and 1.3 steals per game . Estrada scored 23 points in a two-point win over first-place UNCW, had 32 in a win at Drexel and scored 21 in a win at Drexel. He has scored 20 or more points in 11 of 13 CAA games.

Davis is collecting his third consecutive Rookie of the Week honor with 14.0 ppg on 63% shooting while grabbing 4.0 rebounds per game. The Newark forward scored 12 of 6 of 9 points from the field while adding five rebounds, two assists and two blocks in Thursday’s win over Northeastern before scoring a team-high 16 points in the Saturday’s clash with Hofstra. Davis is averaging 15.5 points per game in his last four contests with 12 or more in each.