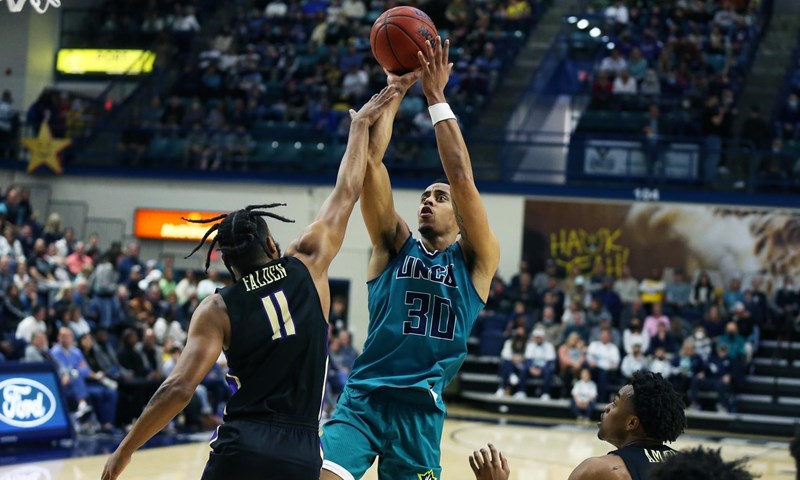 PLAYER OF THE WEEK
Jaylen Sims, UNCW
Senior | Guard | Charlotte, North Carolina / United Faith Christian
The Sims averaged 24.0 points and 6.7 rebounds in a three-game week that included a pair of overtime wins for UNCW. The Sims scored 22 or more points in all three games with 26 on Monday against William & Mary, 22 on Thursday against Towson and 24 points with 10 rebounds while playing all 45 minutes of an overtime win over James Madison on Saturday. The Sims averaged 41.3 minutes per game and played 124 of a possible 130 during a three-game-in-six-day streak.

ROOKIE OF THE WEEK
Jyare Davis, Delaware
Freshman | Transfer | Newark, Delaware/Sanford
Davis earns his fourth consecutive Rookie of the Week honor after helping Delaware to a 3-0 week with 11 or more points in all three games. Davis had double-doubles of 14 points and 14 rebounds on Monday against James Madison and 11 and 10 in a Thursday win at Elon. The Newark forward tied for the team lead with 16 points in Saturday’s win at William & Mary. For the week, Davis averaged 13.7 points on 62 percent shooting and had 9.3 rebounds per game.

Student Debt: What Biden Does (and Doesn’t)