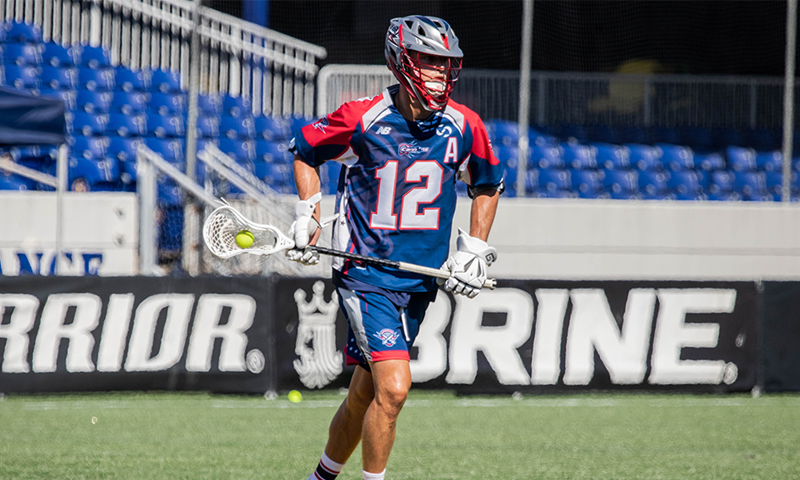 #CAALax well represented in the next PLL season

By Kara J. Rosati On Jun 3, 2022
Share
EL SEGUNDO, Calif. (June 3, 2022) – The Colonial Athletic Association will be well represented in the upcoming Premier Lacrosse League season as 16 players and three coaches have CAA roots. The PLL opens its fourth season this weekend in Albany, NY, with four games over two days on ESPN platforms.

Atlas Lacrosse Club features two CAA alumni and will open the season against Redwoods Lacrosse Club, which features a former CAA student-athlete, on Saturday, June 4 at 5 p.m. EST on ESPN. Towson alum Koby Smitha three-time All-CAA First Team selection and All-American, was drafted by Atlas LC in the 2022 PLL Draft, making the team’s opening roster in his first professional season. Smith is accompanied by Hofstra’s Jack Concannon on the Atlas LC. Concannon was an All-American between the posts, earning first-team All-CAA honors three times, and he set the CAA Championship record with 22 saves in 2018.

finn sullivan is also a Hofstra Alum and will face Smith and Concannon in the season opener with Redwoods LC. Sullivan earned CAA Defensive Player of the Year honors in 2016 after earning first-team all-conference honors for the second time in his career. In addition, Chris Collinsa Delaware alum and former Drexel assistant coach is on the Redwoods coaching staff.

Cannons Lacrosse Club has the most CAA connections on its roster, with five players coming from conference affiliates. Three former Towson Tigers – ryan drenner, Zach Goodrichand Alex Woodall – with a pair of former Hofstra players, Ryan Tierney and Bryan McIntosh represent the CAA on Cannons LC. Drenner, the 2016 CAA Player of the Year, and Goodrich, the 2018 CAA Defensive Player of the Year, won three CAA titles with Towson, while Woodall, the conference record holder for ground balls per game (12.00) and game winning percentage (.742), was part of two CAA Championship teams. Tierney was the 2021 CAA Offensive Player of the Year after being named CAA Rookie of the Year in 2017. Tierney ended his college career as the CAA’s all-time leader for the goals (164) and points (251) throughout league history.

The Waterdogs Lacrosse Club is also well represented, with three former CAA players and a former coach on its roster. The Waterdogs open the season against the Cannons on Sunday, June 5 at 5 p.m. on ESPN+. Former Fairfield head coach Andy Copelan oversees the Waterdogs, which include Charly Kitchen and Matt DeLuca from Delaware with Hofstra Steven DeNapoli. Kitchen, the 2019 CAA Offensive Player of the Year, was a three-time All-CAA First Team selection. Kitchen ranks fourth in league history in career goals (146) and assists (93) while ranking second all-time in points (239). Both DeLuca and DeNapoli earned All-CAA honors throughout their conference playing careers.

The final game of opening weekend features five CAA players and a former coach as Chrome Lacrosse Club takes on Archers Lacrosse Club at 3:45 p.m. on Sunday, June 5. The game can be watched on ESPN+. Chrome LC has two CAA alumni with Hofstra Brendan Kavanagh and Sean Sconone of UMass on his list. Sconone was the 2019 National Goaltender of the Year and CAA Defensive Player of the Year. Sconone was also the CAA Tournament MVP after leading UMass to the championship title in 2018.

Additionally, two former Minutemen will enter the contest as Will Mannythe 2012 CAA Player of the Year, and Jeff Trainor, a three-time All-CAA First Team selection and CAA Champion, are on the Archers roster. Former Drexel Head Coach chris bateswho was the 2007 and 2008 CAA Coach of the Year, leads the Archers coaching staff, while the former Fairfield Frankie Labetti made the Archers’ opening roster after signing as an undrafted rookie this offseason.

The PLL plays an 11-game regular season, with four games per week at a common host site. The host site rotates weekly, spanning from Long Island to Seattle. The playoffs begin Sept. 3 with the quarterfinals in Boston. The semi-finals will be played in the nation’s capital on September 11, while the championship game will take place on September 18 in Philadelphia. All games of the PLL season will be broadcast on the ESPN family of networks.