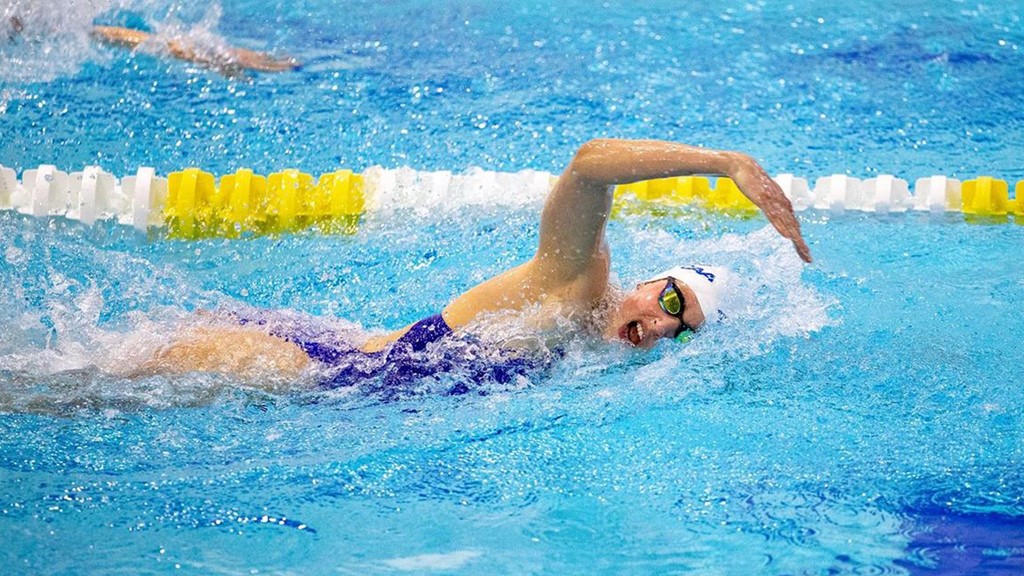 RICHMOND, Virginia (November 9, 2021) – The CAA has recognized its weekly winners in men’s swimming and diving as well as the top freshmen for the months of September and October.

Duracinsky won two events, was part of two second-place relay teams and was third as UNCW beat both Delaware and William & Mary in the CAA Pod meet last weekend. The rookie won the 200 IM in 1: 51.53, which is the league’s fastest this season, and also won gold in the 200 freestyle with a time of 1: 41.34. He was part of the second-place teams in the 400 medley relay and the 400 freestyle relay, and recorded the CAA 100 fastest free time (45.33) in the relay.

CAA Female Co-swimmer of the Week
Jessica Pryne, So., James Madison (Cornwall, NY / Cornwall Central)
Pryne excelled in four events to help conference top contenders James Madison, UNCW, Delaware and William & Mary at last weekend’s CAA Pod meet. The sophomore won gold in the 400 IM with a time of 4: 22.29, which set a UNCW pool record, was the fastest in the conference this year and placed 7th.e in the history of JMU. She also placed first in the 500 free with a conference best time of 5: 00.71. Pryne was second in the 200 IM (2: 04.64) and was JMU’s best player in the 200 butterfly (2: 06.05).

CAA Female Co-swimmer of the Week
Mira Selling, Jr., Delaware (Dresden, Germany / Sportschule Friedrich-Ludwig-Jahn)
The sale took the top spot and set pool records in three events when the CAA Pods meet last week with JMU, UNCW and William & Mary. The junior finished first in the 200 IM with a pool record of 2: 03.92 which was the fastest in the league. She set another pool record with a first place in the 200 freestyle with a time of 1: 49.88, which is the CAA’s fastest at almost three seconds. Selling capped off the weekend by winning the 200 butterfly by more than two seconds with a pool record and CAA best time of 2: 02.39.

Dorner brushed off both boards when Towson met local rival UMBC last week. The junior scored 274.87 on the 1-meter board, winning the event by almost 20 points. He also won the 3-meter competition with a score of 262.80.

Lehman secured a first and second place as JMU went 3-0 in their CAA Pod encounter with Delaware, UNCW and William & Mary. The runner-up won the 3-yard competition with an NCAA zone qualifying score of 293.40. Lehman placed second in the 1-meter table with a personal best score of 255.90.

Knisely posted two fifth places in the 500 and 1000 freestyle against Tennessee, with a time of 5: 12.96 placing fourth in the CAA. She also placed second in the 1000m and third in the 500m in a meeting against Duke and Boston College. Knisely’s 200 free time of 1: 56.89 against Duke and BC was the sixth best in the conference.