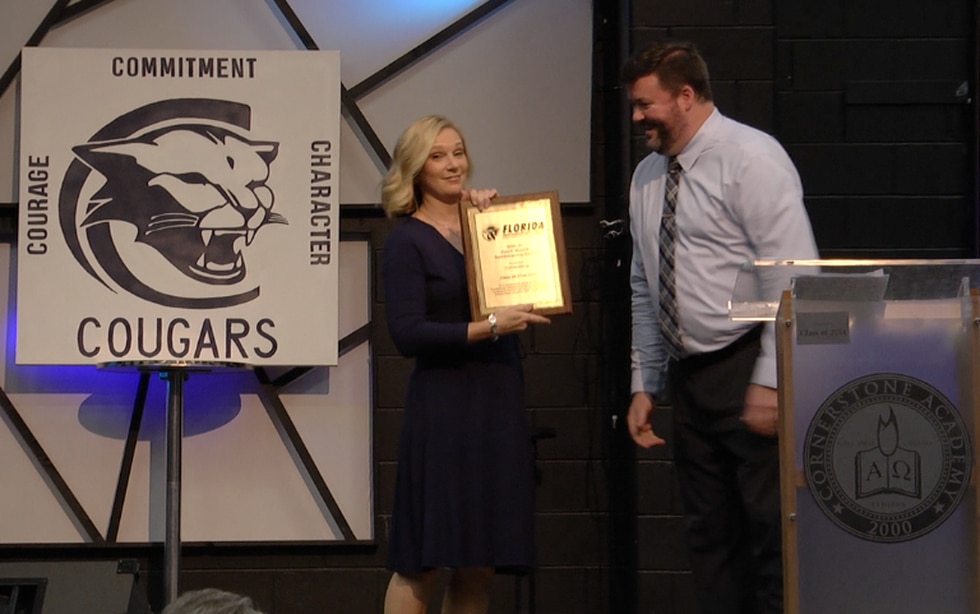 To follow the latest local news, subscribe to our TV20 newsletter HERE and get news straight to your email every morning.

The school, which is located at 1520 NW 34th St., received the Fred E. Rozelle Sportsmanship Award in Class 2A for that year. An award is presented annually to the winner and runner-up in each of the state’s six sports divisions. Rozelle graduated from Columbia High School in Lake City, then coached basketball and football statewide.

The award was presented to the school’s athletic director, Amber Livingston, on Monday at the school potluck. David Leino, the principal of the school presented it to the AD. Leino says their students learn to do things the right way in all aspects of their academic and athletic endeavors.

â€œWe play our best, we love to compete, but at the same time we can do it with a happy smile with handshakes. We can do it at all levels without getting into the drama, â€Leino said.

He also described the reaction of his coaches and staff when he announced that they had won.

â€œThey were blown away. We weren’t expecting it at all and especially when you get to day-to-day operations and you come up with something like that it’s a hit in the dark, just oh my gosh. It is just amazing that we are the ones who are being seen as the example for the year. It’s a blessing for sure, â€said Leino.

During the potluck, the school also announced that it is fundraising and that a portion of those funds will go to packing the meals and sending them to families in Haiti and around Gainesville. To donate to the school, you can text “Cornerstone1” at 71777.