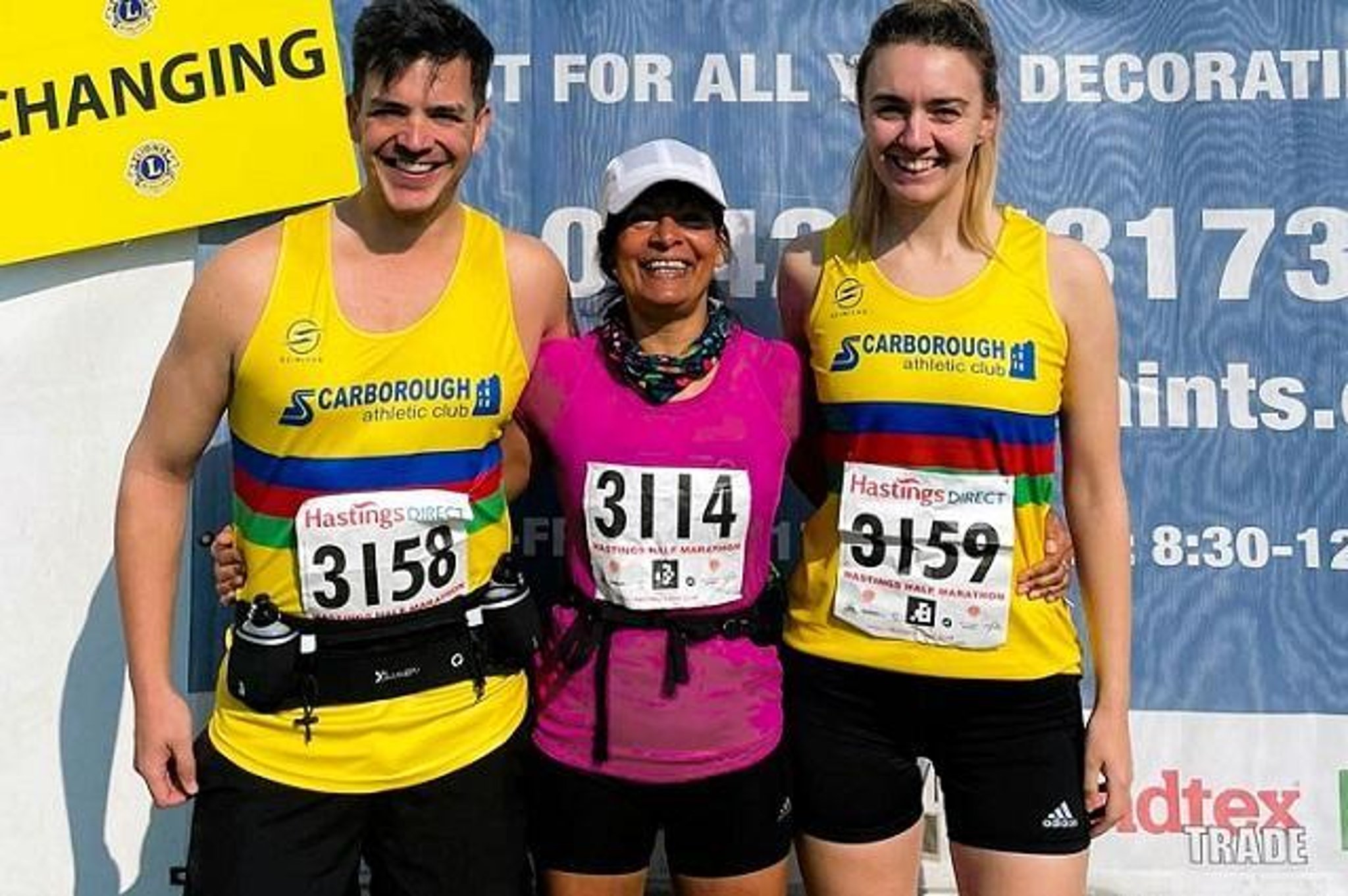 By Kara J. Rosati On Mar 24, 2022
Share
Left to right Aaron Padgham, Melanie Padgham and Georgia Tinsdale after completing the Hastings Half Marathon

Three club members took part in the Hastings Half Marathon on one of the hottest days of the year so far.

Aaron’s mother, Melanie Padgham, ran her first half marathon since moving into the over-60 age group two weeks earlier and finished with a good time of 2 hours 9 minutes.

Paul Chapman traveled to Scotland to take part in the Inverness Half Marathon for the second time and his second half marathon this year so far.

Chris Allen competed in his second run over the distance this year at the Wilmslow Half Marathon.

This event attracted a large turnout of over 2,500 club runners, primarily from the North West.

Ozzy Stringer traveled south to Tonbridge, Kent, for the English Schools Cross Country Championships, with athletes selected to represent North Yorkshire Schools after being selected at their County Championships.

In what was always a high profile race that was often seen as a stepping stone to international representation as a senior, Ozzy finished seventh for the county in the senior boys race and the team was a creditable fourth overall out of 35 full teams. .

This was an English Championship Fell Race meter and consisted of a 23 kilometer course over the North Yorkshire Moors with 1,300 meters of elevation gain.

Paul Lawton was the club’s first at home in 22nd overall out of 129, plus some who failed to reach a strict time limit.

He was followed by Matt Machouki 43rd and second in the over-50s, and Danny Walls 96th

Rhona Marshall finished 11th overall in the women’s standings and led Nikki Carr Walls in 15th place, but with just two of three scorers she finished fifth in the women’s team.