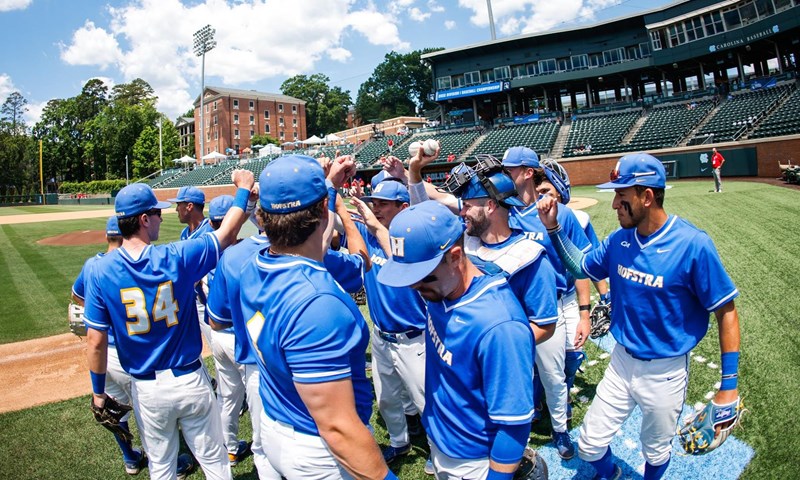 Hofstra, who was picked ninth in the CAA preseason poll but tied for second in the standings and won the postseason tournament, ends his historic season with a 30-23 record. Georgia (36-22) plays the loser of the winners game between North Carolina and VCU on Sunday at 1 p.m.

Hofstra threatened in the second inning, setting the top two runners up with a walk and a bunt single. The Bulldogs managed to escape the jam by turning a double play and getting a strikeout to end the frame to block a runner in third.

Georgia took control of the game in the third, sending 17 batters home in a 13-run inning. Ben Anderson hit back-to-back homers sending a solo shot over the fence on the right to extend the lead to 3-0. Three batters later, Connor Tate hit a three-run homer to left center to make it 6-0. The Bulldogs would add seven more runs in the inning to take a 13-0 lead.

The Bulldogs added five points in fifth, two more in sixth, one in eighth and three in ninth. Pride broke through in the bottom of the seventh as Santino Rosso singled and came on a wide wide double from the left center of Ryan Morash’s bat.

Brian Morrell and Morash each had two hits in the game for Pride, while Rosso and Jake Liberatore each had one.

Liam Sullivan (4-3) picked up the win for Georgia after allowing one run on six hits and eight strikeouts in seven innings. Coleman Willis and Collin Caldwell each pitched a relief inning to close out the game. McAllister had four hits and five RBIs to lead Georgia’s 16-hitter outburst.