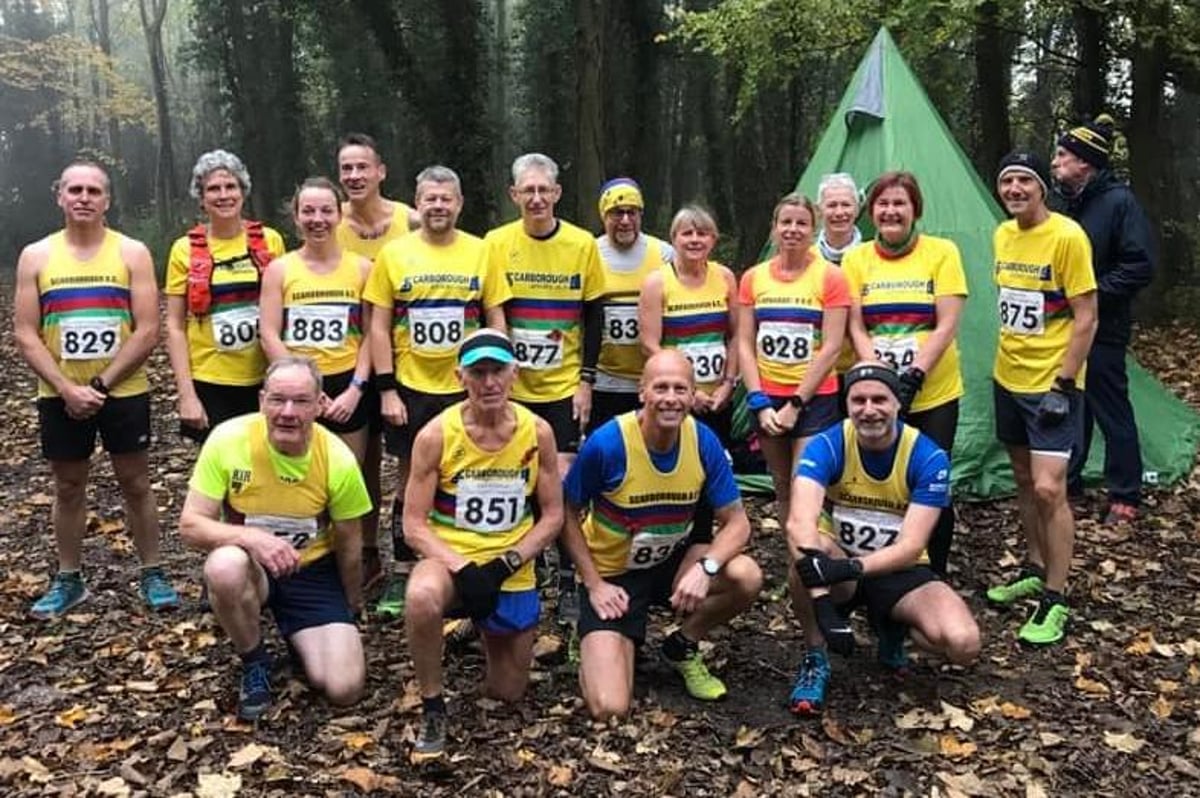 The club’s first finisher who led the men’s team was Glynn Hewitt who was the 33rd man overall out of 190. He was also the first over-50, writes Mick Thompson.

He led more of the club’s male veteran runners in the meeting as follows; Dale Hepples 63rd, Steve Garlick 80th, Mark May 88th, David Field 98th. Rounding out the men’s team which finished eighth was Neil Scruton, 103rd and 1st in the over-75s.

The club women at the meeting were led by Fay Heathershaw who finished 25 women overall out of 138.

She was followed by league debutant Sarah Noble 45th, Lorraine Hewitt 61st and Jane Hamp 84th and 1st over-65 who completed the team that tied the men’s result of eighth. The women’s team was supported by Gail Barnard 110th, Sally Kingcott 115th.

Two members of the club participated in the Dalby Remembrance Sunday 10 kilometer race.

The club’s first home after finishing third overall on 129 was Duncan Smart. He was closely followed by Alfie Carr Walls who finished 12th overall and 2nd 11-14 with a PB.