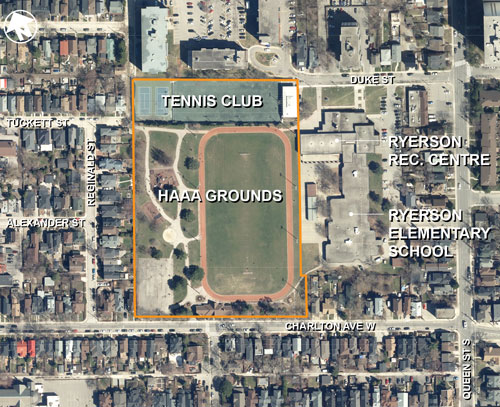 In 1945 the City Parks Board purchased the HAAA land and managed the land for the next 32 years before changing the general landscape of the site to what we know today. Due to the needs of the community and the desire for open spaces throughout the city, they began planning to convert the sports fields into a passive and recreational space, while keeping its sporting heritage intact.

In 1977 the newly renovated HAAA ground was opened and included a newly developed football/soccer field, the introduction of a dirt track, trail systems, tree plantings and clubhouse renovations brickwork on Charlton, which included the addition of toilet and shower facilities.

Currently, the park offers these amenities and features, many of which were built in the 90s: