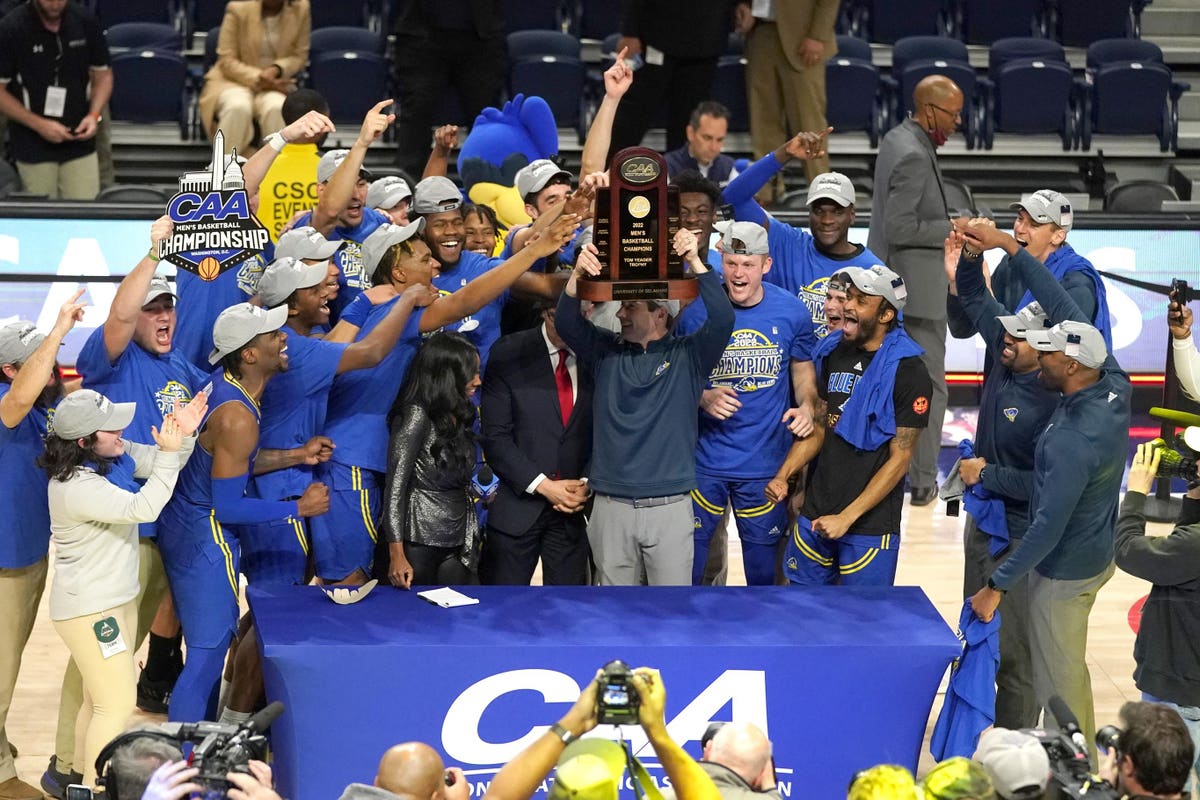 How the Colonial Athletic Association expanded proactively, not reactively

As Joe D’Antonio and his team presided over the final Colonial Athletic Association Championship event with the current roster last weekend, he said that fact hadn’t occurred to him.

“It really didn’t cross my mind,” D’Antonio, the CAA commissioner, said at the conference baseball tournament in Elon, North Carolina, which was ultimately won by Hofstra. “That’s just what we do. No matter who the teams are, we will always work hard to provide the teams with a great experience.

But it will be a new cast once the schedule switches from June to July. After James Madison announced his switch to the Sun Belt Conference on November 5, 2021, the Colonial moved quickly, adding Hampton, Monmouth and Stony Brook on January 25. CAA then brought in North Carolina A&T on February 22 to bring its membership up to 13.

But this process of expansion began long before James Madison left, and it shows how, in the ever-shifting sands of conference realignment, intermediate conferences must be just as flexible and proactive as their larger brethren.

“Here’s the thing that I think is important to recognize,” D’Antonio said. “This was a 16 month process that we undertook in relation to what we would consider to be the next steps for CAA and the future success of the conference. When you look at the timeline, our work on this project started long before JMU made the decision to go to the Sun Belt.

“In fact,” he added, “JMU was active, helpful and a supportive participant in all of our expansion discussions before they made the decision to transition. no way a reaction to what JMU has done.

D’Antonio said: “When we made the decision to activate the plan we had in place, we were really focused on three main things. 1—The school had to be geographically adapted. 2—Any institution we reviewed in this process had to be an institution with a strong academic background and solid reputation and 3—We also strived to ensure that the institution was not only committed to investing in its student-athletes and their future, but also committed to investing in the future success of its sports programs.

James Madison announced last November 5 that he intended to join the SBC no later than July 1, 2023. However, that timeline was brought forward when the CAA exercised a provision of the CAA Bylaws preventing the Dukes from participating in one conference tournaments. for the 2021-22 academic year. James Madison will become a full member of the Sun Belt in July.

“It started in August for us,” Monmouth sporting director Jeff Stapleton said of the process of exploring potential CAA membership. Monmouth had been part of the Metro Atlantic Athletic Conference since 2013.

CAA “called us,” Stapleton added, “and said we were looking to expand. ‘Hey, do you want to talk about membership? We’re coming off the air and would you like to have a chat? »

A common thread among athletic directors at incoming CAA schools was how their universities’ new CAA membership could help recruit non-student-athletes.

Shawn Heilbron of Stony Brook, whose school has been in America East since 2001, said, “We align with other schools that are academically similar to us. It was important for our president. It was important to me. I think that certainly helps, the name recognition of a lot of CAA schools. Students know these schools.

Hampton University had been a member of one HBCU conference, the Mid-Eastern Athletic Conference, since 1991. But the Pirates moved to the Big South Conference in 2018.

“Our president (William R. Harvey) wanted Hampton’s athletic prowess to match his academic prowess and conference affiliation was key to that,” Hampton athletic director Eugene Marshall Jr. said. So looked at a number of different conferences and decided to go deep south. He had been trying to get into CAA for a number of years and unfortunately he couldn’t make it work. The timing and all didn’t make it fit.

But now it was.

“It helps us academically because we’re surrounded by great academic institutions,” Marshall said.

The large geographical footprint of the conference was also important. CAA spans the east coast from Northeastern University in Boston to the College of Charleston in South Carolina.

Marshall said, “Now you can recruit students from Boston to Myrtle Beach, and we have a very good alumni base on the east coast, especially Boston, Connecticut, New York, New Jersey, Philadelphia, and the DMV ( Delaware, Maryland and Virginia), so we have a great group of alumni right there.

“It allows us to recruit all students, not just student-athletes,” Stapleton said, “but our entire student body, from New England, Long Island, greater Philly and northern Maryland. This is where we recruit a lot of our students, and this league has institutions in that footprint. It’s so important for us to get out into these communities.

North Carolina A&T made a similar journey to Hampton, moving from MEAC to the Deep South in 2021 before heading to CAA.

North Carolina A&T athletic director Earl Hilton said, “We see ourselves as a very aggressive, land-granting doctoral research institution. In this stance, we continued to mentor a competitive group of peer institutions against which we benchmarked ourselves. We believe membership in the Colonial Athletic Association represents where we are and expect to be academically and athletically as we strive to become an R1 institution.

For Monmouth, it also meant a chance to have nearly all of the Hawks’ athletic programs in one conference, rather than being spread out, as Stapleton explained.

“It was something that wasn’t a priority initially, but the more we started talking about it, it became something that was really important,” Stapleton said. “The fact that we haven’t had all of our teams in one conference is something we don’t really think about. but then when you can get (almost) everyone under one umbrella and realize what it can mean for your department, it really starts to have a lot of positives. So we’re really excited about that aspect.

The only sport offered by Monmouth that the CAA does not sponsor is women’s bowling.

As for D’Antonio, he probably didn’t have time to get nostalgic last weekend, as the conference meets Tuesday through Friday in Ponte Vedra, Florida. On the agenda will be topics such as the potential division of the conference into divisions for planning purposes, as well as the planning model itself.

“We’ve solidified our schedule for the 2022-23 academic year,” D’Antonio said, but he added, “we haven’t made any decisions about 2023-24. We’re trying to create a model that’s both competitive and sustainable (financially) This process is ongoing.

Regarding the divisions, he said: “We continue to discuss what the divisions could look like. I don’t know if these meetings will reveal a final decision, but it will be discussed.

Hilton of North Carolina A&T said, “The CAA approached us in November with a proposal to divide the conference into divisions and focus on regional planning, creating a more attractive travel schedule for our student-athletes. . We have considered the transition from both a college association and athletic competition perspective and believe that a transition to CAA is best for A&T and our student-athletes.

For Stony Brook and Heilbron, the regional lineup would likely mean a chance to face Long Island rival Hofstra twice a season, instead of once.

“That would be huge,” he said. “From the moment I arrived in Stony Brook, I understood what the rivalry with Hofstra meant, what it meant for Long Island. … Our games are great now, but they’re usually in December. To think that we’ll be playing maybe twice a year in the heat of the conference is exciting.