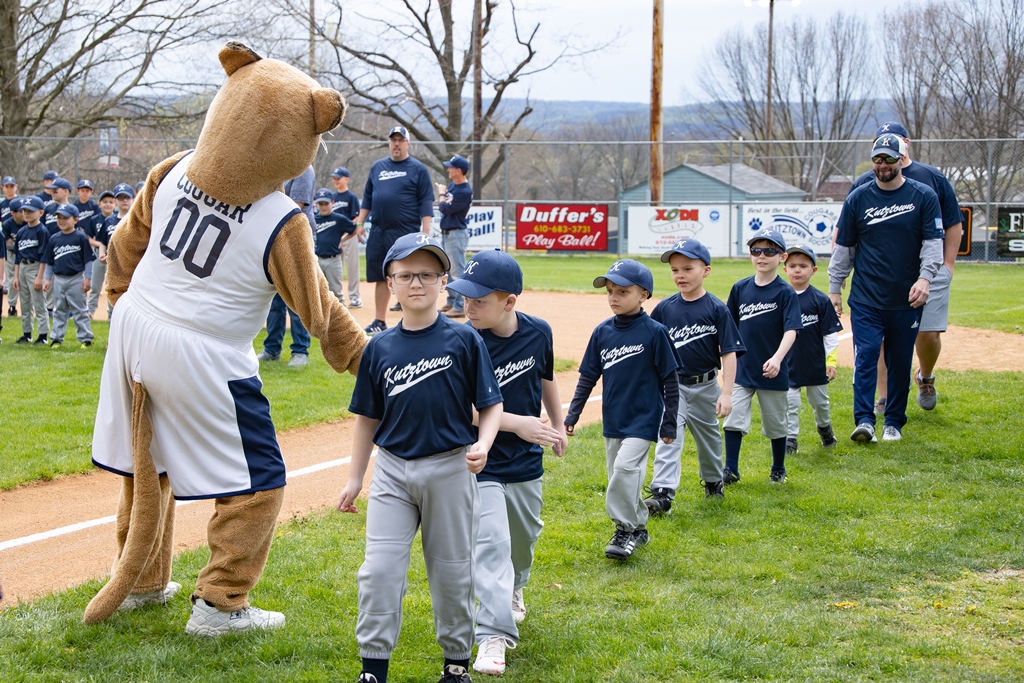 The Kutztown Youth Athletic Association held its opening ceremonies on April 23. The names of the players were announced as they made their way to the baseball field. Kutztown University’s mascot, Avalanche, greeted each player as the teams entered the field for introductions. Cougar from Kutztown High School wished them luck for the upcoming season.