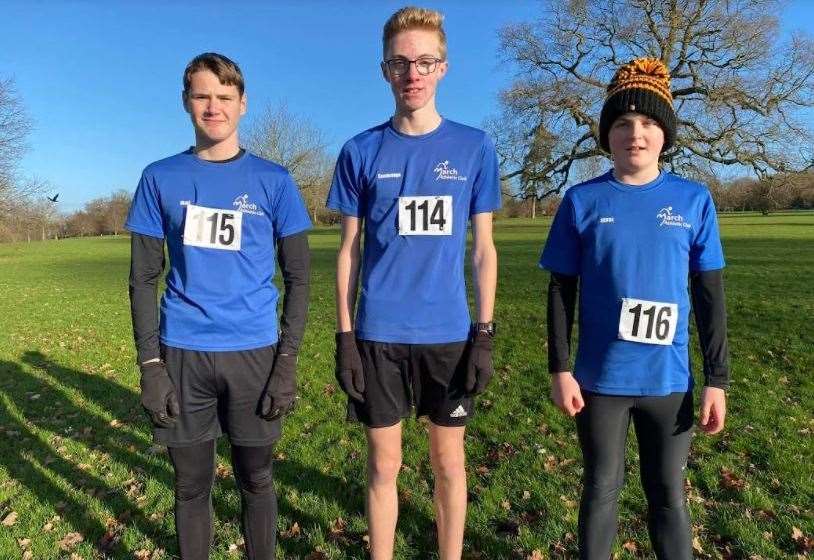 All of the runners were also competing for the chance to represent the county later in the year at Loughborough at the Inter-County Cross-County Championships.

The muddy conditions made it a fun event, and there were a number of standout performances for March.

Under-11 brothers Archie and Alfie McClure teamed up with Rowan Whittlesey to win a team bronze medal after excellent places 9th, 22nd and 20th respectively.

Meanwhile, Luke Cumbridge finished his Under-15 race in 7th place and is now awaiting a possible invitation to represent the county.

Masie Whittlesey and Sasha Bland finished back-to-back in the 28th and 29th place in the under-13 girls, while Archie Bullman (25th) and Daniel Hammond (38th) fought fiercely in the boys.

Serge Lambert and Matthew Baker finished 20th and 24th in the Under-15 boys’ category. For the March seniors, Justin Showell competed in the men’s U50 competition.