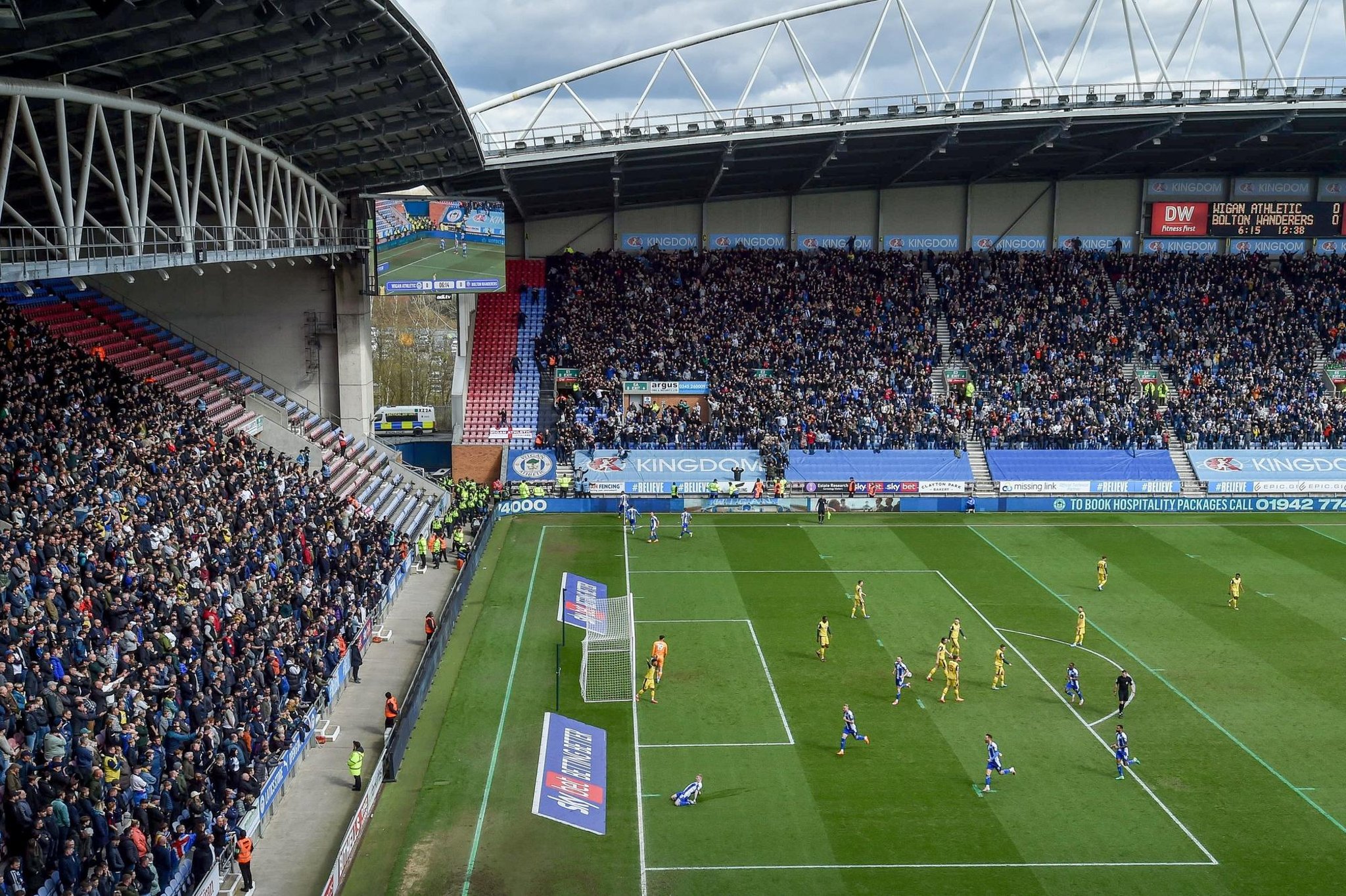 The Latics picked up a point against their near neighbours, which took them level on points with League One leaders Rotherham – with one game still in play.

McClean had given Latics the lead in seven minutes, before he was booked for a slight challenge by visiting dangerman Odalapo Afolayan.

Register to our daily newsletter

The Irishman was then penalized seconds before half-time for another foul on the same player, leading to Wanderers players and management barking for a second yellow card.

Referee Samuel Barrott, however, opted to keep his cards in his pocket this time.

McClean, somewhat surprisingly, returned for the second half and made no mistake despite his next foul almost certainly meaning a second yellow.

The Latics couldn’t hold on to victory, with Jon Dadi Bodvarsson equalizing late, and McClean’s afternoon ended on a sour note.

He suffered a knee injury in stoppage time which is currently being assessed.

But his team-mate Power was impressed with how he stuck to his task under the most trying of circumstances – against the backdrop of more unsavory opposition chants about his background and beliefs.

“To be on a first-half booking, especially in a derby game, you always run the risk of something else happening,” Power acknowledged.

“And it’s the officials’ merit to be strong and not get carried away.

“Obviously I understand why the Bolton players were surrounding the official in this situation.

“And the fact that we were going down to 10 men would have clearly given them an advantage.

“I understand all of that, but Macca has more than enough experience and character to see the game come out, and I’m grateful for that.

“I just hope his injury isn’t too serious and we get back on the pitch as soon as possible.”

The Latics are also sweating over the fitness of centre-back Curtis Tilt.

The former Rotherham man limped off in stoppage time before McClean was injured.

He too will be evaluated on a possible leg muscle problem.