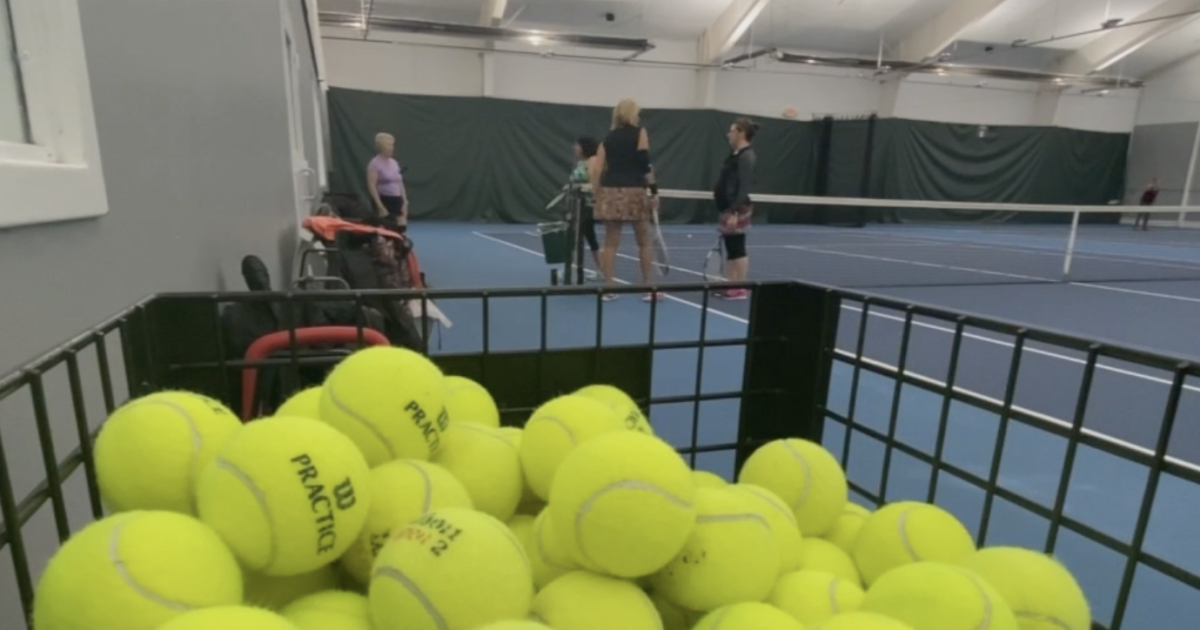 GRANDVILLE, Michigan — The days are numbered for a staple in the Grandville community. The Premier Athletic & Tennis Club will probably close at the end of May.

Peak Management, the owner of the property, confirmed to FOX 17 Today that the club will be “eliminated”. However, its more than 2,000 members are not going down without a fight.

” What are we going to do ? asks Kaylee Kessler, a member since last July. ” Where are we going ? It’s a big part of our social life. This is where we met our friends. It’s my second family. The thought of not being able to have that is devastating.

Kessler goes to the club four to five times a week. During her short time as a member, she quickly realized the club’s impact on the community. The Premier Athletic & Tennis Club, located on Spartan Industrial Drive SW in Grandville, has been around since the mid-1970s, providing a place for people to connect and exercise.

A few weeks ago, however, the members were blindsided by the news that Peak Management intended to demolish the building.

“There (was) no talk, no rumors, no mumblings that this would even happen,” Kessler told FOX 17. “It was pretty shocking to say the least.”

The Athletics Club is on the same grounds as the Ramblewood Apartments. Royal Oak-based Peak Management purchased this entire lot in August 2021. The company sent FOX 17 this statement on Monday:

“We purchased Premier Athletic & Tennis Club in August 2021 in a transaction which included the 1,188 Ramblewood apartments. Although adjoining the apartment community, the club operated as a separate business with a dedicated staff, budget and P&L.

After careful consideration of many factors, including the need for additional quality housing in the market, we have made the decision to close the facility in May and begin the process of developing 102 new apartments on the site from this summer.

In conjunction with this announcement, we are delighted to announce that we will be commencing construction of a new Ramblewood Apartments Community Center this summer. This modern facility will be accessible to all residents and will include a clubhouse, full-body fitness center and large outdoor swimming pool. We will provide additional information and renders in the coming months. We expect the project to be completed by Memorial Day 2023.”

The announcement prompted more than 50 club members to show up for a city council meeting on February 28, with around 15–20 of them pleading with council members to keep the building.

“We’re not just missing five indoor tennis courts,” Kessler said. “That’s hundreds of people who will no longer come to our community, even just for a few hours on a Saturday afternoon because the club isn’t there.”

Club members also launched a petition to raise awareness and stop the plans.

The land is zoned for residential use, and it is on private property. However, Grandville Deputy City Manager Matthew Butts told FOX 17 Peak Management that he has yet to present his plans to the planning commission. Until that happens, Butts could not confirm whether the apartment proposal will be approved, or what club members could do to prevent a change from happening.

Kessler said, “I don’t know if there’s anything else we can do. I think we’re just trying to tug on their heartstrings. I don’t know how it works in the business world, (but) I feel like it probably doesn’t work very well.

As time is running out on their current setup, the members must scramble to research a back-up plan.

“Well, our first choice is to keep our current home, obviously,” Kessler said. “If that can’t happen, we want to find another place where we can kind of continue what we’ve built so far.”

“We are extremely disappointed to inform you that Premier Athletic & Tennis Club will be closing on May 27, 2022. It has been our absolute privilege to serve our members. We would like to thank you for your support of the club and its employees over the years.

All ongoing programs and courses will continue as normal. We are committed to providing exceptional service until the day we close. We know it will be difficult for many of you and for us. If you would like to speak to a member of the team, please do not hesitate. We’re here for you.

The club will continue to allow access to monthly memberships with all initiation fees waived until April 30 and only 50% dues will be charged in May, but members will have access until May 27. Please let others know to take advantage of this opportunity.

Thanks again for being part of our special community!”