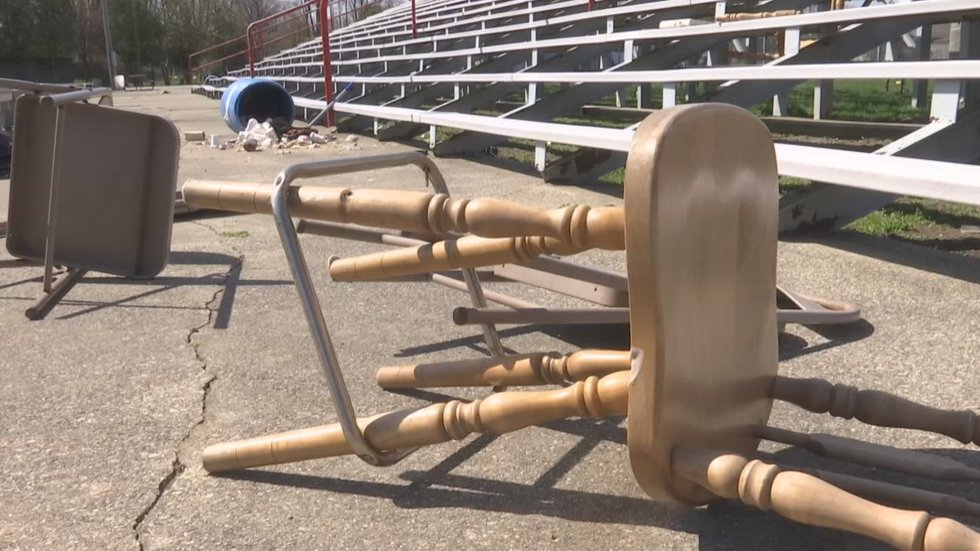 BAY CITY, Mich. (WNEM) – A local nonprofit is looking to move forward after a burglary left their building in pieces.

“My heart collapsed. I, I was, I can’t understand why anyone would do that. You know why? Why anyone would come and do this just to destroy stuff is beyond,” said St. Stan’s Athletic Club president Brian Phillips.

Phillips asked why anyone would do this since he first walked through what was left of the press box at St. Stan’s Athletic Club Field in Bay City.

“They blew all the lights here, smashed them here, as you can see, took out our PA system,” Phillips said.

The organization posted on Facebook that vandals broke into the building on Monday or Tuesday and left a trail of broken glass and other debris.

Phillips said officials tore up anything that wasn’t screwed on.

“Here we had benches and bar stools for the coaching teams during football matches. They threw them out the window,” Phillips said.

“It’s really heartbreaking. You know, I mean, all the time and effort that all the volunteers affiliated with the organization have put in here and now to come and see it’s just, it’s devastating,” said Phillips.

This caused financial damage to an already struggling nonprofit.

“We have struggled for years over the past two years with COVID not being able to have a festival. Try to recover from that and on top of that it will definitely impact our finances,” Phillips said.

Phillips hopes those responsible will come forward and take responsibility.

“Essentially, come forward and confess. You will end up getting caught. So if you confess, hopefully things wouldn’t be so bad,” Phillips said.

Although Phillips was discouraged the press box was vandalized, he said that would not stop the Polish festival from taking place in June.

St. Stan’s Athletic Club is offering a reward for information leading to the arrest of those responsible.