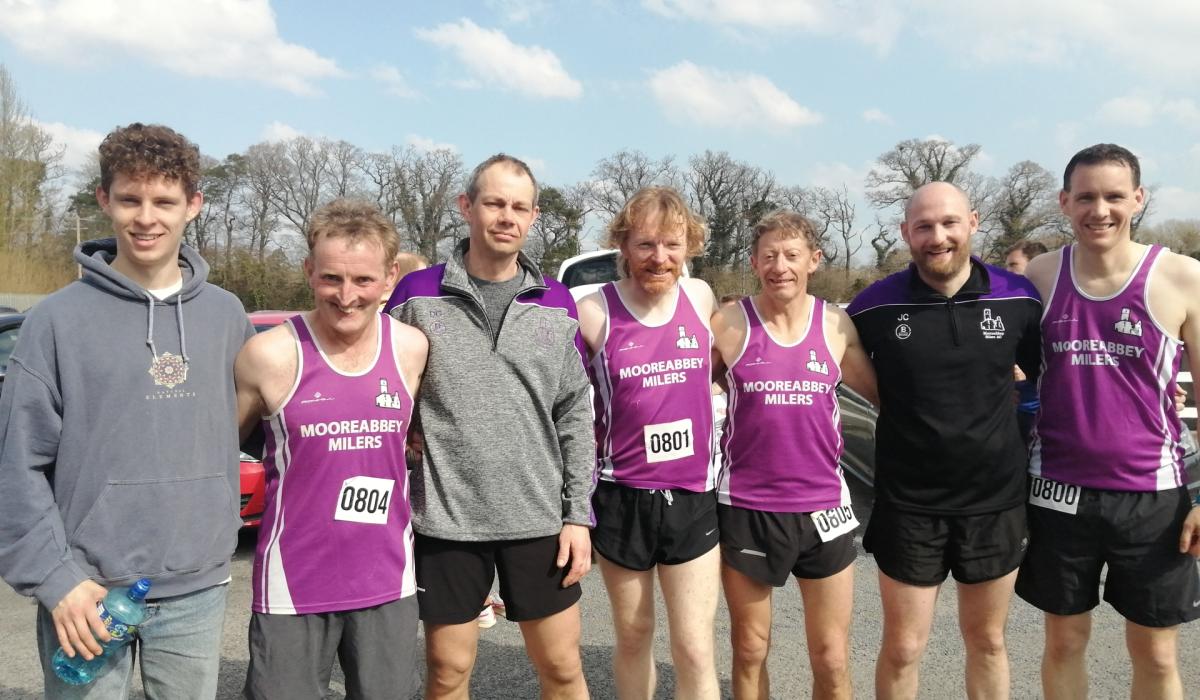 A five kilometer loop for the ladies and a double loop accumulating up to ten kilometers for the gentlemen welcomed the crew of 14 athletes from the Mooreabbey Milers AC.

The men’s A team of Ben Coughlan, Thomas Mulcahy, Willie O’Donoghue and Damien Holian took bronze in the A section, while the men’s B team of Gerard Hanley, Jason Collins and Dariusz Gazdowicz took home the medals. silver in section B.

These men are to be commended for standing on that starting line with some of them sleep deprived, others injured, others just back from injury and others raising their hands and answering the call to build teams in style.

The ladies of the club also performed well, with both teams finishing just short of the podium. The A team of Aoife Courtney, Mary Louise Ryan and Patricia Ryan finished fifth club team and the B team of Davena Flynn, Aine Morrissey, Bridget Ryan Kiely and Toni Crowe finished fourth club team.

Congratulations to Aine, Bridget and Toni on their first county race.