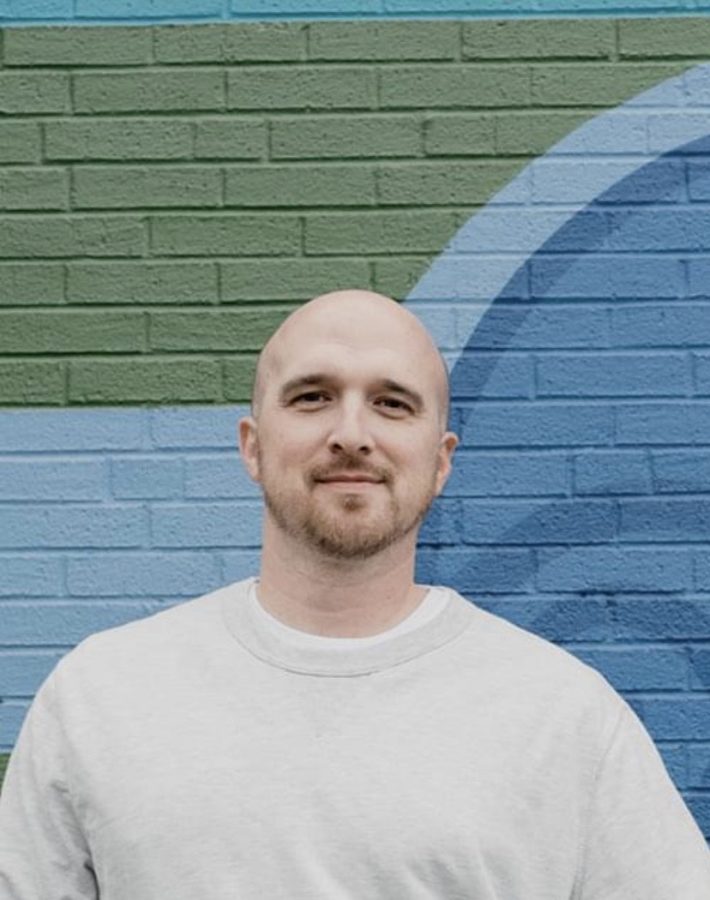 Athletic coaches play an important role in the lives of student-athletes; whether it’s helping out with an injury or just being someone athletes can connect with. Brendan Moriarty, North Penn High School’s newest coach, acts as a likeable figure in the coaching room while doing his day-to-day job effectively. Moriarty spent his first year here and views his transition as nothing short of positive.

From the jump, Moriarty knew he wanted to become a sports coach because of his personal experience in the world of sports. He was a multi-sport athlete in high school who lacked physical resources and took it upon himself to get into a field where he can help athletes in need.

“We didn’t have a sports coach when I was in high school… that’s when I discovered the profession. I thought good, I can stay in the sport, I can be involved and I like the medical side, so I think I understand the minds of athletes,” he explained.

Moriarty, after attending King’s College and the University of East Stroudsburg as an athletic training major, became a graduate assistant at Lock Haven while working with the softball team there. For the previous seven years, he was at Northwestern Lehigh before taking a role at North Penn.

As for how this career path has unfolded for him, Moriarty is happy with what he’s doing, as well as the smooth and welcoming transition to his role at North Penn.

“I go to work, watch sports and be a fan of the athletes, which I love,” Moriarty said. “I think the coaches are very tolerant and welcoming here. It’s a great thing – if you go to a place as a sports coach, you work with the coaches and the DA. If it’s bad, that could be toxic, but here it is very welcoming.

North Penn’s appeal was prevalent at Moriarty when exploring his options. Not only did it suit him perfectly, but North Penn’s image played into the job’s appeal.

“Location was a big issue. I drove from Philadelphia to Allentown every day, and when this opportunity came up, I was like okay, it’s perfect,” Moriarty explained. “North Penn has a good reputation when it comes to sports, even when I was in high school I knew North Penn.”

Moriarty’s entire role revolves around life as a student athlete. His experiences working with athletes in other locations differ from North Penn’s level of play.

“There are more top athletes here because the size of the population is bigger… Here, each team has at least one D1 level athlete. It’s just a higher caliber,” Moriarty explained.

When it comes to team culture, Moriarty has seen how teams act as a whole at North Penn; something special that not all schools experience.

“Each team is its own little family. Most of the time, in other schools, people play several sports, so that’s a big thing. Different sports here are like small closed families,” Moriarty explained.

The number of athletes and the number of sports they play directly affects the injuries produced. Right away, Moriarty noticed this factor.

“I think there’s a slight reduction in injuries here just because you don’t usually play three seasons in sports, which a small school would do,” he explained.

Not only did Moriarty see a contrast between the athletes, but the school as a whole. His transition from a small college to a large, diverse public high school was more of a difference than he anticipated, but a positive opportunity to be welcomed into the North Penn family.

“There’s a lot more diversity here…I like the cultural immersion,” he explained. “It’s been a good transition. I’ve spent the last seven years developing a relationship with the last school I was at…in that direction there are more sports coaches and more athletes, but you feel always this warm environment.

Moriarty’s ability to settle comfortably at North Penn is a positive reflection of not only North Penn as a whole, but also his own determination to impact athletes as a coach.

“Working with secondary school students; I like getting to know people. I want to know how you are as people,” he concluded.

#CAALax well represented in the next PLL season