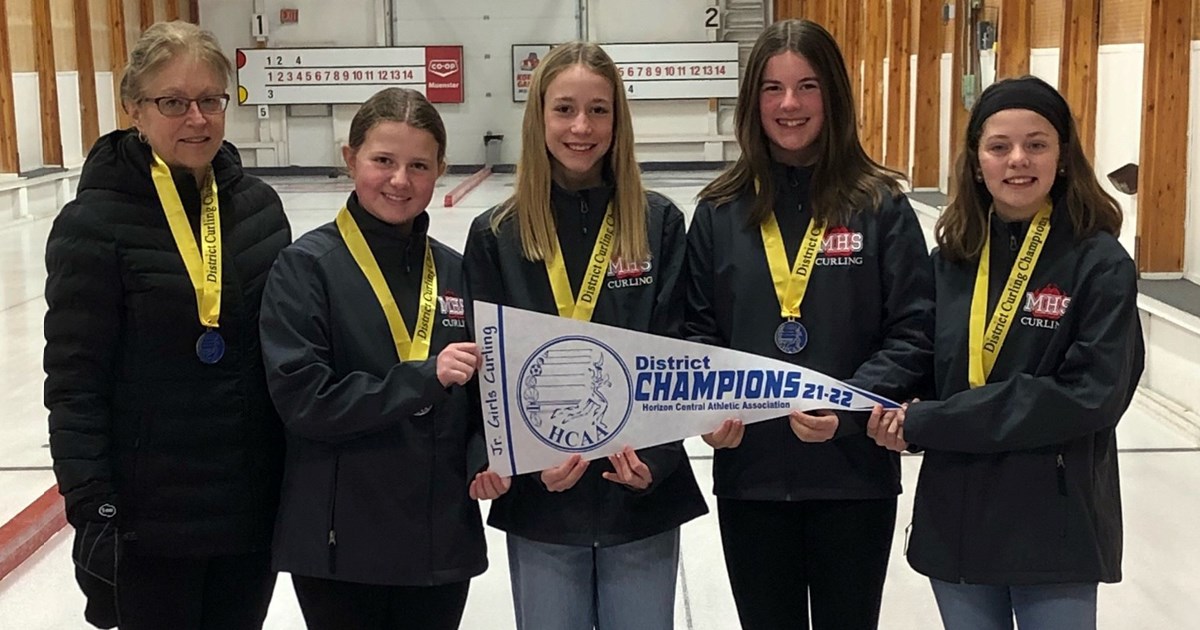 Coach Janine Lacoursière said the Muenster school rink is very dedicated to training and all league games. She said they were “eager to learn and soaked up all the advice their coaches gave them”. Lacoursière also noted that the student-athletes had “positive attitudes and like to have fun. … Everyone seems to really enjoy the sport.

On the boys’ side, the Muenster School senior team finished second in the district championship and clinched their ticket to the regionals. This last event will take place in Prince Albert, on March 4 and 5.

“I think they made it because they’ve been playing together since grade 7,” coach Maegan Clark said. “They get along well and have a great attitude on the ice during games and in practice. They really enjoy playing together and are looking forward to regionals.

At the district championship in Wadena on February 11 and 12, the Muenster school beat Bruno and Bellevue to reach the final. After going through the B-side, Bellevue defeated Muenster School for the title.

The St. Dominic’s School of Humboldt teams were the HCAA District Championship runners-up in Junior Boys and Junior Girls.

St. Dominic’s junior men’s team opened play in Ituna on Feb. 15 by defeating Quill Lake. A loss to Wynyard sent the rink to the B side. He beat Quill Lake again to win the B. In the final, St. Dominic fell to Wynyard. St. Dominic’s rink consisted of skip Wyatt Fleischhacker, third Liam Zimmerman, second Carter Possberg and lead Landon Wegleitner.

Reports received from St. Dominic indicated that both teams played hard and were “great ambassadors for our community”. Student-athletes from St. Dominic and those from other schools participated in practices every Monday at the Humboldt Curling Club. The information of the

The school praised Brian Wempe for organizing the practices and expressed gratitude to the community coaches “for taking the time to help teach curling to our students.”