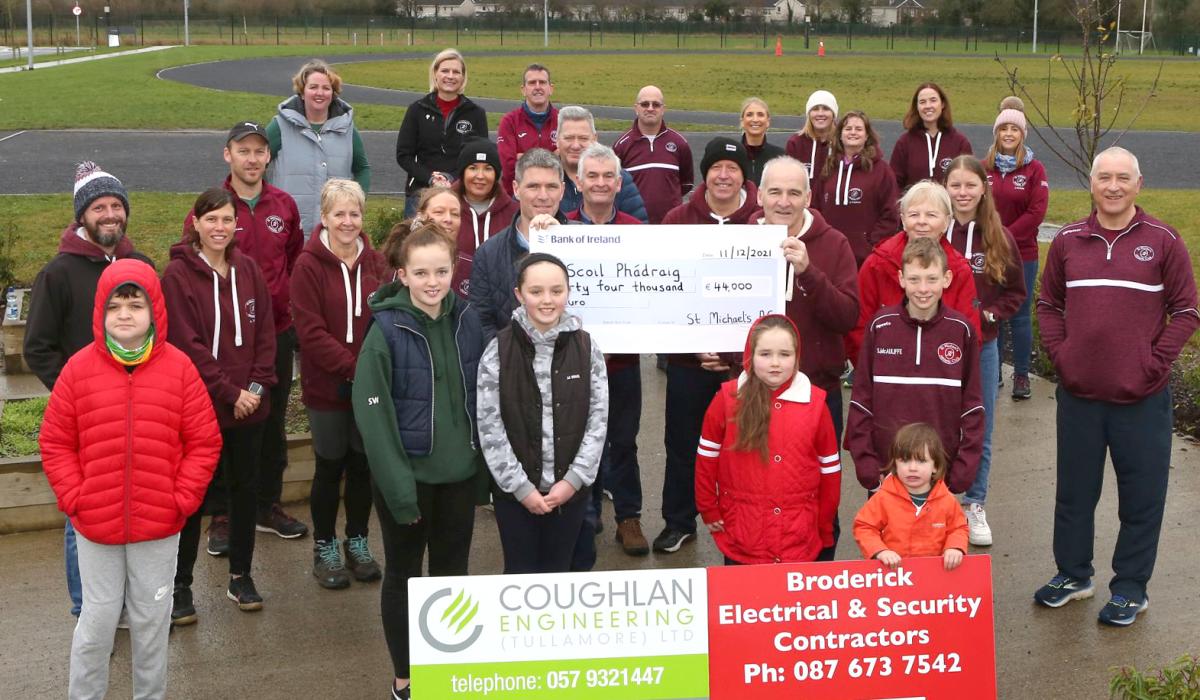 The payment is for a 20-year license agreement between the two parties and the money was used to build a 250-meter athletic track on the school grounds. The track is accessible to all students of the school and to members of the junior and senior club of St Michael’s AC.

The 250-meter track features an eight-lane, 110-meter sprint track that merges into a four-lane circuit. The runway is fully illuminated courtesy of Broderick’s Electrical Portarlington and Coughlan Engineering Tullamore.

Funding for the track relates to the sale of St Michael’s Athletic Hall which was located on Main Street in Portarlington. Former club greats have served as hall administrators for many years.

The trustees were Bill Bolton, Tony Coleman, Michael Mooney and Bill Devereux, all sadly deceased. Pat Donegan, who was heavily involved in the Boxing Club, was the other administrator.

St Michael’s currently has 160 members split 50/50 between Juvenile and Senior. This new facility marks the start of a new era for the club which now has a base for the next 20 years located in an ideal location in the city.

The hope is that they can create a culture of athletics in Portarlington and the surrounding areas that can compete at all levels.
The club would like to thank both Parish Priest Fr Dooley of Portarlington, School Principal Pat Galvin and the entire Pat team who helped along the way for their vision and commitment to making this fabulous. installation available.

Special mention to the St Michael’s Athletics Committee of Mick Cullen, Valerie McAuliffe, JJ Stapleton and Bill Devereux RIP who have worked tirelessly for the Club to make this deal a reality.

Future plans include installing a long jump facility and coating the track with a synthetic surface.

It was a great occasion for both parties with the official handover of the check which took place at the new Canal Road Boys Primary School.