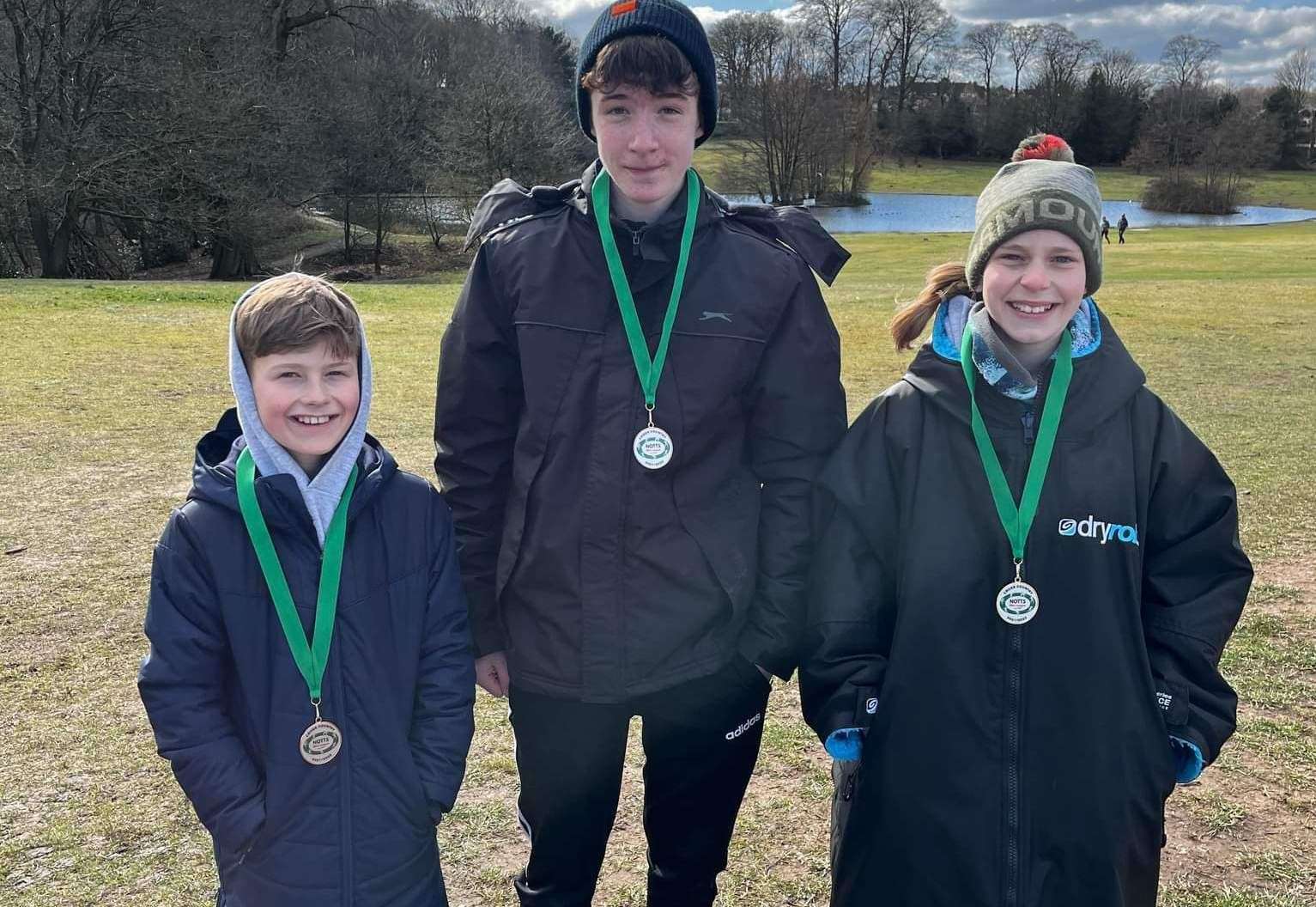 Newark AC had three individual medalists in the final round of the Notts Mini League Cross Country season.

Running at Berry Hill in Mansfield, the series medals were awarded to the top three athletes in each age group.

Newark has had three individual medalists.

Maisie Mullett finished first in the women’s under-11 group.

The full results for Newark were as follows.

Starting with the under-11 section, Mullett won the women’s round ahead of Lucy Beardsmore (8th) and Olivia Lindsay (21st).

Macintyre (3rd) was Newark’s highest-ranked runner in the men’s series.

In the under-13s, Ana Billanie and Niamh Ford 17th and 24th respectively.

Eric Unaigwe was sixth in the men’s series and Cameron Shivas was 19th.

It was the last mini-league outing for Monk, who will now step up in the Under-17 events.

Coach Debbie Monk credited her consistency for winning bronze or silver in every mini-league series since 2016.