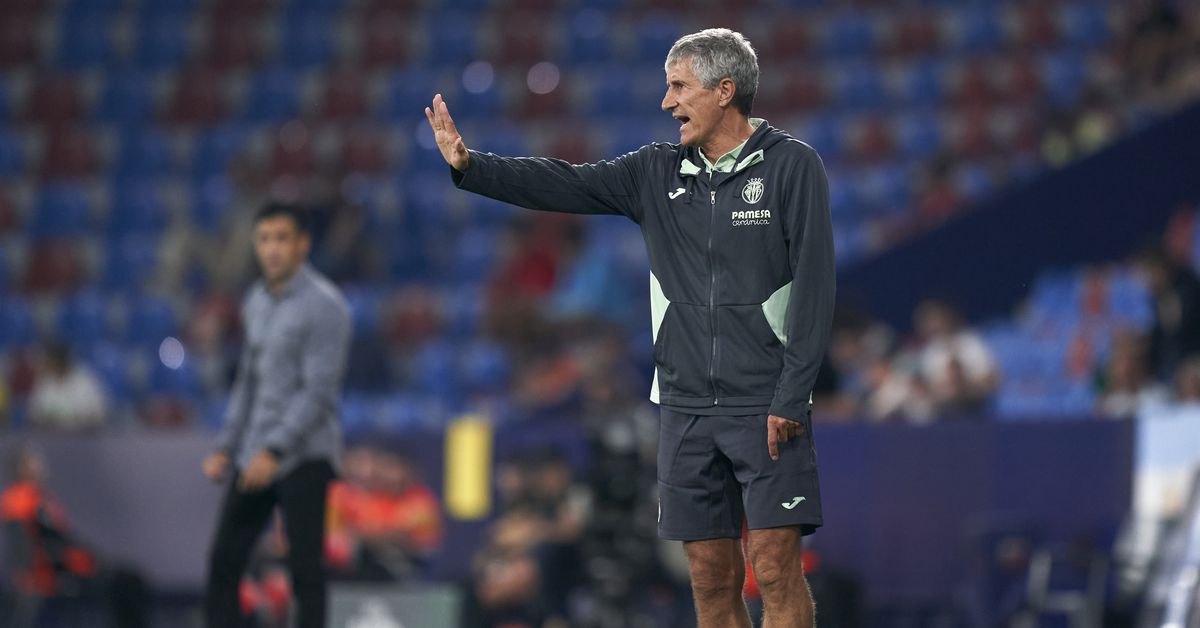 Quique Setién was pleased with what he saw on his debut on the sidelines Villarreal.

The Yellows drew with Hapoel Beersheba on Thursday night in their penultimate group stage game in the Europa Conference League.

Villarreal have already won the group so the clash didn’t mean much to them, while Hapoel are still fighting for second place.

Samu Chukwueze and Arnaut Danjuma were on the right track, with Villarreal taking the opportunity to get used to some of the concepts put in place by my new boss Setién, who only arrived in the middle of this week.

“I’m quite happy with what I saw,” Setién said after the game. “A lot of concepts were clearly seen from what we had been talking about.

“It is true that there were imbalances that must be studied carefully. They wanted to go 100% and sometimes you have to compromise for a while.

“A lot of players surprised me because I didn’t expect them to perform so well. They are great footballers and they are able to evolve. Obviously there are things to improve, and that arrived “

Villarreal face a tough test against Athletic Club this weekend in the Basque Country, and the two sides are only separated by goal difference as things stand.

Setién expects a tough clash, adding: “Athletic are a very solid team, physically strong, intense and they are going to make things difficult for us.”