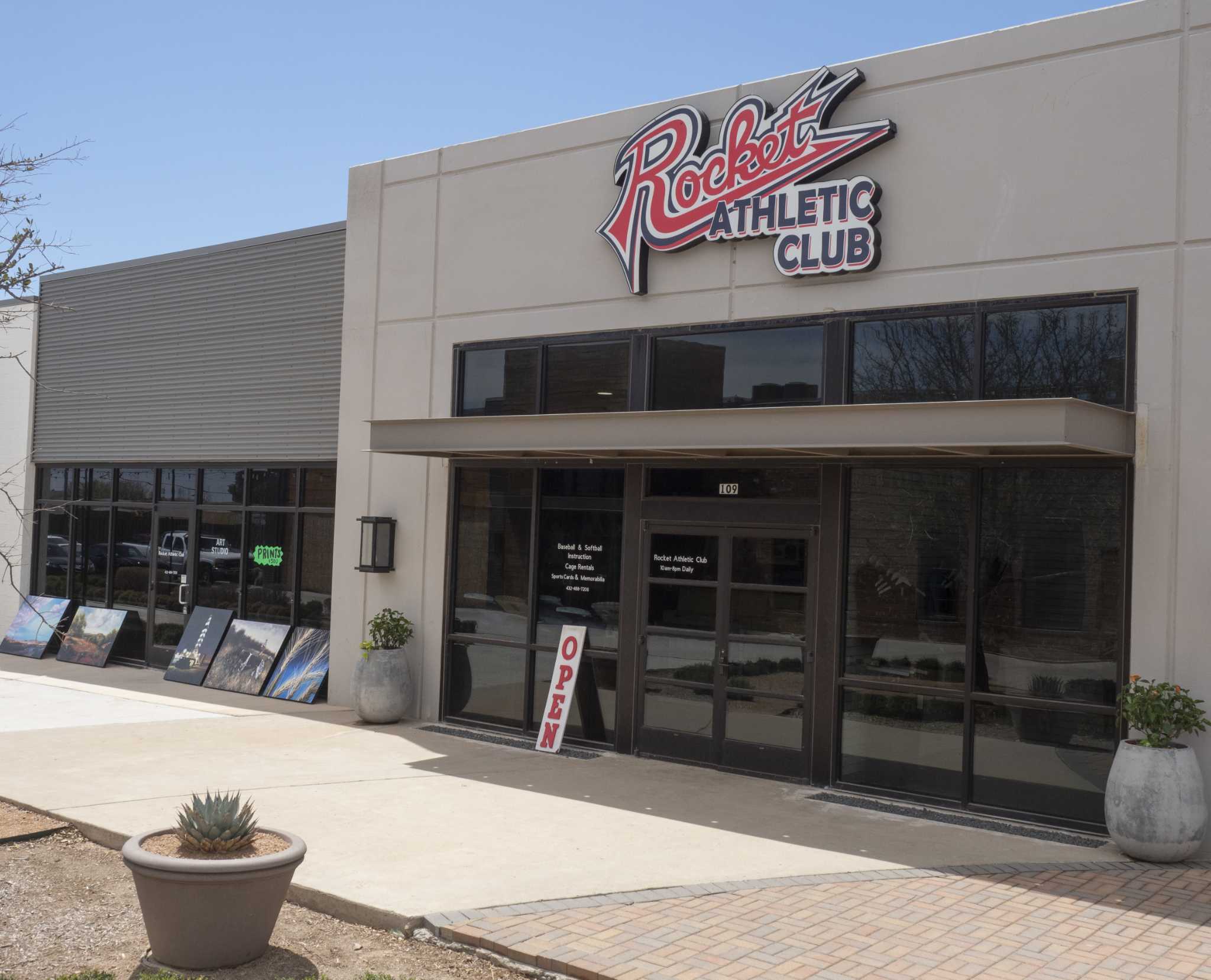 There may be no company as unique as the Rocket Athletic Club.

Located in Ally Village, across from Cork & Pig Tavern, Rocket Athletic Club is a baseball and softball training facility, baseball card store, art school and art gallery, the all in one building.

Danny Jordan, the owner, always gets questions from people wondering what the place is, because the first thing visitors see is a group of paintings he displays outside.

Once visitors walk through the front door, batting cages take up much of the building’s space.

“We just need a firecracker stand and a cigarette machine and we’ve got it all,” Jordan jokes about what he tells curious visitors.

Teaching kids how to play baseball and softball was Rocket Athletic Club‘s goal when it opened in February 2020, but the pandemic hit a month later, so Jordan had to figure out how to survive, especially when sports facilities were ordered to close and then be limited to 25-50% capacity for the first few days.

He brought his collection of baseball cards, consisting of legends of yesteryear like Babe Ruth, Ty Cobb and Mickey Mantle, to display in display cases.

Every kid who walks through the door gets a free pack of baseball cards, courtesy of Jordan.

“That way they know it’s supposed to be fun,” Jordan said of giving away free cards to kids. “Hard work is hard work and you have to do it, but the game of baseball is something to fall in love with and I think these cards help connect them with the game. cards, but more importantly, they learn that there is more to the game than what they see. There is a lot of history involved, and they can share that with their family, the older generations. Look at my cards , father.

Jordan even planned a baseball card show where only kids will be allowed to sell cards, while adults will be the buyers. He says the children’s card collectors who frequent his house are the young Gordon Gekkos who know all about wise investing.

Jordan, who majored in art at Texas Tech and taught the subject in middle and high school, also offers art classes for adults and children.

Jordan’s goal is to help people learn to paint faster with a five-lesson course.

“A lot of kids are surprisingly interested and if they can come here and do a lot of cool art too,” Jordan said. “Step away from the game for a bit. Let that other side of the brain exercise. It’s a good balance for them. Baseball is a great game. It definitely shouldn’t be the only thing you do.

“They might find out things about themselves that they didn’t know to begin with,” he adds.

During his playing days, Jordan, while playing left field, threw a base runner to second base to end the game and give Amarillo the Jayhawk Collegiate League title. The newspaper quoted him as saying “that guy can run, I better rocket the money” and Jordan’s teammates started calling him “Rocket”. Hence the name of his establishment.

Now, the former Texas Tech baseball player, along with fellow instructors Nikko Velarde and Paul Vasquez, dedicate their time to passing on their wisdom to young baseball and softball players.

Jordan says he’s seen too many kids burn out in the sport, so his goal is to make it fun first and foremost.

“We want them to have a neutral big brother in that mix,” Jordan said. “A place where they can get away from their friends and away from the noise and just focus on themselves.”