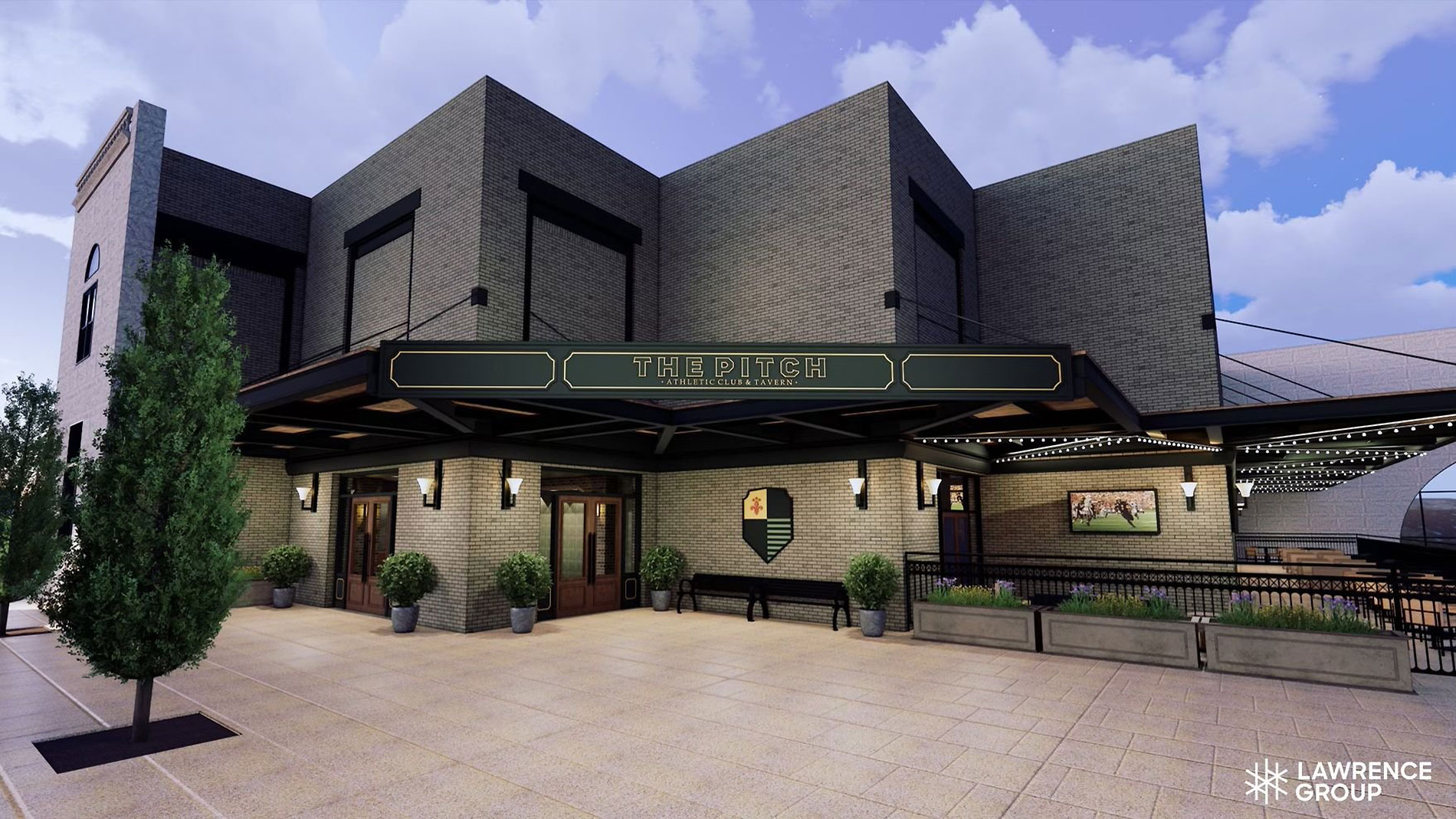 Sauce Magazine – The Pitch Athletic Club and Tavern will open near Centene Stadium in St. Louis in early 2023

The Pitch Athletic Club and Tavern will open near Centene Stadium in St. Louis in early 2023

A new football bar, The Pitch Athletic Club and Tavernwill open at St. Louis Union Station (1820 Market St.) in early 2022. The bar will be located in the former Senior Julio space on the northwest corner of Union Station, just across Market Street from City of St. Louis SC‘s Centene Stadium. A January 2023 launch is the goal, with the city’s new MLS football club due to kick off its inaugural season a month or two later.

The Pitch Athletic Club and Tavern is the latest addition to the Accommodation Hotel management (LHM) portfolio of hotels, restaurants and bars. The hotel group’s projects, including the Union Station complex, Hilton St. Louis at the ballpark, Cheshire and Social Westport.

Blaise Pastoret, restaurant manager at LHM, said he hopes local football fans will adopt The Pitch as their bar of choice on St. Louis City SC game days. “With the football stadium right there, we obviously wanted to lean more into a football push as well, making sure football fans know this is the place to come.” The Pitch is named after the term for a football field, perhaps more recognizable to football fans outside the United States.

Fans of other sports will also be well served – whatever sport you want to watch, chances are The Pitch will show it. Crucially for a sports bar, there will be TVs playing games everywhere you want to watch. The centerpiece will be a huge ribbon TV above a gun bar, with TVs on each wall and seating arranged so fans can follow the action from any angle. Some of the rest areas will have their own televisions, allowing customers to stay in control. “You’re going to have a few couches, a chair, and your own TV,” Pastoret said. “You won’t have to hunt down a manager or someone to change channels, you’ll have the ability to change channels right on the wall.”

At over 10,000 square feet, the space will accommodate around 200 seated guests, with room for around 40-50 on a patio. The patio will be on the side of the building, with three large swing doors opening into the space, which will be fenced off with a wrought iron fence. The main living area will feature a look that Pastoret described as “comfortable, warm and weathered”, with leather sofas, chairs, warm wood, accent rugs and gas lanterns. “We don’t want to create a false vibe at all, we want to make it casual and inviting,” he added. “We’re not trying to make it look modern, we want to look more like a European pub that you go to every week and watch your game.”

No sports bar is complete without some kind of memorabilia, and Pastoret said The Pitch will serve as a celebration of St. Louis sports teams past and present. Expect framed merchandise, jerseys and trophies featuring names like the North American Soccer League’s St. Louis Stars and the city’s former NBA team, the St. Louis Hawks, alongside the Blues and Cardinals.

The drink selection will center on beer and spirits, with a small wine list. “We haven’t really decided whether we’re really going to do cocktails or not,” Pastoret said. “We’re going to be keeping it pretty casual, so I’m not sure if this place really lends itself to cocktails. But we’ll be curating a great whiskey list, lots of cool gins.

Pastoret said The Pitch aims to attract a lunchtime crowd with a “very affordable” menu centered on sandwiches and appetizers, with some soups and salads also offered. An early version of the menu includes appetizers like chicken lollipops with Buffalo sauce and blue cheese dressing, Bavarian pretzels with horseradish mustard and beer cheese, large grilled ravioli and lobster Rangoon. This debut menu also includes items like a turkey club, fish sandwich, roast dip, fried bologna, shrimp po’boy, and Philly cheese steak. The bar will also partner with a New York institution Carnegie Deli to bring charcuterie and bread – the proposed menu envisions a Carnegie pastrami sandwich as well as a featured Reuben at The Pitch.

Football fans in the United States treasure sports bars that show live games from major European football leagues – mainly England, Italy, Germany and Spain. That means early departures on weekends come with the territory. To that end, The Pitch will open at around 6:30 a.m. on weekends, with an opening time on other days closer to 11 a.m.

Pastoret said he thinks The Pitch would come at the right time to contribute to what he called an “epic” time for downtown St. Louis. “I can’t wait to see that first game. It’s going to be amazing,” he said. what Union Station really used to have. And all of that is right next door south of the Union Station complex, everything we’ve had for years with the ferris wheel and other restaurants. It’s going to be a pretty cool area and walkable once you get there.