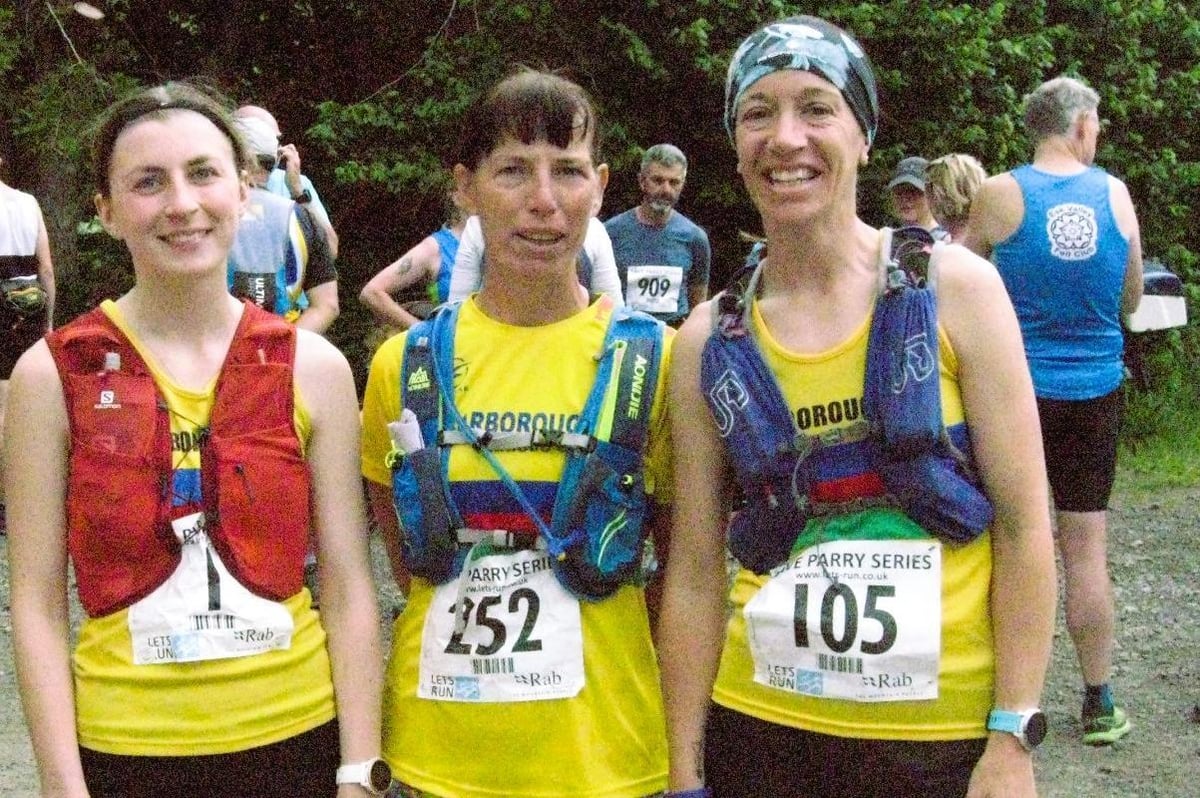 Jenna Wheatman and Victoria Lockey, who both made their championship debuts, finished first in their age group at the Hammer and also set championship records.

Four members of the club represented the club in the second round of the Northern League East Division One at Cleckheaton.

Robbie Preston finished first overall on 131 with a PB.

Rhona Marshall was the first woman overall and led the club’s women to another team win. Rebecca Dent finished third and first under 23.

Julie Clayton sealed the win in 12th, second in the over-55s.

Paul Lawton finished third overall in 88. He was followed by Dale Hepples, 38th overall in the men’s standings and sixth in the over-45s. Neil Scruton was the 45th man and the first over 75.

A group of 19 members took part in the North Yorkshire Waterpark ParkRun.

Aaron Padgham led the club members after finishing 21st overall out of 147.

Sue Haslam was the first of the club’s women to finish fourth overall on 83 and set a new over-65 course record.

Carey Bilton was the Tail Walker and added her seventh over-45 result to her Parkrun record.

Harry Whitehouse was the first Over-70 and Mike Padgham was the second Over-65.

Pauline Elliott finished 18th overall out of 59 women and fifth in the over-40s. Mary Slater was second Over-70 and Lesley Bayes third Over-70, Alan Keenan was the Tail Walker and added his Over-75 result to his Parkrun record.

Lynn Watson finished 29th in the 160 and second in the over-60s at the Burnage Stockport Parkrun.

Harry Whitehouse competed in the Burton Constable 10K Trail Race for a second consecutive year and finished second in the Over 70s.

Lynn Watson competed in the Ron Hill Tour of Tameside seven-mile series race and finished in 72.13 and fourth Over-60.

Kevin Hutchings, member of the second claim, participated in the half marathon which was a distance of 13.45 miles and for which he clocked a time of 2:02:41.