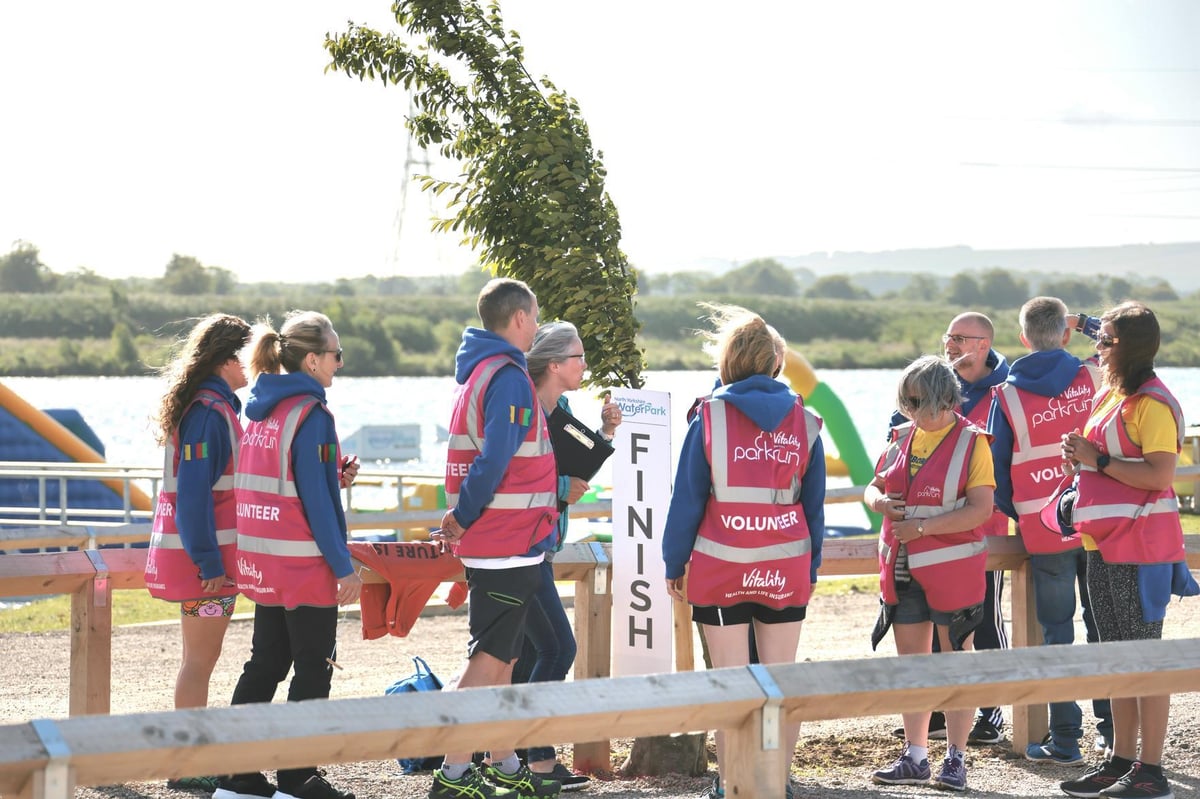 By Kara J. Rosati On Jun 16, 2022
Share
Members of the Scarborough Athletic Club have taken over management of the North Yorkshire Water Park Parkrun Photo by Mik Lambert

Courtesy of Parkrun Director Tony Stewart, Scarborough AC provided most of the volunteer positions needed to run the Parkruns, at scenic Wykeham, to raise awareness of their club, writes Mick Thompson.

In addition to the 18 club members who volunteered, 22 club members participated on a beautiful but very windy morning.

However, seven runners managed to complete a Parkrun PB for the standard standard five kilometer distance.

The start of the Scalby Fair amusement race

The first club and overall finisher was Paul Lawton who led 165, including a remarkable 74 ‘rookies’ at this Parkrun.

The club’s first woman was Claire O’Neil who finished second overall on 66 and first in the over-45s.

Sixty-nine club members took part in the second round of the club’s Summer Handicap race series, which consisted of a 5km round trip on Filey Beach.

The handicapping nature of the race meant that the fastest runners started last, so they could enjoy an even faster pace by catching and passing the slower runners.

The fastest finisher was Rhona Marshall, with Rebecca Dent and Anna Giddings second and third fastest.

This consisted of two laps around the village area and attracted 37 runners.

Harry Butterworth held off a strong challenge from Jackson Smith to finish first overall out of 37, and Chris Brown who finished third overall.

The first wife was Anna Giddings, followed by Sue Haslam and Hester Butterworth.

At least 21 club members have participated in the Sledmere Sunset Trail Race.

Due to a shunting error, many of the leading runners pulled away from the race and, after covering additional distances, some then decided to withdraw from the race.

Results provided by the official race timing company recorded Robert Preston as third overall at 325 in an excellent time under the circumstances of 41.59.

Claire O’Neil led the club’s runners after finishing third overall in 187 and first in the over-40s in 50.58.

Kevin Archer shone at the British Masters Championships in Derby.

In the 1500m final for men aged 65-69, he added another national silver medal to his collection after finishing a tactical run in 5:40:47.

Nick Coombes competed in one of the Settle Saunter trail races, he finished the half marathon 38th overall out of 83 and finished fifth in the over-60s in 2:41:36.

Two members of the club participated in the Hull half-marathon road race.

Jo Ireland finished in 1:58:18 and Andrew Chidwick made his event and club debut finishing in 1:48:19

Victoria Lockey competed for England in the ‘Fur’ International cannicross races at Pembrey Forest, Carmarthenshire with her two dogs Dasher and Molly.

Over two consecutive days of 5k races, with the finish times combined, she and her dogs finished ninth individually and Team England were the big winners.

Competitors had to complete laps of a three-mile loop in less than 59 minutes.

Those who had completed what was described as 9 “warm-up” laps qualified for a final 3 miles at race pace.

Nikki joined 138 others who qualified for the final, and in the then very hot weather conditions in the forest, she finished 10th overall and fourth woman.

Andy and Nicola Doody competed in the Morecambe Parkrun and both achieved PB Parkrun times.

Pauline Elliott was the only club member at the Sewerby Parkrun.

She finished 19th overall in the women’s standings and fourth in the over-40s.

Dave Fox led the quartet after finishing 27th overall out of 101 and second in the over-70s.

Over a course of five laps, he finished first Over-70.

Monty and Jenny Kettlewell took part in the Skipton Parkrun.