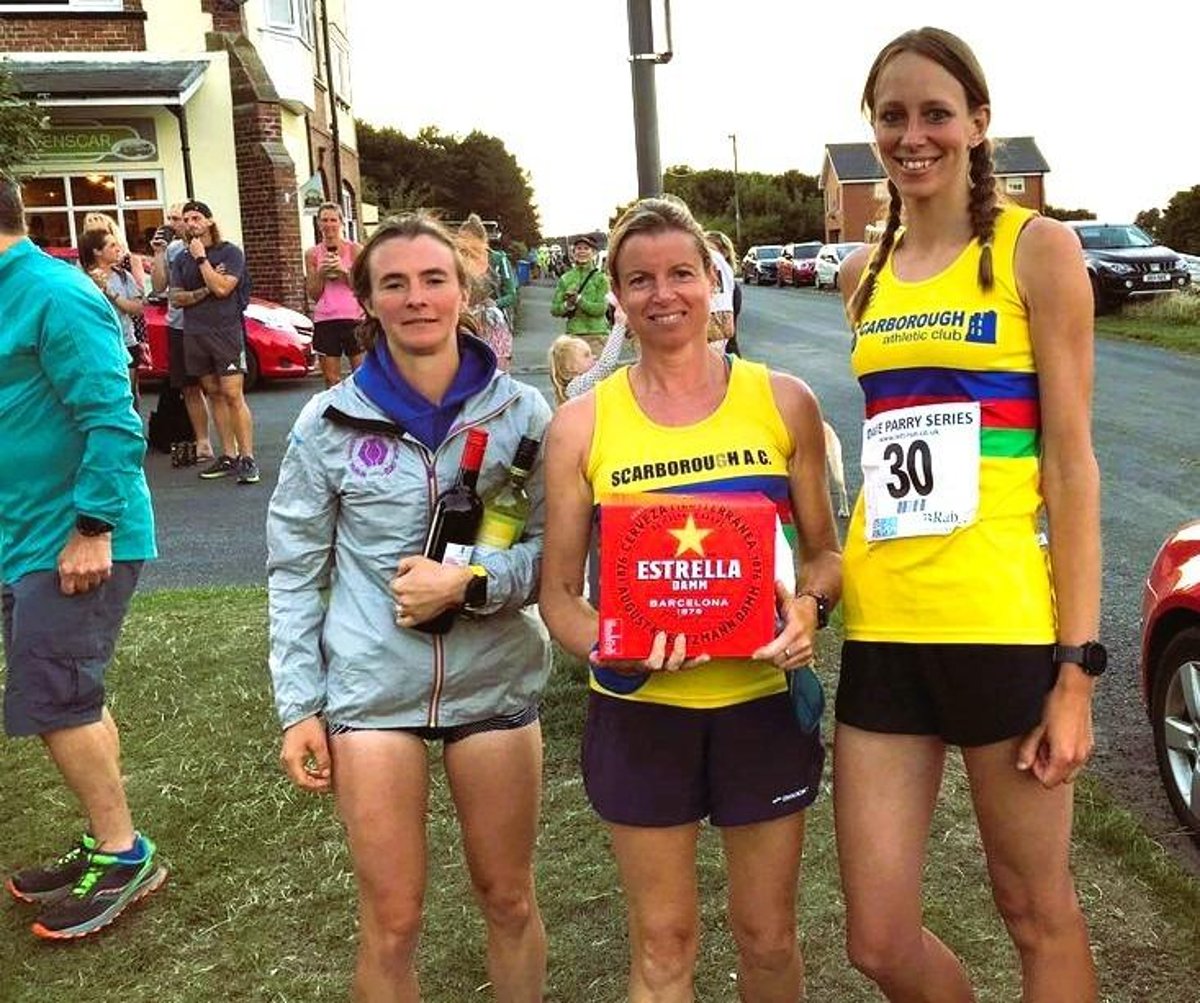 By Kara J. Rosati On Aug 18, 2022
Share
The winning team from Scarborough AC at the Ravenscar Rumble Fell Race

In the Ravenscar Rumble Fell Race, in addition to providing the overall winner and third woman, the club scored winning men’s and women’s teams, along with two other men’s teams and another women’s team.

Daniel Bateson was the clear winner of 80 finishers in an inaugural course record.

It was followed by; Paul Butler 3rd and 1st over 55, Robert Preston 4th and Anthony Gough 12th and 3rd over 40 who closed in on the winning team.

She was followed by Anna Gidding who made an excellent debut in the drop race in 4th position.

Paul Lawton led the club members after finishing 10th overall out of 107.

Rhona Marshall finished 4th overall in the women’s standings and 1st in the over 40s. She was followed by her mother Sue Haslam who was 11th overall woman over 38 and 1st over 65.

This year again, Neil Scruton led the Over 75s.

Pascal Dannerolle made a good start by finishing ahead of 14 other competitors.

The self-navigated race followed a demanding circular route over the North Yorkshire Moors and included climbs to Captain Cook’s monument and the Hanging Stone.

Nikki Carr Walls raced alongside her 13-year-old son, Alfie Carr Walls, who was competing in his first-ever 13-mile race against adults.

They finished 5th overall. Alfie was the first boy under 16 and Nikki the first woman, after they were both clocked at 2 hours 15 minutes.

Competitors had to complete as many 6.5 mile laps as possible in 6 hours, Adrian Atkinson and Nikki Doody completed 2.5 laps and 15 miles in total.