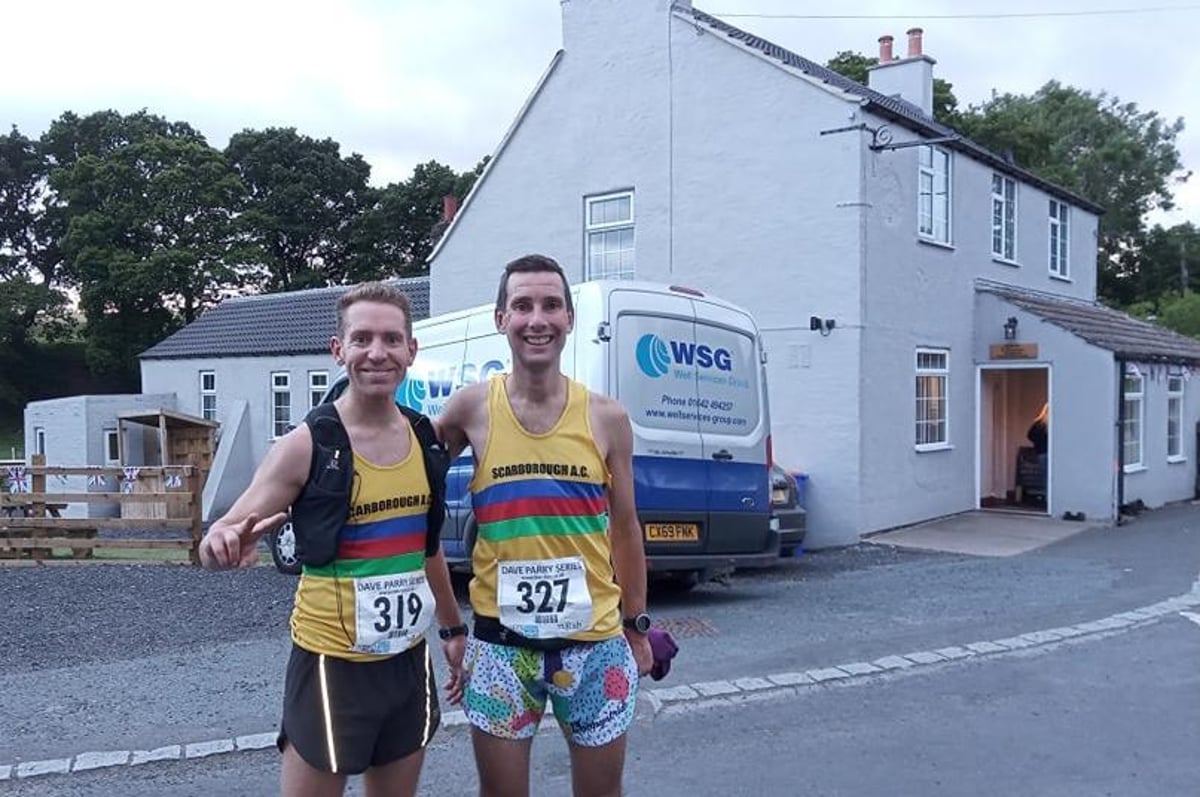 This event consisted of a 12.3 mile clockwise course that had 3,3000 feet of climbing above the Kentmere Horseshoe near Kendal, writes Mick Thompson.

He achieved his best result at this high-profile event, finishing second behind British team rider Jonny Cox, and ahead of around 300 others.

The race, which started and finished at Commondale Village Hall, consisted of a 12 kilometer course with 527 meters of climbing in 50.58 which beat the course by more than a minute.

Daniel Bateson finished first overall at 78 clocking 50.58, which improved the course record by more than a minute.

He was followed by runners-up Paul Lawson, Sean McEwan and Laurence Wood closing in on the men’s team which was fourth of seven teams. Neil Scruton backed up the team in the 47th and first Over-75.

Their combined score was enough to be rewarded by the first team.

The race consisted of a 12.8 kilometer course which, as was implied, featured four main climbs totaling over 500 meters of ascent starting and ending at Carlton Bank’s Lordstones Café.

The club’s first finisher was Paul Lawton who finished fifth overall on 72. He was followed by Robert Preston in 20th and Neil Scruton 51st and 1st on-75.

Rebecca Dent was fifth in women’s and first under-23, Sue Haslam was ninth and first over-65.

The duo scored enough points to be marked as the women’s second team.

Fifty-five members of the Scarborough Athletic Club took part in the third round of the club’s Summer Handicap series.

The race consisted of a three lap course totaling 3.9 miles at Oliver’s Mount on a cool, rainy evening before the heat waves to follow!

The fastest male was Jackson Smith followed by Paul Lawton and Robbie Preston.

The fastest woman was Rhona Marshall followed by Rebecca Dent and Anna Giddings.

Kevin Hutchings competed in the Mossley 10k road race for his first claim club Royston Runners. He finished 140th overall out of 294 in 55.16.

Hutchings then competed in the Royston Runners 6.5 Trail Race and finished in 60.48.

Mark Colling finished first for the club in third overall in the 180 and first in the over-55s.

Rebecca Dent led the club’s women to third overall at 75.

Five members of the club took part in the last Sewerby Parkrun.

Lesley Bayes finished first for the club in 46th out of 78 women and second in the over-70s.

Two members of the club participated in the last Dalby Forest Parkrun.

Chris Bourne finished 29th overall out of 131 and fourth in the over-50s.

Lisa Bourne was the eighth woman aged 58 and the first over 50.

Harry Whitehouse added the Todmorden Parkrun to his most impressive tally of 143 Parkruns and over 100 at various venues, after finishing 30th in the men’s and first Over-70.

Avril Metcalfe competed in the Elgin Parkrun for a second year and finished third in the over-60s with a personal best.

Liverpool and Manchester United are after Athletic Club’s Nico Williams