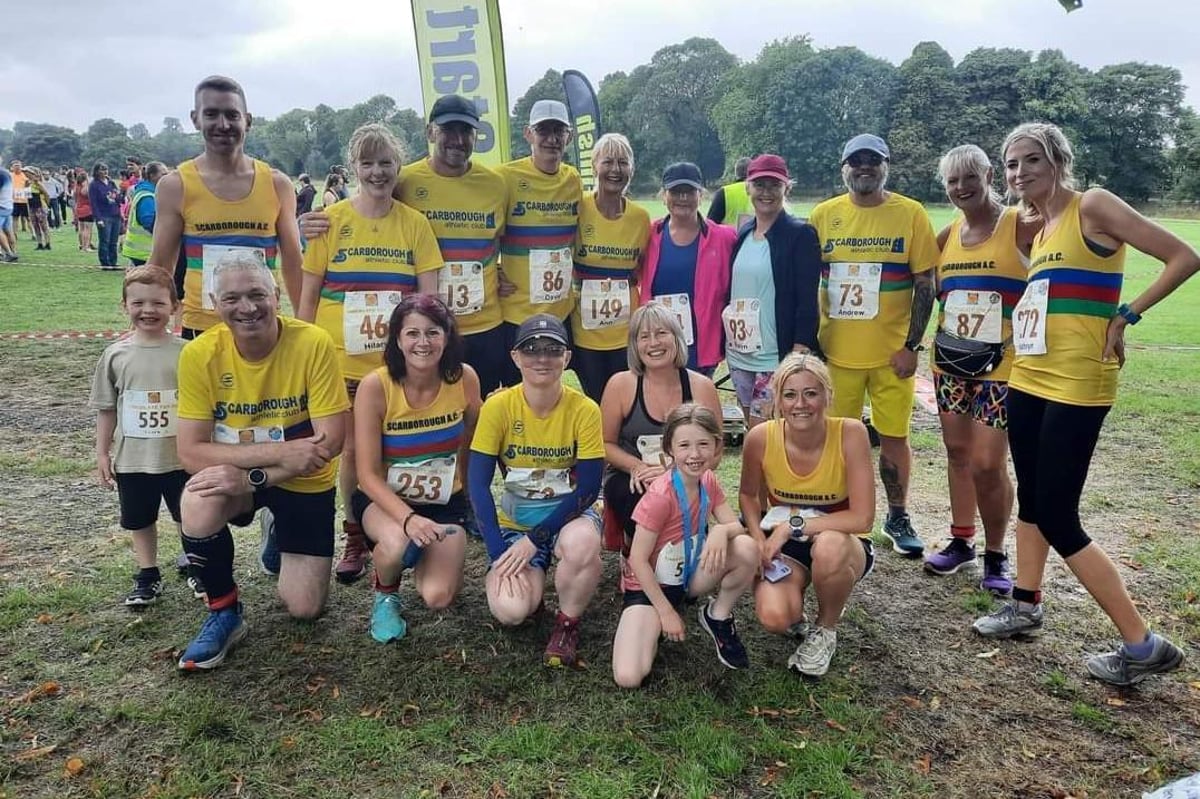 This route is over and around the York Knavesmire, and passes the site of Terry’s former chocolate factory.

Paul Lawton finished first overall in 245 in 39.22. Nicola Doody led all women at the club finishing 16th in the overall women’s ranking and fourth in the over-45s.

The club has achieved very good results in female and male veterans.

Joseph Merron made a notable debut when he was the club’s first finisher and 11th overall out of 155.

David Field and Dale Hepples join the many volunteers who make this popular weekly event possible.

Neil Scruton and his two grandsons took part in the Beverley Westwood Parkrun.

Robert Preston finished 7th overall out of 280. Sarah Marshall finished 47th out of 110 women and fourth in the over 45s.

Glyn finished second overall in 117 and first in the over-50s.

Lorraine Hewitt was 17th out of 42 women and fifth in the over-50s.

The course consisted of an 11 kilometer test with 560 feet of elevation.

The club’s fallen runners maintained a string of impressive results in the league, when Dan Bateson finished first overall and our women’s team of Rhona Marshall and her mother Sue Haslam, between them, scored enough points for a first score team after Rhona finished 3rd and Sue 6th overall first in the over-65s.

Six members of the club competed in various triathlon events based at the stately home of Castle Howard.

The above average warm weather, strong winds and hilly courses increased the challenge for all and especially for those who are not regular triathletes.

In the Super Sprint event which consisted of a 400 meter swim / 20 meter cycle / four kilometer run, Hester Butterworth finished fifth in the overall women’s standings and first in the over-50s.

Three female members of the club participated in The Gauntlett race which consisted of the official Half Ironman distance with: 1.9 km swim / 56 miles bike / half marathon.

Sarah Noble led the trio after finishing 16th and sixth in Senior. It was followed by; Julie Clayton 20th and fourth over 50 and Nikki Carr Walls 25th and eighth senior.

Duncan Smart competed in the standard duathlon which consisted of an 11 kilometer run, a 28 mile cycle and another seven kilometer run.

He finished this difficult event in seventh position overall and 1st in the over-50s.

Lisa Baker competed in a standard (Olympic) distance event for the very first time. It consisted of a 1500 meter swim, a 40 kilometer cycle and a 10,500 meter and included top athletes.

Lisa held on well to finish 17th in the over 40s and ahead of 10 women overall.

On July 23, Neil and Margaret Scruton took part in the South Shields Parkrun.

Lynn Watson competed in the Alexander Parkrun Manchester and finished 50th overall woman out of 107 and 1st over 60.

Three members of the club took part in the Dalby Forest Parkrun.