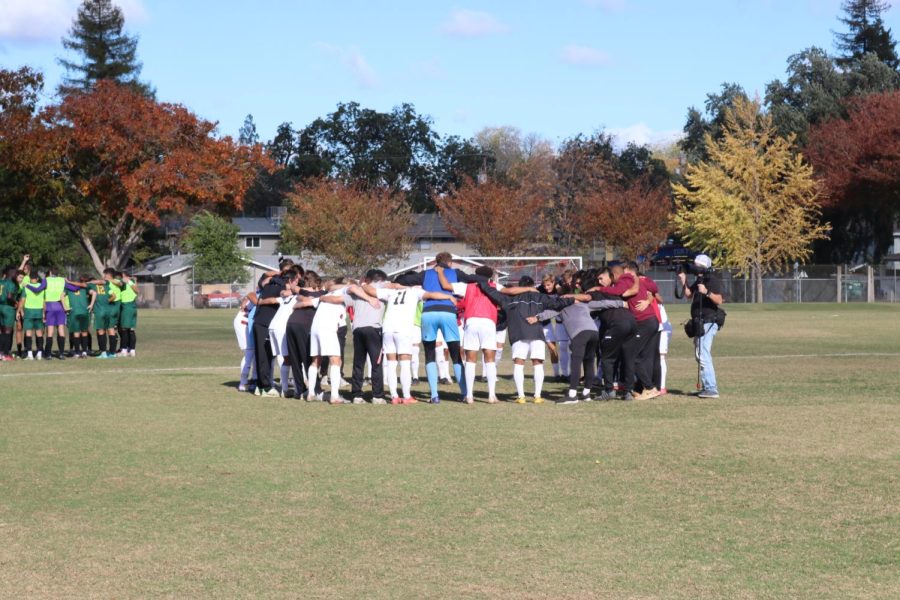 Thursday was the last game of the season for the Chico State men’s soccer team and everything was on the line for them.

If they win, they advance. If they lose, they go home.

The visiting Humboldt State Lumberjacks experienced similar circumstances, as long as they didn’t lose they were in the California Collegiate Athletic Association playoffs.

They faced each other earlier in the year at Arcata in a non-conference game and the Lumberjacks emerged victorious.

After a heavy loss in their last game, the Wildcats defended their home ground and with a score of 1-0, advanced to the CCAA playoffs as a sixth seed.

â€œWe were on a long losing streak and we had a chance to make the playoffs today with a win, and we got there,â€ said Wildcats defenseman Trevor Fritz.

It was a playoff game for both teams. The Wildcats took control for most of the first half.

Wildcats midfielder Adrian Fontanelli prepared Wildcats forward Jacob Chong after 27 minutes of the first half. Chong did the rest and scored the game’s first game-winning goal.

Less than three minutes from the end of the second half, a penalty was awarded in favor of the Lumberjacks. It was the break they needed, if executed properly they were in the CCAA playoffs.

Wildcat goalie Luis Albarran versus lumberjack forward Marcos Silveria for a playoff spot. Albarran made the stoppage of the season and was the hero of the evening.

The Wildcats advanced and the Lumberjacks season ended.

Despite a slow start to the season, the Wildcats achieved one of their goals – reaching the CCAA playoffs.

â€œThere have been a lot of ups and downs this season,â€ said Wildcats midfielder Cooper Renteria. â€œFinally reaching the goal we worked for is good. “

This CCAA playoff berth extends the Wildcats’ streak to four consecutive seasons, qualifying for the playoffs.

The Wildcats and Coyotes have a history dating back to the 2019 CCAA playoffs, where the Coyotes defeated the Wildcats 1-0 in the first round.

Their first game of the year at Chico ended in a 3-0 victory for the Coyote.

They are now in San Bernardino for the first round of the CCAA playoffs this year.

The third-seeded Coyotes ended their season on a five-game winning streak, while the sixth-seeded Wildcats finished on a winning streak.

Players to watch for the Wildcats:

The seasons for these two teams are at stake on Sunday. Anything can happen, the Wildcats just have to ride their momentum to keep their season alive.

â€œThe job is not done,â€ Duerksen said.
Javier Hernandez can be contacted at [emailÂ protected] Where @ jhm1226 on Twitter.