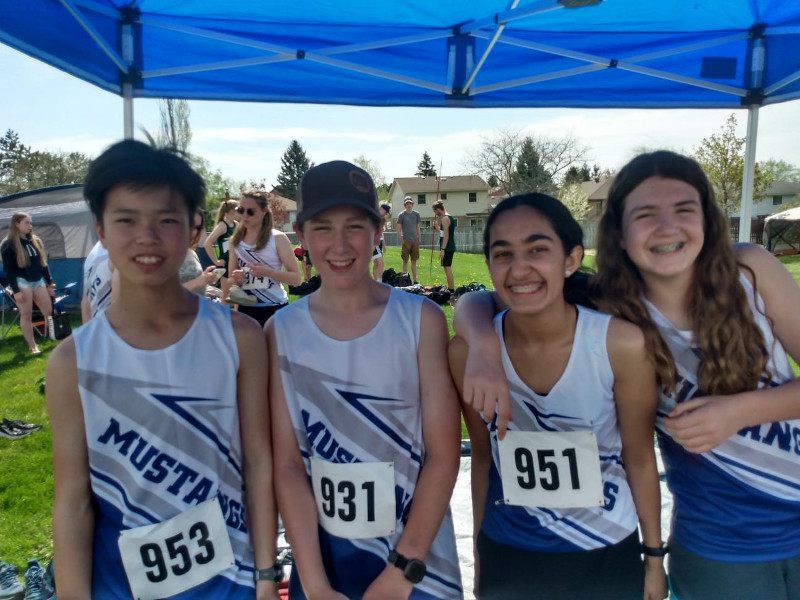 The high school athletics season officially started this Thursday, May 12 with the first competition of the season.

The high school season is short and incredibly tough, with each encounter determining who qualifies for the next encounter; each of these attracts athletes from a wider geographic area until, eventually, athletes can compete in OFSAA; the Ontario High School Championships just weeks into the season. Athletes need to be able to run just hard enough to qualify for their next race and not get too tired because competitions are often less than a week apart and recovery time is short.

On May 12, athletes from our local school board flocked to Kincardine for the Bluewater Athletic Association (BAA) meet. The Georgian Bay Coyotes Athletic Club had six athletes competing this year; four competing for St. Mary’s High School in Owen Sound and two competing for GBCS in Meaford.

“Overall it was a great day for our Coyote athletes with five athletes qualifying to compete at CWOSSA (Central Western Ontario Secondary School Athletics) this Wednesday May 18th in Brantford. We wish them much success as the CWOSSA is one of the toughest areas to navigate in Ontario,” the Coyotes said.

Marcelino confirms he may not be at Athletic Club next season