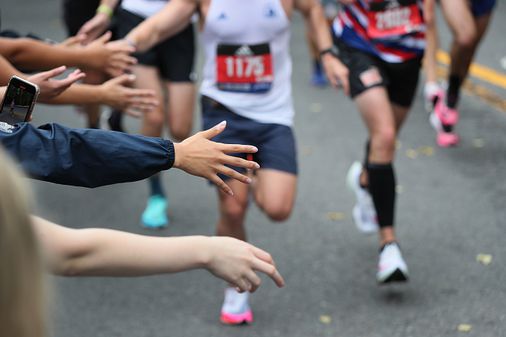 Not all Russians support Vladimir Putin’s brutal war on Ukraine. And while the reflex is understandable, ostracizing all Russians is the wrong way for Americans and American institutions to protest Putin’s murderous aggression.

Since Feb. 24, when Putin launched an unprovoked attack on Russia’s democratic neighbor, Western institutions ranging from opera houses to museums have fired or dismissed Russians. Sometimes this reaction has been justified. In the world of classical music, for example, several prominent Russians, such as the recently sacked conductor of the Munich Philharmonic Orchestra, Valery Gergiev, have explicitly allied themselves politically with Putin. Good riddance to them.

But firing Russian racing drivers or canceling a performance by a Russian pianist who, in fact, publicly criticized the war, are overreactions. And canceling performances of Russian composer Piotr Ilyich Tchaikovsky’s “1812 Overture”, or classes on Russian author Fyodor Dostoevsky – both of whom have been dead for more than a century – is simply ridiculous.

Get an opinion today

The essentials of Globe Opinion, delivered to your home from Sunday to Friday.

And then there’s the Boston Marathon. This week, organizers said Russian athletes residing in Russia would not be allowed to participate in the race. “Like so many around the world, we are horrified and outraged by what we have seen and learned from the reports in Ukraine,” said Tom Grilk, president of the Boston Athletic Association. “We believe that running is a global sport, and as such we must do what we can to show our support for the Ukrainian people.”

The BAA policy ban also applies to riders from Belarus, whose dictator, Alexander Lukashenko, allowed Putin to use the country as a base to attack Ukraine. Thousands of Belarusians tried unsuccessfully to remove Lukashenko during the 2020 protests, and since February Belarusian supporters have been risking their lives to sabotage trains carrying Russian supplies.

Russians and Belarusians who live outside these countries will be allowed to race, but not under the Russian or Belarusian flag. This leaves open a bizarre possibility – that a Russian living in France who supports the invasion could participate, while a Belarusian in Minsk who opposes Lukashenko cannot.

Keeping Russian and Belarusian symbols out of the marathon is appropriate. And many Americans will likely applaud the BAA’s decision to ban runners as well; even before the invasion, repeated doping scandals darkened Russian athletes. Yet the policy on the runners raises the question of where this slippery slope of collective punishment ends. An Ethiopian has won the men’s marathon six times. Currently, according to Amnesty International and Human Rights Watch, the Ethiopian government is committing war crimes and crimes against humanity in its Tigray region. Should Ethiopians be banned? Why not?

In the future, museums and other institutions could ask every Russian runner – or violinist or painter – to denounce the invasion of Ukraine and avoid those who refuse. But it’s not a step the Americans (or the Soviets) took, even in the worst moments of the Cold War. Van Cliburn didn’t have to speak out against American foreign policy to perform in Moscow, and the Bolshoi Ballet was allowed to tour here without criticizing the brutal Soviet invasion of Hungary. There would have been no Soviet ice hockey team in Lake Placid that the Americans could defeat if its members had been forced to denounce the invasion of Afghanistan just to play.

A better response than inflicting collective punishment on the Russians would be to use this as a moment to uplift the Ukrainians. Part of Putin’s warped justification for the invasion is his view that Ukraine itself is a fiction, and that the Ukrainians are truly “one people” with the Russians who must be brought together by force. Now is the time to destroy this myth. The National Gallery in London, for example, renamed a Degas painting “Russian Dancers” to the more accurate “Ukrainian Dancers”. The Seattle Symphony performs works by Ukrainian composers. Interest in learning the Ukrainian language has skyrocketed.

Punishing individual Russians, regardless of their political views, is unlikely to help Ukraine defeat Putin on the battlefield. But by using their power to uplift Ukraine and Ukrainians, cultural institutions can help defeat Putin in the hearts and minds of the world.

Editorials represent the opinions of the Editorial Board of The Boston Globe. Follow us on Twitter at @GlobeOpinion.