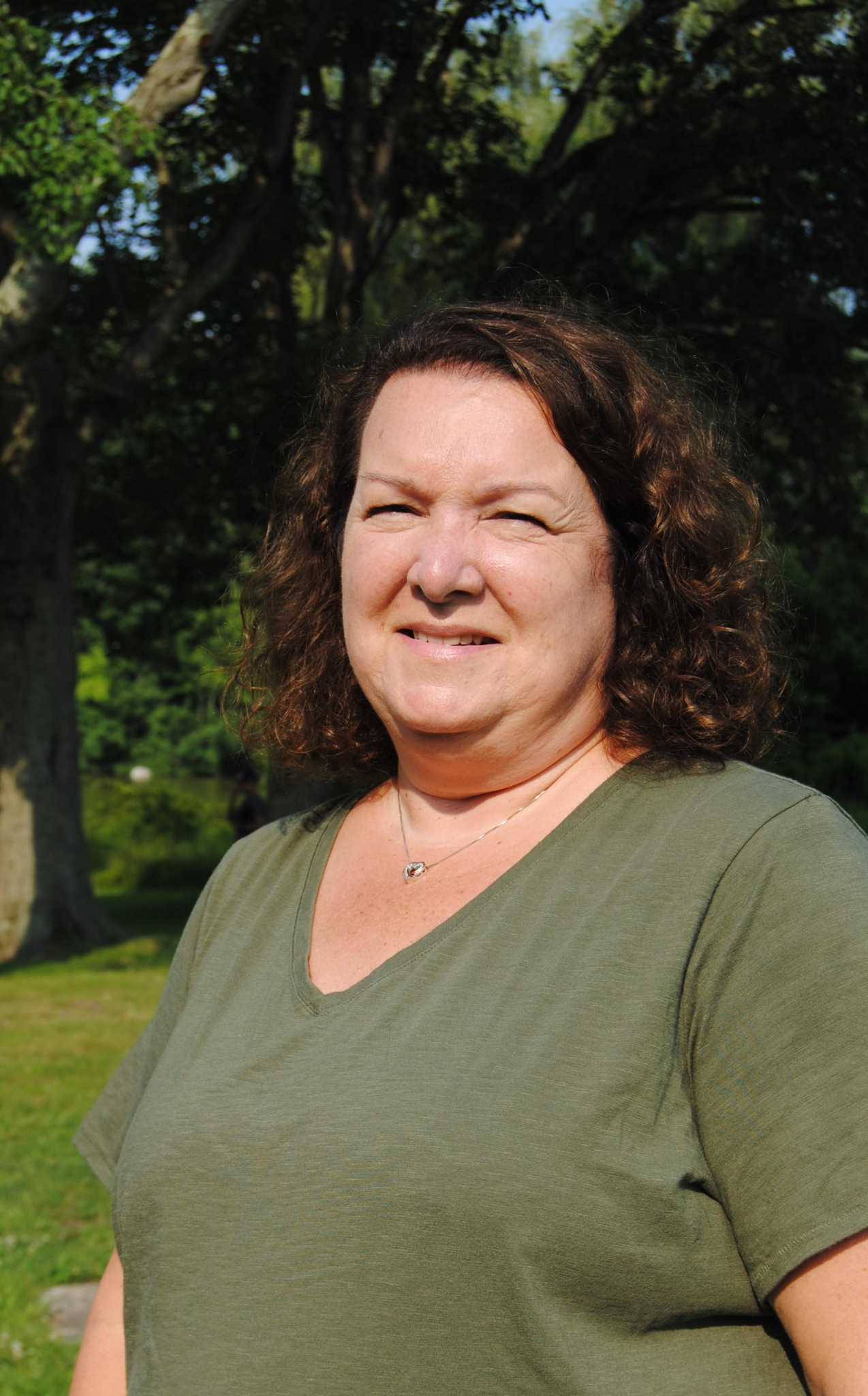 The Greater Danbury Old Timers Athletic Association is pleased to announce the resumption of the annual awards banquet, after Covid-19. The awards banquet will take place on September 30 at the Amber Hall. Tickets cost $ 50 each and are available from Pembroke Pumping in Danbury, 203-746-1424, Iovino Brothers in Danbury, 203-790-5966, or through the Old Timers (call or email Frank Acri, 203-733 -7956, frankacri @ sbcglobal.net).

The Old Timers are asking that there be no requests for tickets to be held at the gate. No tickets will be sold at the door.

She graduated from Bethel High School in 1984 and excelled in softball. But her most notable sport is 10 pin bowling, for which she is honored. She has been bowling in local leagues for over 36 years. She has two perfect games (300) and although the 800 series has eluded her so far in her career, Cindy has reached 799 twice, the highest for any female in the local bowling association. Cindy has averaged over 200 over 20 of her 36 years, posting a high game average of 221 for a full season. She finished 10+ 1st place in local tournaments sponsored by the Danbury Women’s USBC Association, and 5 CT State women’s bowling tournaments. Cindy won the CT State Queen’s title and is a two-time Bowler of the Year for the Danbury WBA. She is also a member of three Bowling Halls of Fame: Greater Danbury, CT State and Northeast Council. Cindy has also served local bowlers in several capacities. She was a director of the Greater Danbury USBC for 8 years, during which time she chaired the local Hall of Fame committee for 6 years. She has also volunteered on the CT State Hall of Fame Committee.

Played football at Danbury High School from 1963-1966, starting all four years as a tackle in attack and defense, playing two years for “Copper” Crotty and two years for Ed Yedziniack. As a senior, Chuck dominated both the competition, weighing 265 pounds in the season when DHS had the longest line documented by the CT state. After high school in Danbury, Chuck served his country as a sergeant in the Marine Corps, making two tours of Vietnam. For 39 years after serving in the Corps, Chuck was the head coach of the Vikings / Pop Warner Youth Football League, winning two national championships during his tenure. Chuck also co-founded the Hat City Youth Sports Organization. He has also served on the boards of the Pop Warner League (30) and PAL Basketball (12). For over 20 years, Chuck has been involved with Special Olympics softball teams, winning numerous state championships and even a world championship. in Tokyo, Japan (Although his team won, Chuck was unable to attend. Chuck is honored posthumously. He passed away on July 14, 2021.

He made a name for himself as a professional PGA Tour, but long before that he was a star at Danbury High School, where he graduated in 1976. He was selected twice by All States and, as a high school student he won the Woodstock Open in 1976. Ken turned pro in 1980 and got his tour card. He played the very first hole he played as a pro at the Phoenix Open. Ken has won several PGA events including the Canadian Open, Milwaukee Open, Greensboro Open and the International. He was a member of the Ryder Cup and the Asahi Cup (he is currently the president). He has also co-designed courses in New Mexico, Michigan and Florida. But his most important contribution to sport, locally and nationally, has been as a philanthropist. With his wins at the 1992 CT Open Championship, he started the Ridgewood Country Club Employees Scholarship Fund. He raised over $ 500,000 for the Ann Hines Children’s Clinic, and in 1991 he brought touring pros Mark Calcavecchia, Dave Rummels and the late Payne Stewart to Richter Park for an exhibition match. That in itself raised over $ 100,000. Although a tragic accident ended his career on the PGA Senior Tour in 2009, Ken never gave up. He raised over two million dollars for various charities and wrote a book called “Hunter Of Hope”.

Played baseball and football for Danbury High School from 1964 to 1968 after which he became active in many local youth organizations including Babe Ruth, PAL and others. He has been a coach since the age of 17 and still coaches at Henry Abbott Tech and Danbury Youth Baseball. Although a knee injury ended his football career, Duke played baseball from Little League to the Junior and Senior League, the Housatonic League, Danbury PAL, American Legion and the Twilight League (NY). Never an athlete of a single sport, Duke also played in the Danbury Industrial League basketball league at the War Memorial. As of that year he has coached for over 50 years and received a proclamation in 2019 from then-mayor Mark Boughton for his longtime training in youth baseball. He won the MVP and batting titles in the Weekend Open League and the Industrial League. By his admission, Duke’s passion is training, which was instilled in him at the age of 14 in the Mill Ridge section of Danbury. In addition to the aforementioned HATS, Duke currently coaches a youth group (12-18) in New Milford called the CT Kings. This organization travels the state playing in storefronts and against teams from other leagues.

He learned to play football in his native Portugal, playing in “sandlot” games until he emigrated to the United States at the age of 10. led by the legendary â€œCoachâ€ Garamella. In attack, Joe played on the right wing and the center half. In defense, he also played the center half. Joe’s HATS teams won the Western Connecticut Conference for his four years on the team, and they won the CIAC State Championship in 1967. Joe was the team’s co-captain during his last year when Henry Abbott Tech School was ranked the number 1 Team M class in the state. In 1967 Joe was named to the News Times / WCC All Star Team, and in 1968 he received the Outstanding Sportsmanship Award for Coaching from HATS. During his years at HATS, Joe’s teams went undefeated in three seasons. Joe continued to play organized football for the Danbury Portuguese Club and later Danbury Portuguese United, after the Sons of Portugal merged with Club Portuguese. For 16 years, Joe’s teams played against other European-based teams, and while winning and losing records weren’t kept, it was not uncommon for Joe’s teams to win matches. with scores as lopsided as 6-0 and 7-0. To cap off his football career, Joe coached PAL in 1984-85 internally, and the travel team from 1986-90.

A basketball, baseball and golf athlete, he played Little League (1952-55) and Babe Ruth (1956-59). In Babe Ruth, he was named an All-Star pitcher at the age of 12. But Bon turned to sports refereeing, having spent 42 years refereeing in high school and college basketball. He has competed in numerous finals for many women’s leagues, including 6 CIAC State Women’s Finals. He has also refereed the women’s Ivy League finals over the years. Bob officiated in the girls’ “Sweet 16” games of the NCAA tournament. Bob was inducted into the CT Women’s Basketball Hall of Fame in 2009. Bob has also worked as an official for both men’s and women’s football, having played in the WCC B Final game. He also officiated in three B State semi-finals games. Bob did that for 26 years. For 13 years, he also worked in men’s slow-pitch softball games. He shared his duties during the Monday night games with Jerry DeJulia.

A multisport athlete at Danbury High School, where he earned the FCIAC Honorable Mention in his freshman year, playing third base and shortstop in baseball (1986-88), quarterback and safety – team captain and MVP – in football, and was a point guard of the basketball team. Twice he won the Union Savings Bank / WINE Player of the Game award. As a soccer player, Deane was named to the All FCIAC on Defense and was an Honorable Mention Player of State. Later, at Springfield College, he played third baseman and was a starter for two years. Deane played in the War Memorial Basketball League, the Housatonic Basketball League (for the Danbury A’s) and still found time to play in the Danbury Touch Football League. He coached the Danbury Intertown baseball team in 1992. His team also won the Babe Ruth Intertown league title in 1992. As a coach, Deane volunteered his time as JV basketball coach (DHS), Varsity Baseball Head Coach (Brookfield HS), Varsity Football Assistant Coach (Brookfield HS) and College Basketball Assistant Coach at Canterbury School.

An accomplished skier and instructor, he was part of the ski patrol and was a ski instructor from 1949 to 1953 on the Mad Hatter ski slope. At Big Birch, he was a patrol leader and trainer from 1954 to 1967 and director of the ski school from 1967 to 1995. He was director of the ski school at Thunder Ridge from 1995 to 2003. Don was president of the Connecticut Buddy Warner Junior Race Program and race trainer from 1965 to 1970. He started the NY / CT Junior Race Program in 1969. From 1949 to 1970, Don was a level 3 professional ski instructor. From 1972 to 1977, he was a professional ski instructor, Eastern Division and was made a life member for 40 years of continuous service. Civically, Don is president of the Plumtrees School Association.

Played in baseball, basketball and football with the Danbury Hatters in 1987-88 and the Western CT State University Colonials from 1990 to 1992. In baseball, Tony was a pitcher, center fielder and ball player. first baseman, and was named to the FCIAC All team in 1988. He played on the Connecticut team in Connecticut vs. Massachusetts All Star Game. In 1988, Tony threw a hit against Ridgefield. At WCSU, Tony was selected to the All-New England squad as a center fielder for the Colonials.

Competed in cross country, indoor track and outdoor track for Bethel High School. He was the 1978 Connecticut State Open champion in the mile race, the 1977 Connecticut M-class state champion in the two-mile race, and the three-time individual cross-country champion in the Western Connecticut Conference. He led Bethel High to four consecutive WCC Cross Country Championships and two Class M State Championships. He then attended Rutgers University, where he again raced cross country, indoor track and the outdoor track, posting a time of 3:51 for the 1,500-meter championship from New Jersey College at Princeton University and was part of the Rutgers 4X1500-meter relay team in the 1980 Penn Relays. Pat was a professor of history in high school for 36 years, working at Bethel High, Lincoln Hall School for Boys, Henry Abbott Technical High School, and Ridgefield High School. He has served on the Bethel Youth Commission, the Bethel Board of Education, the Bethel Board of Selectmen, and currently serves as the City of Bethel Historian.