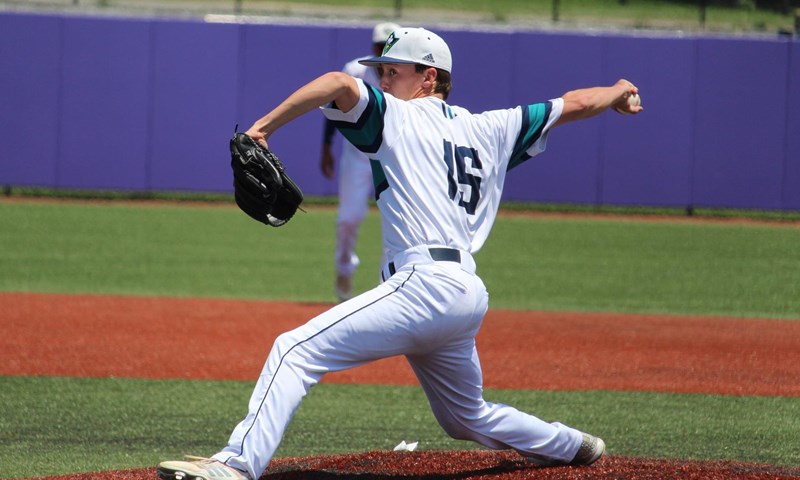 reliever Taylor Clark, who spent one season pitching for Towson and his last two in Charleston, left the Arizona Diamondbacks after three big-league games and earned a spot in the Kansas Royals bullpen. City. Clarke was CAA Pitcher of the Year in 2015.

Bailey Ober, who was CAA Rookie of the Year for Charleston in 2014, will be part of the Minnesota Twins’ starting rotation. Ober made 20 starts for the Twins in 2021, his first major league season, making the jump after just four Triple-A starts. The North Carolina native made 39 starts for the Cougars from 2014-17 with a 24-9 record.

Delaware Elder Chad Kuhl will be entering his sixth major league season and his first in the Colorado Rockies rotation. Kuhl made 28 appearances for the Pirates in 2021, including 14 starts, in his final year with the club he broke into the majors with in 2016. Kuhl was an All-CAA selection for Delaware in 2013.

Ron Marinaccio made his first opening roster, as the former Delaware travels to the Bronx as part of the New York Yankees bullpen. Marinaccio has made 40 appearances out of the bullpen between Double-A and Triple-A in 2021. The 2017 All-CAA winner will wear stripes on Friday as the Yankees opener is rainy on Thursday.

former UNCW Ryan Jeffers will start the year with the Twins and see some time behind the plate for Minnesota. Jeffers played 85 games for the Twins last season, his second with the parent club, having made the Double-A leap in 2020.

Austin Warren gives UNCW three alumni on Opening Day rosters with a spot in the Los Angeles Angels bullpen. Warren, who made 16 appearances for the Angels as a rookie in 2021, closed out the Seahawks’ 2018 title with a three-inning scoreless stoppage.


Two Northeast alumni will start the season on the big league pitching staff. Adam Ottavino is entering his first year with the New York Mets after playing 69 games out of the bullpen for the Red Sox in 2021. Ottavino, who broke into the big leagues in 2010 with St. Louis, was a All-CAA selection in 2006.

Aaron Civale will take a turn in Cleveland’s rotation for the fourth season. Civale had a career-high 21 MLB starts in 2021 and was CAA Co-Pitcher of the Year in 2016.

Bruce Zimmerman, who pitched for two seasons at Towson before moving to Division II Mount Olive, will start the home opener for the Baltimore Orioles. Zimmermann made 29 appearances for the Tigers from 2014 to 2015.


Three CAA-linked Old Dominion alumni continue major league careers in 2022. Two-time Cy Young winner Justin Verlander returns to Houston Astros rotation after missing all of 2021. Daniel HudsonWorld Series winner with the Nationals in 2019, is back for a second stint with the Los Angeles Dodgers, while Ryan Yabrough is entering his fifth year on the Tampa Bay Rays pitching team. Verlander and Hudson earned All-CAA recognition during their time with the Monarchs.


Another Elon alum earned a spot on the San Francisco Giants pitching team, as John Brebbia will enter his fifth season in the major league. Brebbia, who pitched for the Phoenix during the SoCon era, is in his second year in the Bay Area after three seasons with the Cardinals.