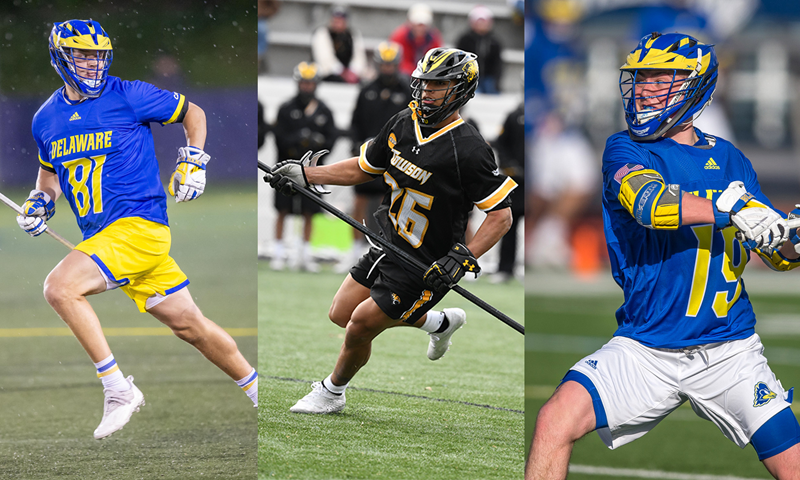 Defender of the University of Delaware Owen Grant was a second-team All-American selection, while teammate mike robinson and Towson University Koby Smith received an honorable mention All-American in offense and defense, respectively.

Grant won CAA Defensive Player of the Year honors for the second straight season, marking the first player to achieve the feat since 2013-14. This season, the senior defenseman has caused 35 turnovers and ranks 11th in the NCAA with an average of 1.84 turnovers caused per game. Grant has caused at least one turnover in 18 of 19 games this spring, including 11 games with two or more. Additionally, Grant has 47 rushed balls while scoring six goals with three assists for nine points this season.

This spring, Robinson was a second-team All-CAA selection and finished the year as the conference’s top scorer with 53. The junior forward added 15 assists for a total of 68 points, ranking fourth in the CAA with 3.58 points per game. Robinson has scored at least one goal in 18 games this season and has three or more in nine games.

Grant and Robinson helped Delaware win its first CAA championship title since 2011, and a pair of NCAA Tournament victories as the Blue Hens advanced to the national quarterfinals this postseason.

Smith was recently selected by Atlas Lacrosse Club in the 2022 Premier Lacrosse League (PLL) draft with the fifth pick in the first round. Atlas LC begins its 2022 campaign on Saturday June 4 against Lacrosse Club Redwoods and can be viewed on ESPN.