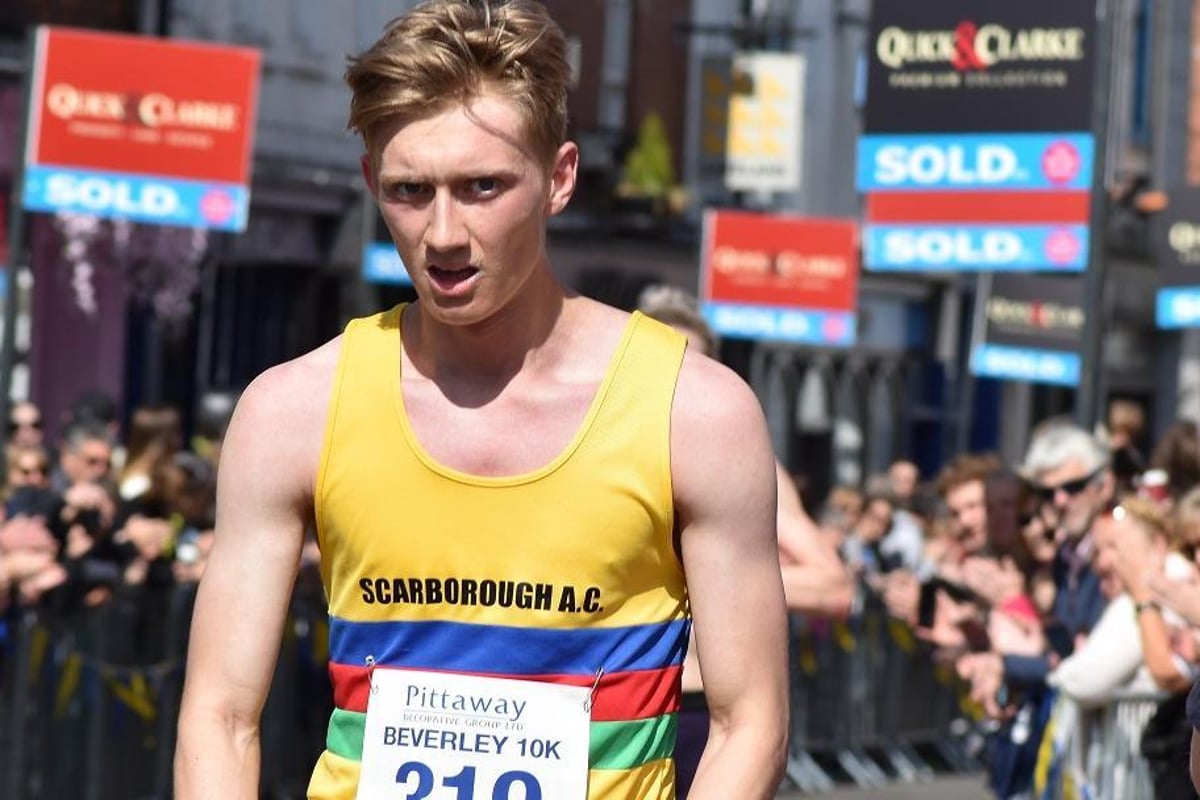 By Kara J. Rosati On Jun 8, 2022
Share
Jackson Smith has been named Junior Athlete of the Year for Scarborough AC

Recognition by the Scarborough Athletic Club

Shaun Tymon – In recognition of his time with the club, supporting the presidents and the board, and in particular the support he has given to the current president, and for the 11 years he served on the committee

Heather Westron – In recognition of the many hours of work put into our member’s registration and the behind the scenes work to keep it up to date.

Tony Gough – Tony worked and worked all season to dramatically improve his 10 kilometer and 10 mile times and came back from several injuries to run a first marathon in 3 hours 14 minutes.

Andy Doody – Zero to 26.2. After recovering from an illness, he achieved incredible achievement in going from a non-runner to a marathon distance in 18 months, while improving over 10 kilometer, 10 mile and half distances. marathon.

Junior athlete of the year.

Jackson Smith – For his achievements in junior and senior athletics and also in road racing, including winning the Tholthorpe 10 kilometer road race.

Contribution to the Club – Clubman of the Year

Adie Atkinson – Presented in recognition of his work leading the race, supporting other club members at events, sacrificing his races to help others succeed and improve. he also managed to set his own marathon time in less than 4.5 hours, even though training was interrupted by injury.

Chris Wade – Supported the club’s senior and junior athletes throughout 2021. Always ensured a session was set up even when he couldn’t attend.

Daniel Bateson – 2 hours 46 minutes in York, which was an exceptional time.

Rhona Marshall – 3 hours 3 minutes in Boston, earning a qualification for the UK Championship integrated into the London Marathon. She has since improved for a marathon under 3 hours in Manchester

Rhona Marshall – Impressive 10 kilometer results throughout 2021, including overall results of a first place, second place and two third place finishes (which were 2 x 1st and 2 x 2nd in the category of age)

Neil Scruton – Following his return from knee surgery, Neil still competed in Cross-Country, Fell Racing, Road Racing and Parkruns, and took first place in his age class in all but one race in 2021 He has represented the club at many events over the 2021 season. He also supports the club behind the scenes with work on the cross country course, handicaps and the McCain 10 kilometer event. He also enjoyed club social events, including the trip to Liverpool.

Presentation of the club president

David Field – A committee and club membership presentation (presented by Dale Hepples), in recognition of the support and efforts given to the club and its membership over the past two years.

A number of other personal thanks and introductions were made to various members of the club, for the work and support given to the various activities that the club organizes and supports.

Due to the limited competition available to Scarborough AC juniors during the year, the following junior club members who competed for the club received an award to recognize their contribution and achievements

Over 55 years old. Sally Kingscott and Brenda May