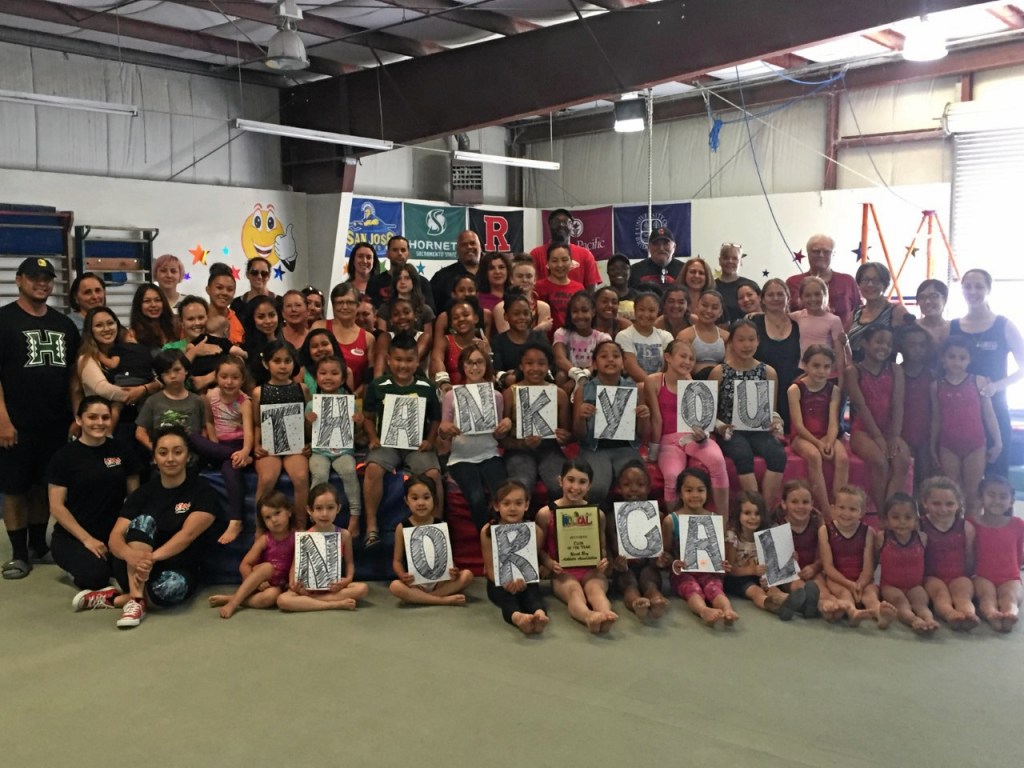 For decades, the North Bay Athletic Association Gym has been training and mentoring young gymnasts in Vallejo, but the news the organization received last week sent it over the edge.

For the first time in its history, the Mississippi Street Gymnasium was named by NorCal Women’s Gymnastics as the state’s Club of the Year for 2017-2018.

“It’s so amazing, and it’s so important to our little gymnasium,” said gymnasium head coach Susie Goodmanson. “A lot of gyms in the state have up to 3,000 people and our gym only has about 500. So it’s really a great honor for us.”

Goodmanson said that in early June, NorCal’s governing association met to vote on things including best coach and club of the year. Prior to this, the North Bay Athletic Association had sent NorCal a nomination letter explaining why she should be considered. The gymnasts’ qualifying scores weren’t the only thing looked at.

“Part of the letter explained everything we do for the community,” Goodmanson said. “We have a free gym a few times for low income families and we try to help others. … During the Northern California fires in the fall, many gyms in Napa were unable to hold their competitions, so we brought them here and waived all fees.

Heather Finger, a longtime gymnast who graduated from St. Patrick-St. Vincent High last month and heading to California, Berkeley in the fall, had some nice things to say about the gym.

“It’s a place that made me who I am,” Finger said. “Helping the community here has helped me appreciate the area. It’s not just about working with all the kids here, it’s the whole environment of Vallejo. This gym will be part of my life forever.

The award means even more to the gym given the tough times it has been through over the past decade. North Bay faced flooding in 2005, 2012 and December 2016. In 2016, the gymnasium, which sits below sea level, experienced severe water leaks despite the frantic efforts of staff and volunteers to stem the flow with sandbags. Water seeped through the front door and also along the back wall, causing damage to floors and equipment. However, the North Bay Athletic Association overcame the tough times to win the award a year and a half later.

The North Bay Athletic Association has been around since 2001, but previously the facility was known as the North Bay YMCA. When the gym was awarded the Club of the Year honor, Goodmanson said everyone celebrated in style. “We had cake, balloons and took a picture to thank NorCal,” Goodmanson said. “This couldn’t have happened without everyone’s hard work. Coaches, athletes, parents, everyone.