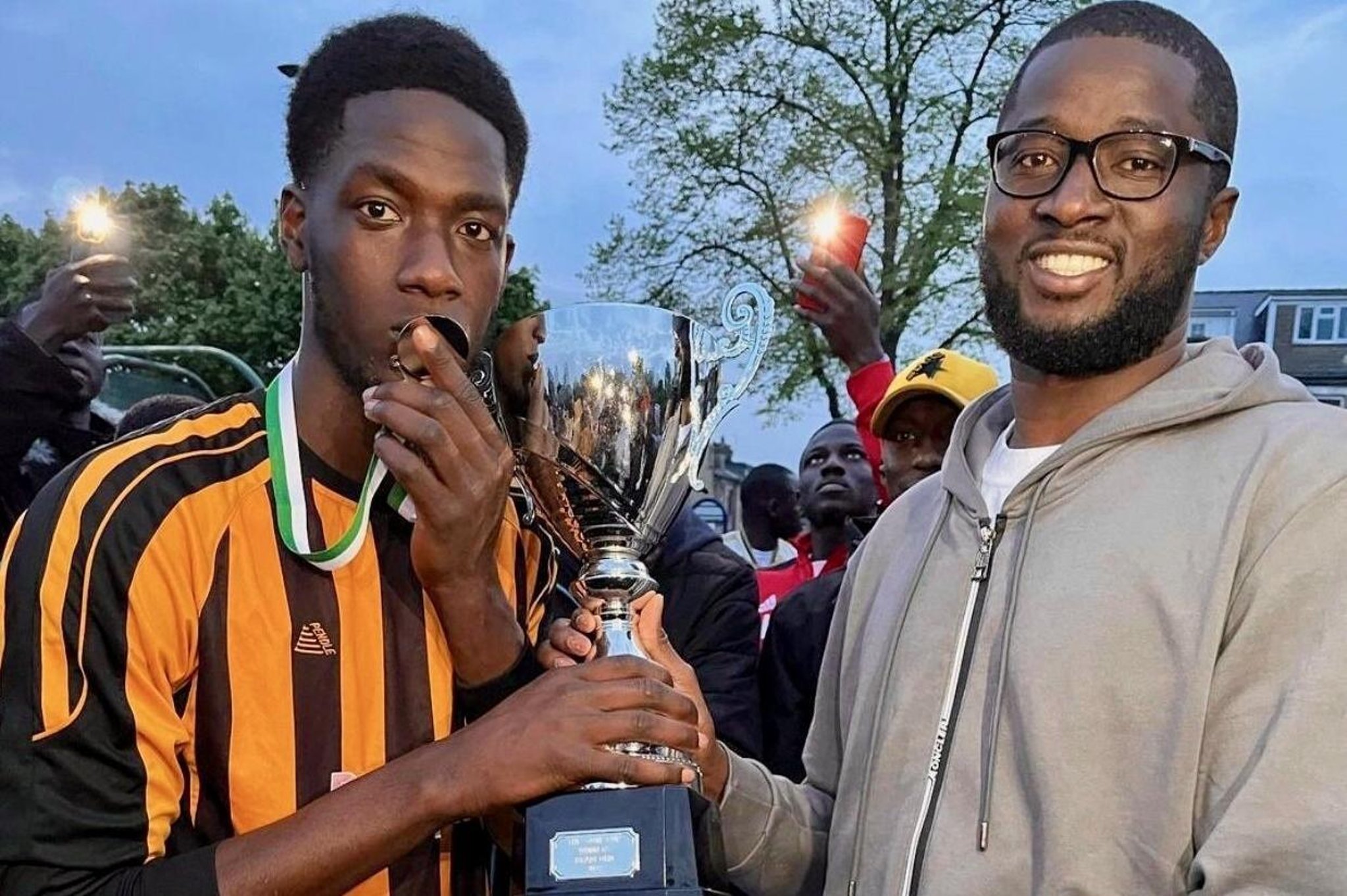 Two teams from Bradford, Birmingham and London plus one from Wakefield and Bristol took part in this annual post-season tournament which saw teams in two groups with matches lasting 30 minutes each.

In their group matches, Wakefield Athletic drew 1-1 with hosts Bradford B with Banta Camara on target. The second game against Birmingham B produced a 0-0 draw with Athletic goalkeeper Ali Jamegeh in fine form.

In a last-ditch game to qualify for the semi-finals, the Wakefield side took a 2-0 lead before overcoming a London B fightback to win 3-2 with goals from Ibi Marong (two ) and Lass Saho.

The semi-final saw Birmingham A and Athletic scoreless after 30 minutes, but Wakefield won a penalty shoot-out 5-4.

The final saw hosts Bradford A, with a large home crowd behind them, take a 1-0 lead in a dominating spell before surprise forfeits. Athletic fought back to win 2-1 with goals from Saho and Mohamed Camara to be crowned the 2022 Soni Friendship Cup winners.

Wakefield Athletic A, meanwhile, fought their way through a tough game at Kirklands Reserves to earn top three points in a midweek Wakefield Sunday Championship One game.

The hero of the hour was substitute teenage striker Burhan Ahmed who delivered two clinical finishes to claim his brace in this comeback win.

Athletic got off to a shaky start which saw the Kirklands side dominate the first half-hour before taking the lead when Liam Atkinson capitalized on a deflected clearance.

The visitors made positive changes at the turn and changed the complexion of the game before producing a period of attacking football, cultivating an opening for Burhan Ahmed who equalized with a precision effort past Kirklands’ in-form diving keeper Chris Markey.

With ten minutes remaining, Ahmed doubled that tally for what turned out to be the winning goal with a fine finish from outside the box.

The Mikey Bell man of the match award for Wakefield Athletic A was shared by Jonathan Hoddell, Alexandru Cazacu and Mohammed Usman.