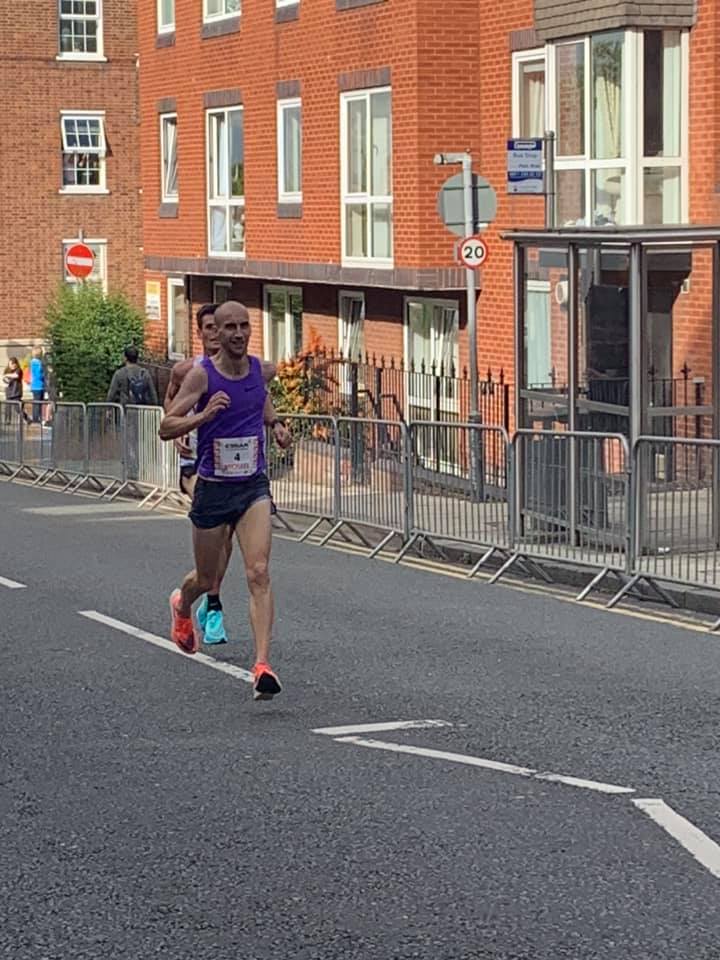 Michael Young at the Chester Half Marathon

Michael Young achieved a record performance in the Chester Half Marathon.

The West Cheshire AC runner broke the senior men’s and men’s club half marathon record with a time of one hour 11 minutes 22 seconds.

Eloise Eccles, of West Cheshire AC, finished second and sixth overall in the Self Transcendence 24 hour track race at Battersea Park Millennium Arena, where she completed 133 miles which is an automatic qualification for Spartathlon, more a 100 mile split time of 16 hours. 47 minutes.

The West Cheshire AC trio of Ruby Phillips, Jessica Lark and Luke Parker all reached the podium in the first round of the North Staffs Cross Country League. They all secured second place in their age group races held at Betley Court Farm near Crewe.

Phillips finished the girls ‘Under-13 race, while Lark led the Under-15 girls’ team from Aimee Phillips (sixth) and Cosette Wearden (11th) in first place, and Parker a finished in front of his teammate Ellis Hancock (14th) in the boys under 15 years old. Event.

Daniel Walker (11th) and Mack Tordoff (31st) finished the Under-13 race for the boys, while sisters Georgina and Henrietta Duffey finished 12th and 13th in the Under-17 respectively, and their mother, Alex , finished 94th among women. Paul Morrison finished the men’s under-20 event in sixth place, while Steve Fernyhough (27th), Dave Alexander (42nd) and Andrew Clague (48th) finished the senior and veteran men’s event and are third in the general classification of the team event of division 2.

Jessica Lark ran the mile at Bebington Oval and set a new West Cheshire AC Under-15 age group record of 5: 34.1. This weekend’s fixtures include the West Cheshire AC Schools Cross Country Races at Ellesmere Port Sports Village on Saturday (registration at 9:30 am for Grades 3 and 4, starting at 10 am). There will be races for 3rd, 4th, 5th, 6th, 7th and 8th students.

After 17 months, Cherry Circle Hall will reopen inside the Chicago Athletic Association