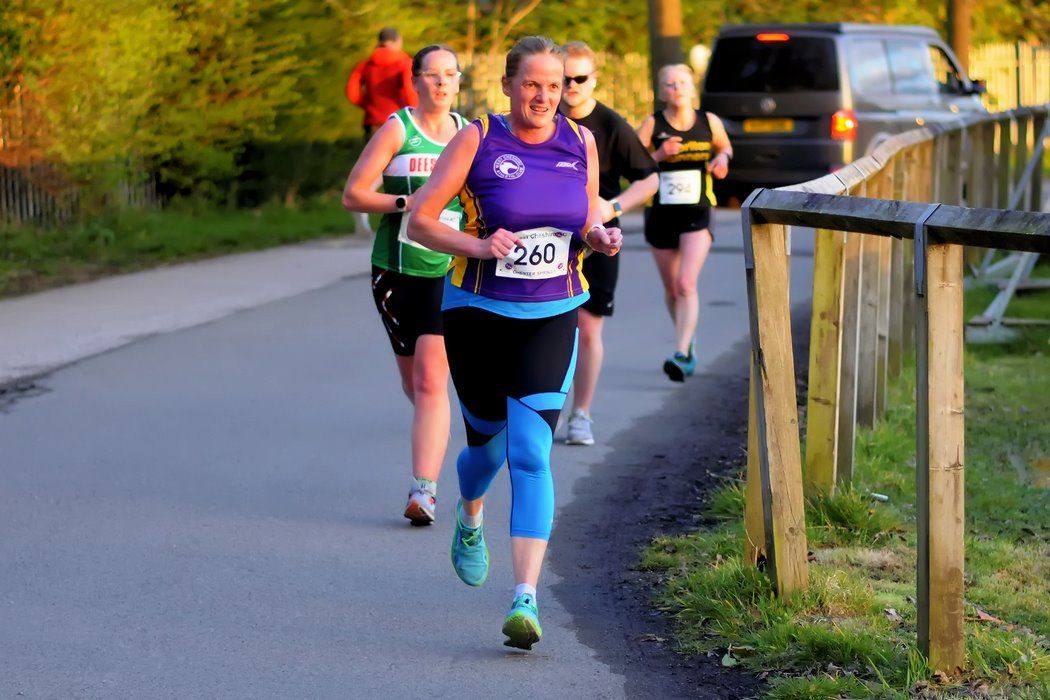 Jamie Richardson won the race and equaled the all-time five-mile club record of 25 minutes 21 seconds, while his daughter and mother, Jodi and Debra Bemand broke their own age-group club records.

Cosette Wearden (under 15 girls 3km), Evan Miller (under 15 boys 1200m) and sisters Aimee (under 17 women one mile) and Ruby Phillips (under 15 girls 600m) all broke the records for the West Cheshire AC age group at the Warrington AC Open Athletics Meeting.

Fixtures this weekend include the Macclesfield Open Athletics Meeting to be held on Saturday April 23, and the first round of the Under-17 and Under-20 Youth Development Athletics League at Bebington Oval on Sunday, and the Wrexham Marathon and Half Marathon. on Sunday.

The Cheshire AA Athletics Championships will take place at Macclesfield on Saturday and Sunday 14th and 15th May. Online registrations are now open here.