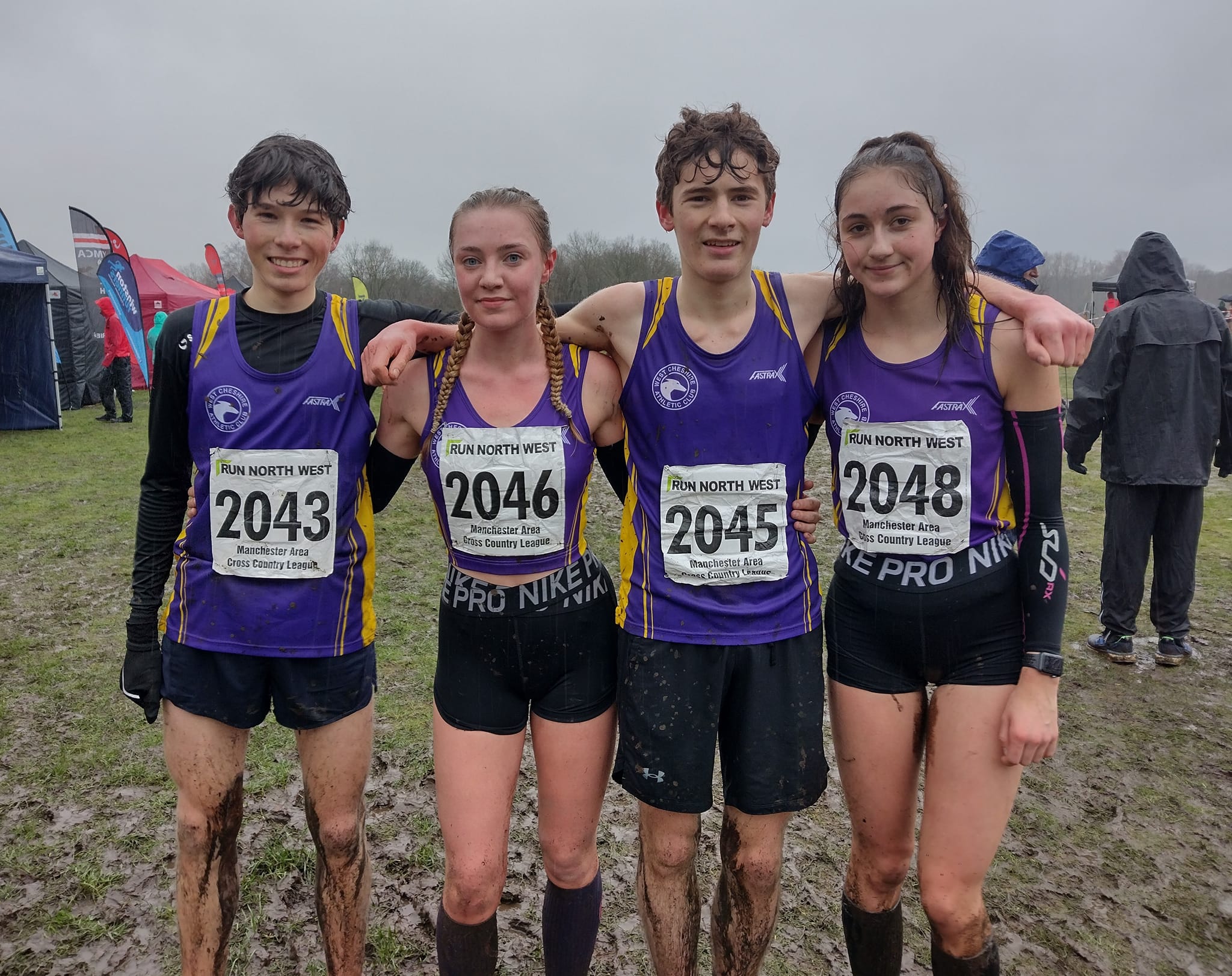 Ellis Williams and Macey Jones impressed at the North Wales Indoor Athletics Championships, while Neil Hershaw excelled at the seaside, and Ellie Robinson, Dave Alexander and Carys Roberts made the top three performances at the Manchester Area Cross Country League.

Ellis took the win with a time of 11.34 seconds in the 60m hurdles in the indoor match held at Deeside College, Connah’s Quay, alongside Macey who bagged a silver medal in the 60m final with a time of 8.11 seconds.

Neil celebrated success in his age group of 55-59 with a time of 31 minutes 24 seconds at the Rhyl Five Mile Road Race, while Lewis Tandy posted 58 minutes 13 seconds for fifth place in his group of age from 21 to 34 and seventh overall. the Rhyl 10 Mile road race.

Sammy Hollins finished fourth in the men’s under-17 race, ahead of Henry Robinson who finished seventh. Kate Titlow secured an impressive seventh position in the senior women‘s race in Manchester, backed by Debra Bemand who finished 17th in her over-50 age group.

Thomas Rimmer took 11th place in his Boys Under 13 race, while Sophie Haslam took 19th place in the Girls Under 15 event. Dylan Gledhill finished 21st in his last appearance in the boys under-11 age group.

Fixtures this weekend include the English National Cross Country Championships, at Parliament Hill, London, on Saturday, and the Borders Road Running League Fourth Round hosted by Deestriders Running Club, at Deeside College, Connah’s Quay, on Sunday ( start at 11 a.m.).

After hosting the two Dan Gilroy Memorial Open Meetings, the club will host the first round of the Northern Track and Field League on Saturday April 30, before hosting the West Cheshire AC Schools Cup match for local high schools on Thursday May 12 . .

The Club will host the Under-13/Under-15 Youth Development League third round on Sunday July 3, before hosting two Cheshire League matches on Sunday July 17 and Saturday September 4.

Anyone wishing to attend the Dan Gilroy Memorial Open Athletics Meetings hosted by West Cheshire AC at Ellesmere Port Sports Village on Sunday March 20 and Saturday March 26 can do so at: http://wcac.niftyentries. com/Dan-Gilroy-Memorial-Open-Track-and-Field-Meetings