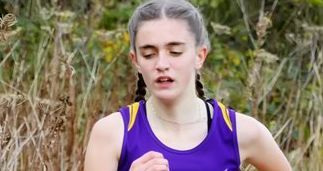 Jessica won the Under-15 race in Round 3 of the North Staffs Cross Country League at Park Hall Country Park, Stoke on Trent, where she clocked nine minutes 42 seconds, while Michael took to glory in the Chester Zoo 10k Road Race in a time of 32 minutes 44 seconds.

Jessica was supported by teammates Isabella Rimmer (10th at 10:54 am), Aimee Phillips (11th at 11:00 am) and Cosette Wearden (12th at 11:09 am) to ensure West Cheshire AC remains top of the women’s Under-15 team. years. event with one round remaining on Saturday 18th December at Betley Court Farm, Crewe.

Registration is now open for the Chester Round The Walls run by West Cheshire AC on Boxing Day. The race registration link is here.

Registrations are now also open for the British Cross Country Challenge to be held at Sefton Park, Liverpool, on Saturday 27 November, for U11s, U13s, U15s, U17s , under 20s and seniors. The link is here.

Online registration for the two events of the Northern Indoor Athletics Championship is now available on: January 15 and 16 – Seniors: here. February 6 – U15 / U13: here

League of parity rules in 2021