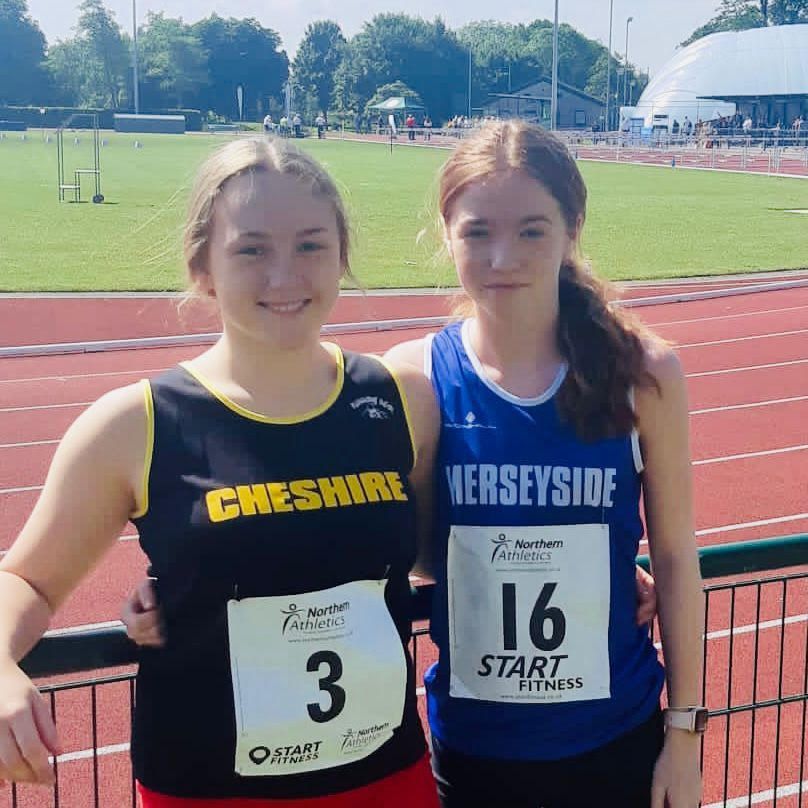 Nathan Brassington and Sophie Haslam have booked their places in the final of the English Schools Combined Events Championship.

He was backed up by County teammates Henry Smith who was fifth and James Hogarth in eighth. Sophie, representing the Junior Girls winners from Merseyside, finished fifth in her pentathlon competition.

Sophie was supported by her teammate Sadie Madigan who won the title and by Renee Adams in sixth place. Cheshire also won the boys’ intermediate octathlon and girls’ intermediate heptathlon team titles.

West Cheshire AC finished their three-round Under-17 and Under-20 youth development campaign in the One West Division of the Athletics League in third place. Sammy Hollins and Imogen Pughe both celebrated their double wins in Sunday’s final which took place at Stanley Park in Blackpool.

You can enter through the link.