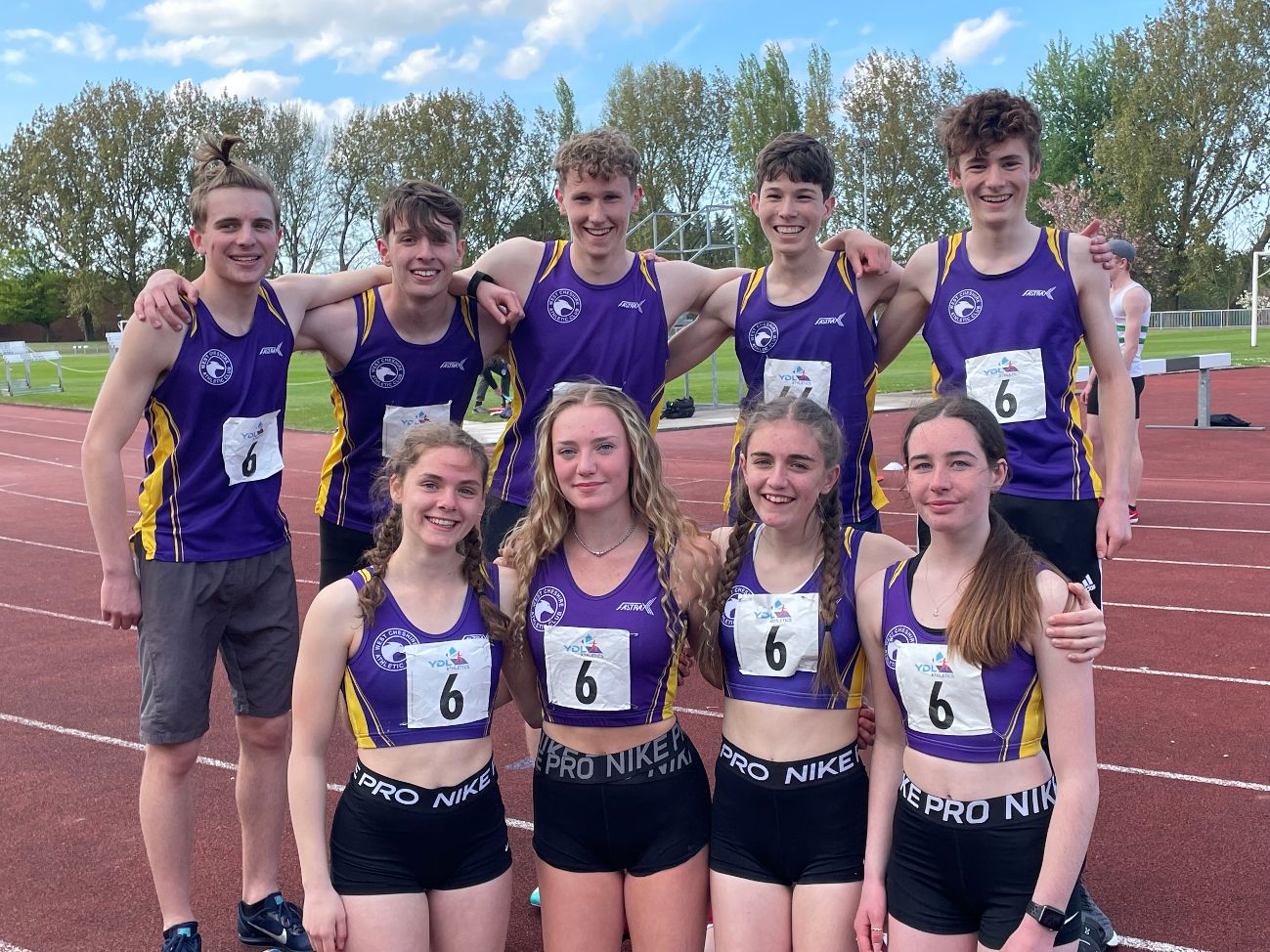 Eloise Eccles and Liz Renondeau have been selected to represent Great Britain and Northern Ireland.

The West Cheshire Athletic Club pair have been rewarded for the impressive form they have shown in their recent performances.

Eloise will make her British debut at the IAU 24 Hour European Championships in Verona, Italy on September 17-18.

Eloise completed her lifetime record of 214.410km on her first 24-hour weekend outing at Bedford International Stadium. And Liz, who coaches at West Cheshire AC, has been selected to represent Great Britain at the inaugural IAU 50km European Championships to be held in Avila, Spain on October 8.

Fergus Garland anchored West Cheshire Athletic Club to success in a thrilling first round final of the Athletics League’s Under-17 and Under-20 Youth Development League campaign.

Fergus clocked 53 seconds to give his side a memorable win at Bebington Oval and secure third place for his club in the seven-club competition. Fergus combined alongside Nathan Broomfield (56.7 seconds), Jamie Richardson (57.2) and Sammy Hollins (55.7) to post a cumulative 4x400m time of 3:42.6.

Jodi Bemand and Imogen Pughe also celebrated club-record performances at the event where they combined alongside Aimee Phillips and Jessica Lark to clinch second place in the 4x400m relay. Jodi finished the women’s under-20 1500m steeplechase in a time of 5.36.2, having also clocked 15.7 in the 100m and 77.3 in the 400m hurdles.

Abigail Cartwright (triple jump, shot and discus) and Francesca Pughe (shot, discus and hammer) combined for major points in the women’s under-20 events and received on-track support from Carys Manson who posted 13 .9 in the 100m and 28.2 in the 200m, alongside Carys Roberts who posted 63.5 in the 400m.

The quartet of Wisbey, Smith, Lark and Holmes clocked 55.9 for third place in the 4x100m relay.

Neil Finegan celebrated a club record over 45 men for the Wrexham half marathon with a time of 75 minutes 33 seconds, alongside Michael Young who posted 69:35. Rosemary Rogers posted 44.54 during the Hale Five Miles road race.

Entries close May 7 for the Cheshire AA Athletics Championships to be held at Macclesfield on Saturday and Sunday May 14-15.