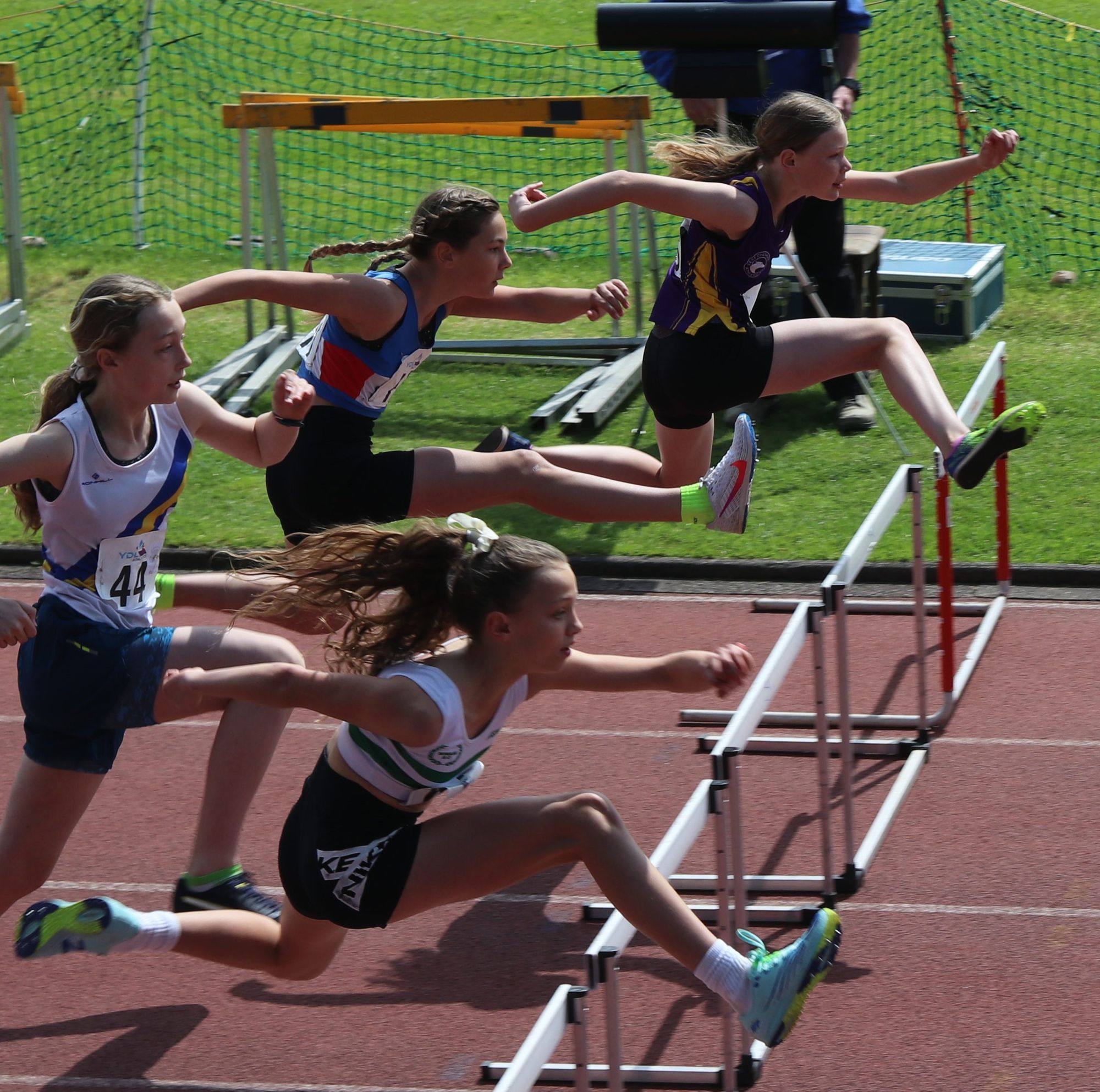 Mae Grant in the 70m hurdles.

The West Cheshire Athletic Club member earned a second-place finish in his 55-59 age group at the Southport Triathlon on Sunday.

Traci finished 30th overall in the women’s race which drew 159 finalists to secure her place at next year’s European Championships to be held in Belgium.

The Ellesmere Port Sports Village-based team travel to Manchester for the second round of the Under-13 and Under-15 Athletics League.

Holly Bosworth, Macy Brett, Macey Jones and Emily Owen combined for victory in the Under-15 Women’s 4x100m clocking 51.40 seconds, and Macy Brett, Cosette Wearden, Ruby Philips and Sophie Haslam celebrated their success in the 4x300m women’s under-15 relay with a time of 2:59.05.

Eva Brooks, Lydia Walker, Nancy Collins and Faith Barlow-Gambles then teamed up for first place in the under-13 women’s 4x100m relay in 55.58 seconds.

The next round of the YDL Under 13s/Under 15s competition will be hosted by West Cheshire AC at Ellesmere Port Sports Village on Sunday 3rd July. Michael Young represented West Cheshire AC at the Great Manchester Run Half Marathon and clocked an hour 11 minutes and 51 seconds for seventh place.

Fixtures this weekend include the second round of the Athletics Under-17 and Under-20 Youth Development League in Wigan on Sunday (11.15am start).