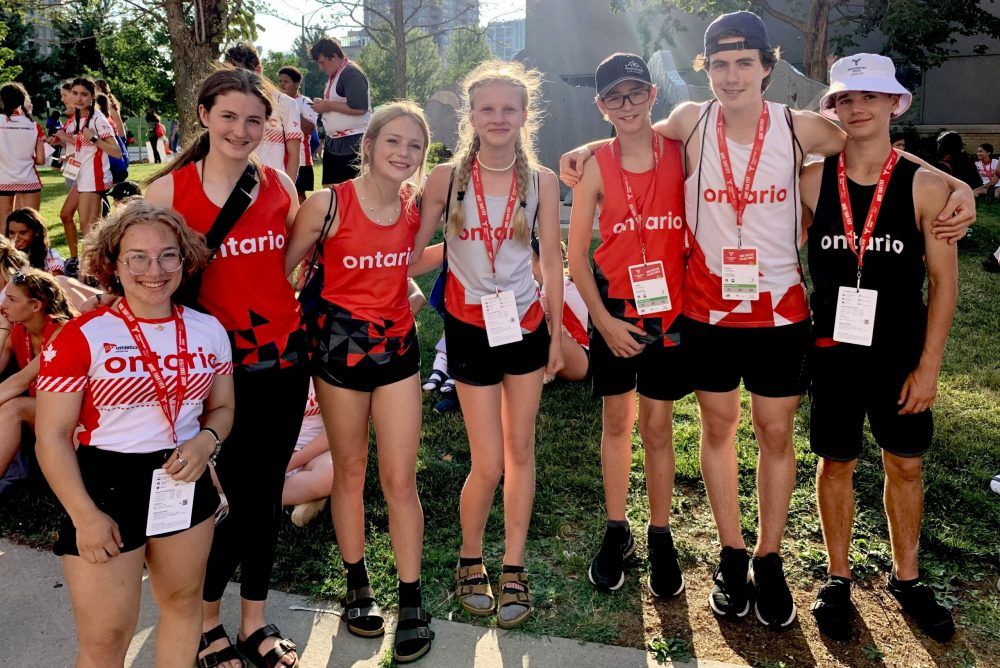 Gage Harmer won gold in the men’s under-14 tetraathlon. Harmer, who was competing in combined events for the first time, tallied 665 points in the 80-meter hurdles, shot put, high jump and 200-meter sprint. He also took silver in the 200m hurdles – his first appearance in the event – ​​with a time of 39.23 seconds and was part of the 4x100m relay team that finished first in 56.16 seconds. He just missed the podium in the shot put with a personal best at 7.74m.

“Gage has had a taste of competition and wants more,” said WLAC coach Jag Rai, who was also the red team’s throwing and combined events coach at the Ontario Summer Games. .

“A wonderful weekend for Avery setting many personal bests and enjoying the experience,” Rai said.

“Charlotte ran a lot this weekend,” Rai said. “To be exact, she ran 5.3 kilometers of high-level running.”

Peyton Barron competed in the pole vault for the first time and placed second among girls under 16 after clearing 1.90m.

“Peyton put in a stellar performance, setting personal bests in all of her events and scoring points for her team,” Rai added.

WLAC alum Charlotte Bolton won para discus gold with a top toss of 26.06m. She won silver in the shot put with a best throw of 7.25m.

“Charlotte had a blast and brought such positive energy to the games,” Rai said.

Noah Caswell set personal bests in the men’s under-16 division and qualified for the Legion National Championships in the 100m, 200m and 300m sprints. His time of 38.14 seconds in the 300m set a club record.

“It was an amazing weekend for him,” Rai said.

Everett Carne had to withdraw from the men’s under-16 division due to injury after the 100m.

“He had an amazing time and is grateful for the experience,” Rai noted.

The red team, which included Piscione, Harmer, Barron and Rai, won the OSG Cup 4.5 points ahead of the white team.